Our loon chicks are now ten weeks old. I had a chance to visit them on Saturday. Both appear to be doing well. Both have grown considerably since I last visited (18 days ago). They're now nearly adult size. They're foraging on their own, but still want their parents to feed them. They're getting very independent, much of the morning the family was spread out over something like half a mile of pond. Both chicks surfaced with crayfish and I saw a couple instances where a chick brought up a fish to get it pointed in the right direction, but not sure if it was both chicks or one repeatedly.

They've lost their fluffy look and are growing into their winter plumage. Their bills are elongated and now look like the adult's.

Let's go back to when they were five and six days old. Notice their bills. 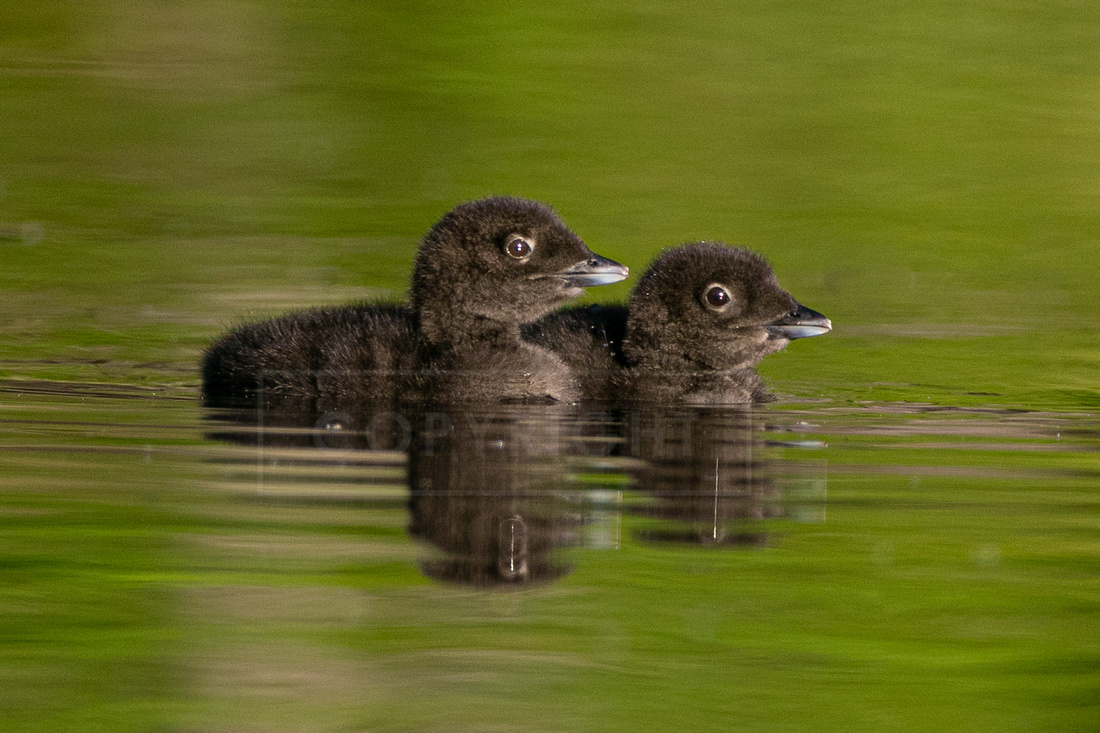 This chick surfaced close to my boat this morning, you can see the how the bill has changed. 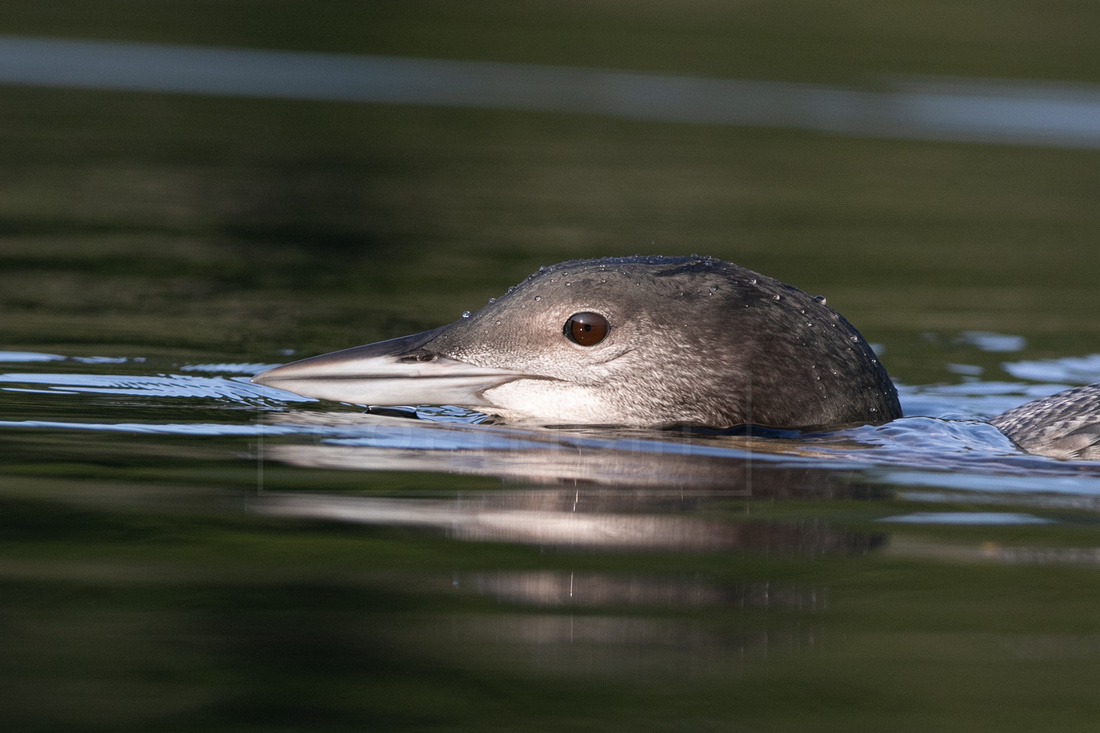 Loon chicks will pester their parents when they're hungry (which seems to be most of the time they're not sleeping). They'll poke and nibble their parent, usually around the neck, until the parent dives. The parents kept their distance from the chicks for much of the morning. They'd close up now and again and spend some time feeding the chicks. Several times I saw a chick try to approach a parent, only to have the parent dive and move away. They probably just needed some peace and quiet for a few minutes.

Here's a chick closing in on one of the parents. 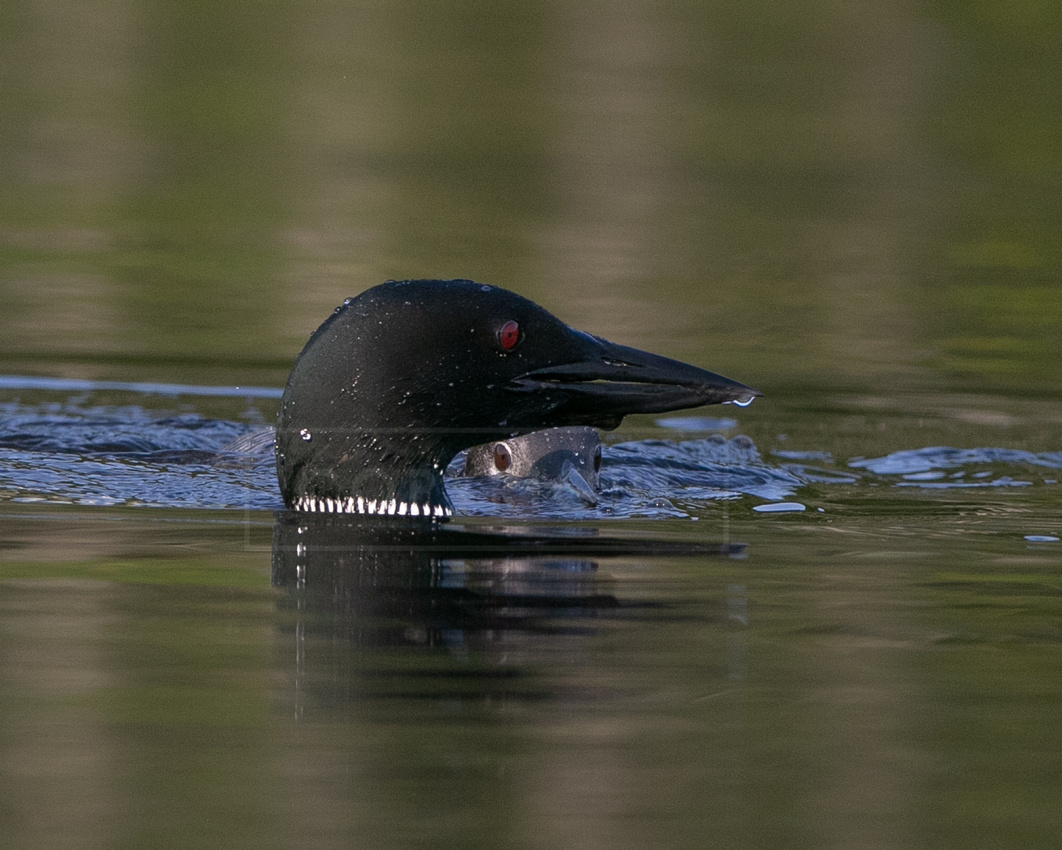 And a few shots of the chicks pestering an adult. 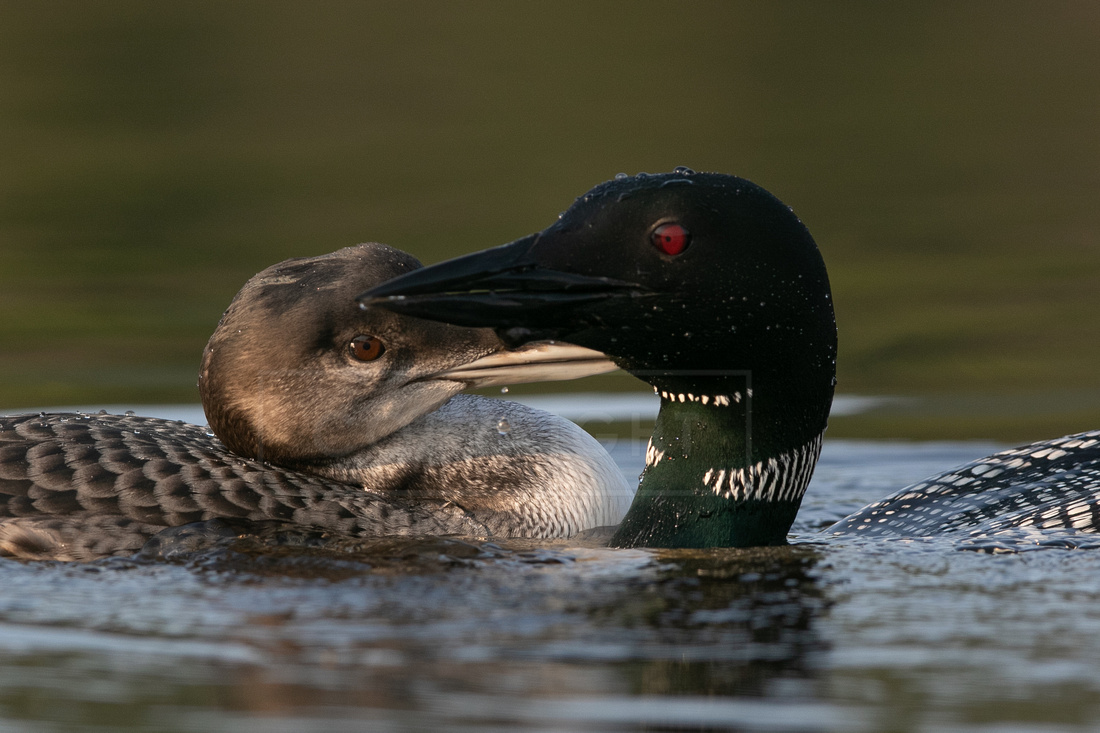 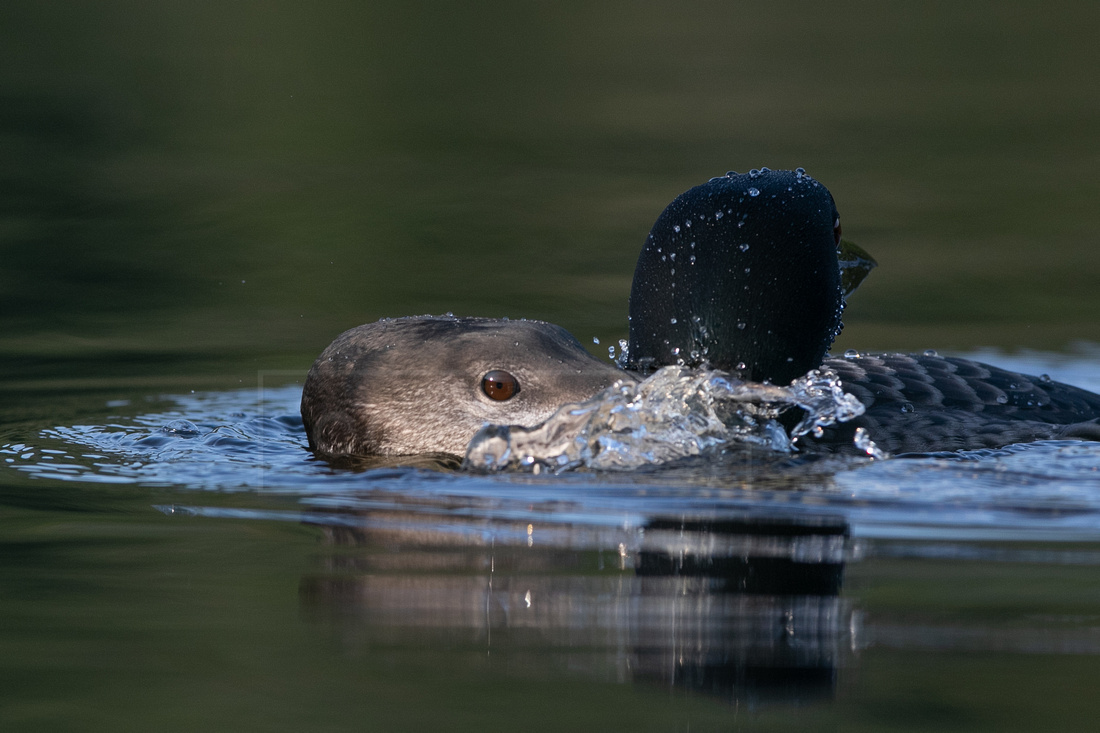 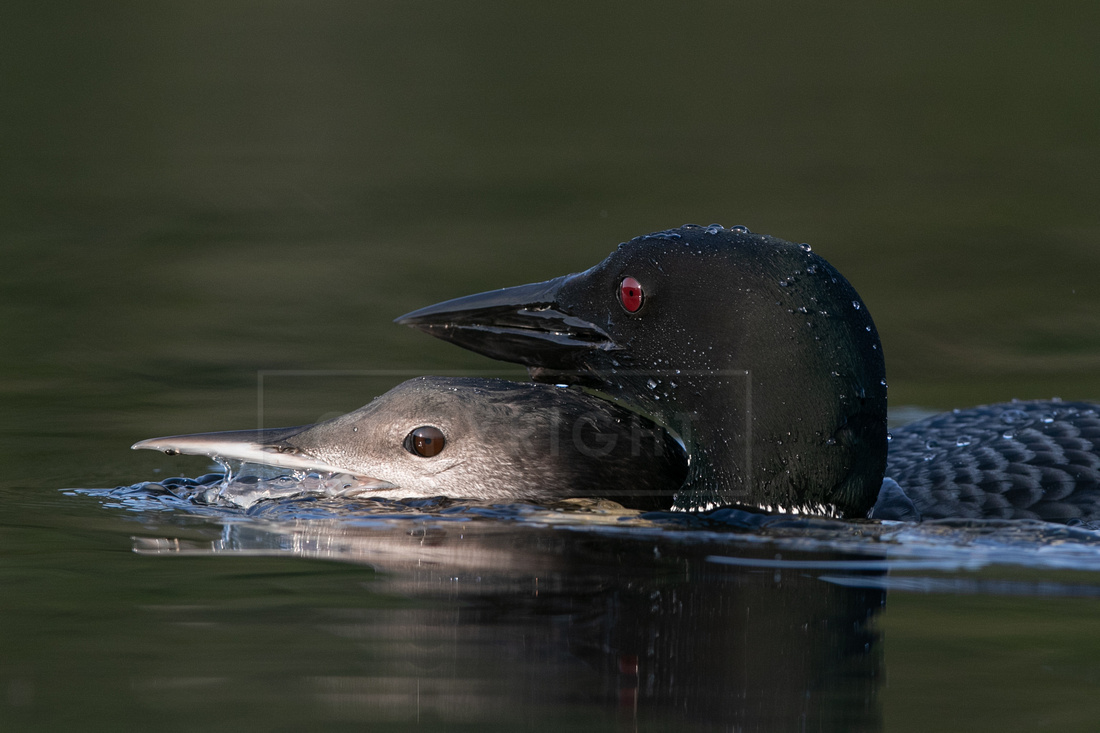 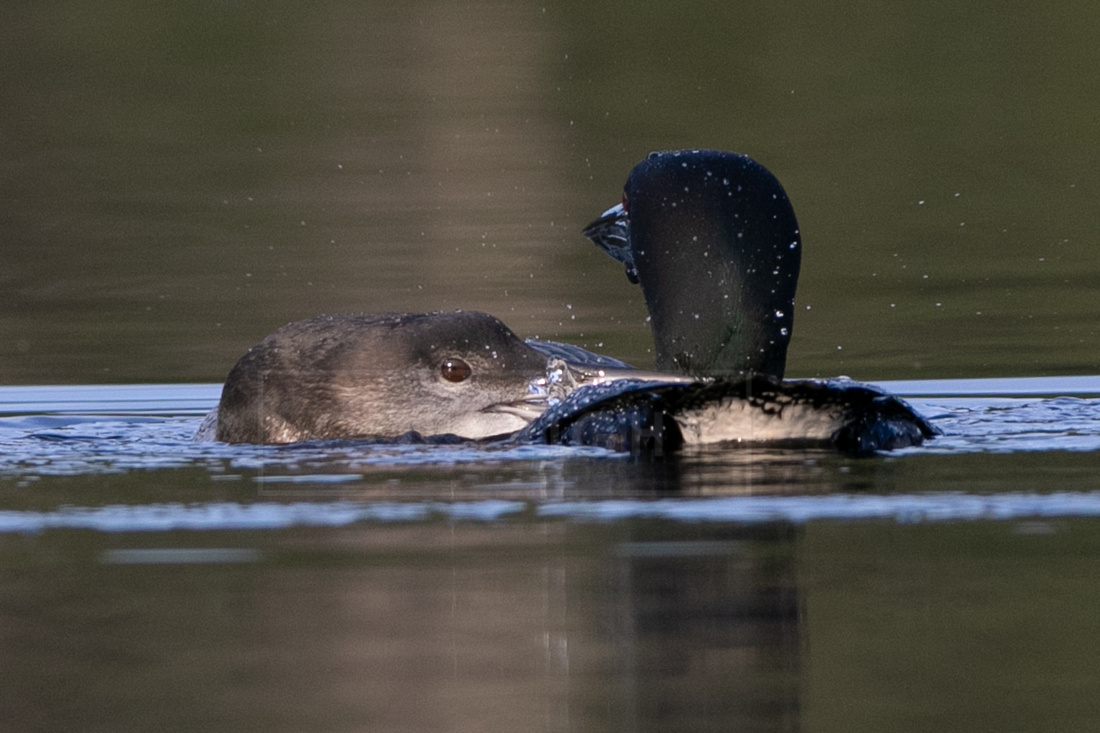 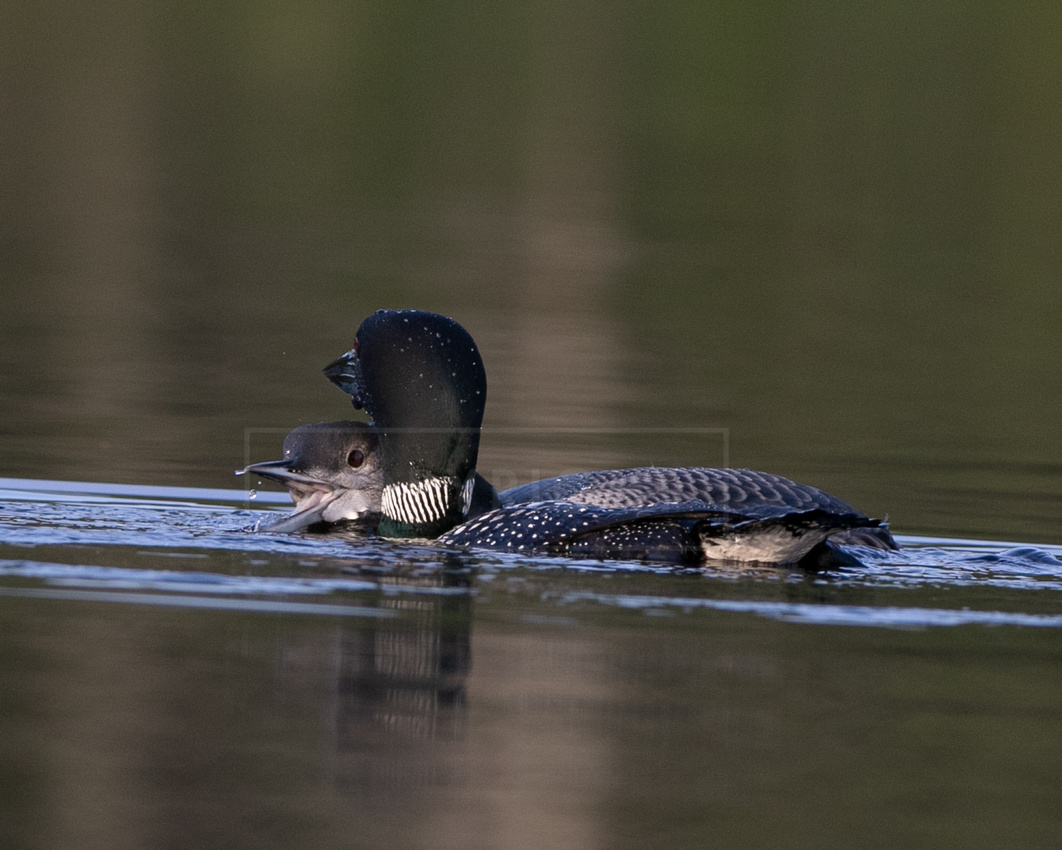 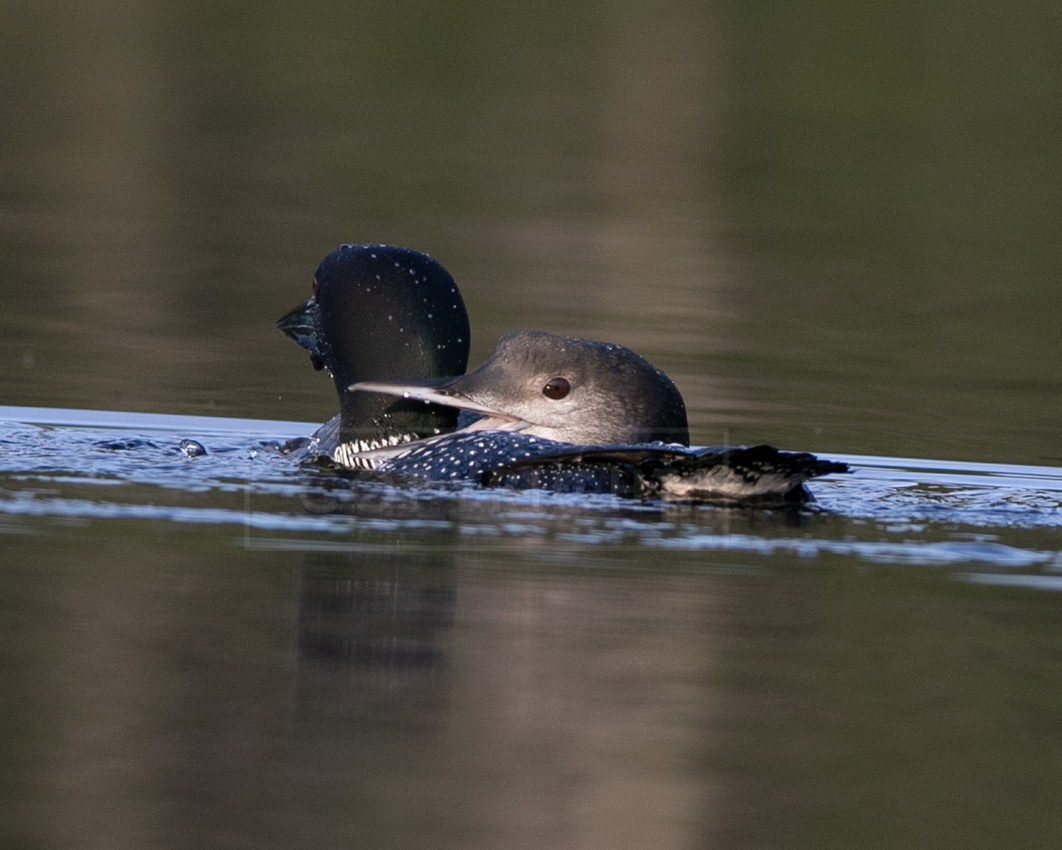 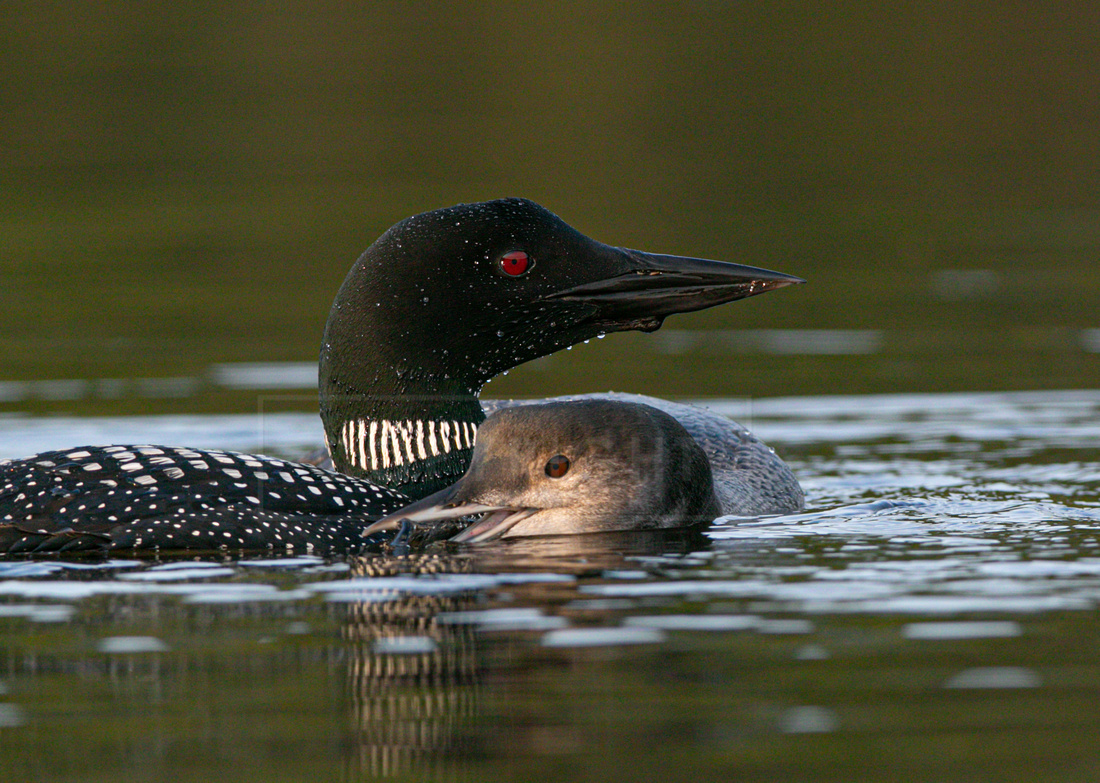 The chicks are serious about getting attention. You can often see them grab hold of the adult's feathers. 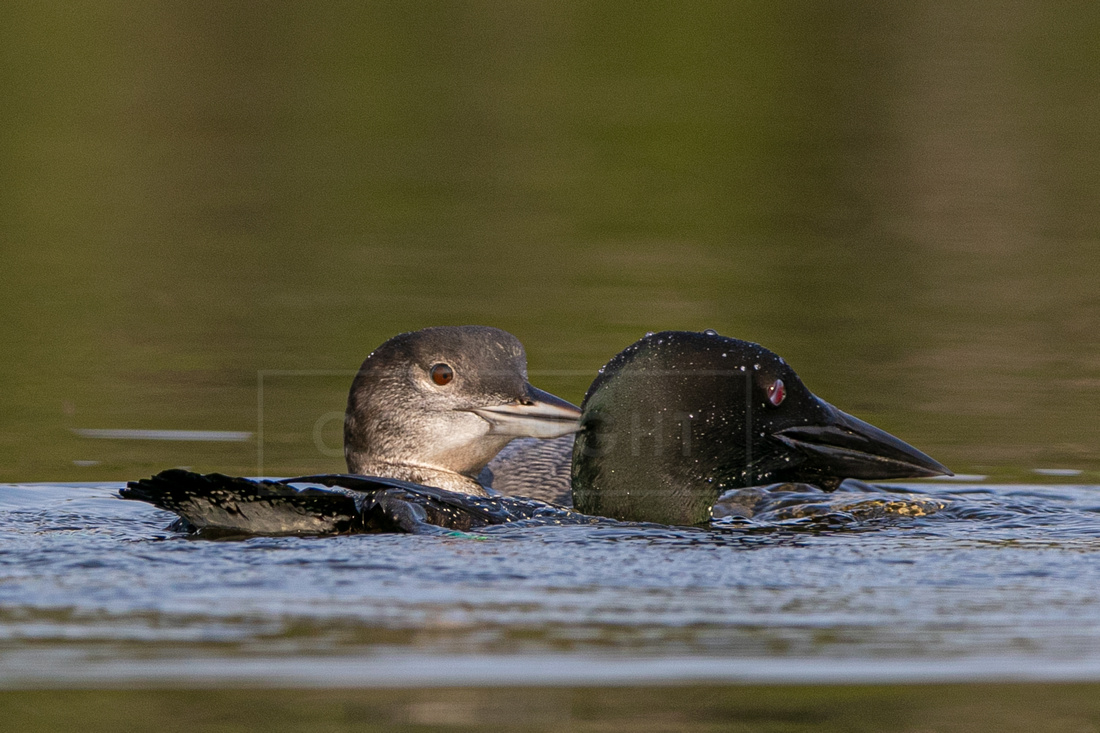 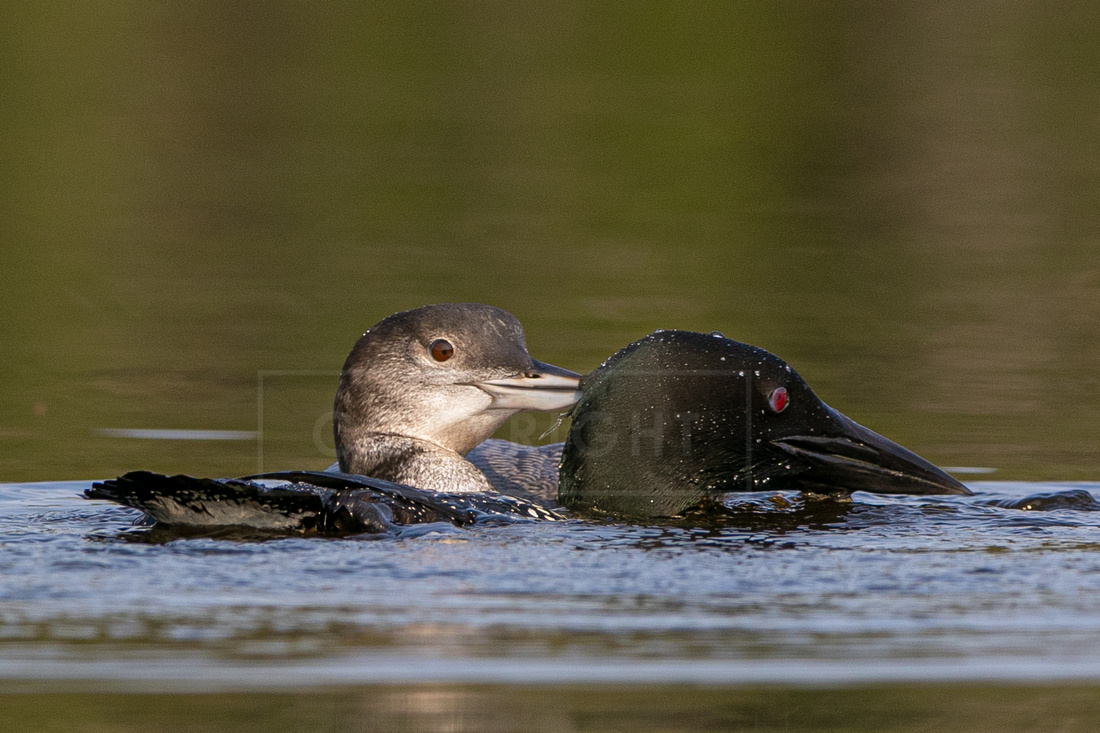 And when grabbing a few feathers doesn't get action, a bigger bite and twisting may do the trick. 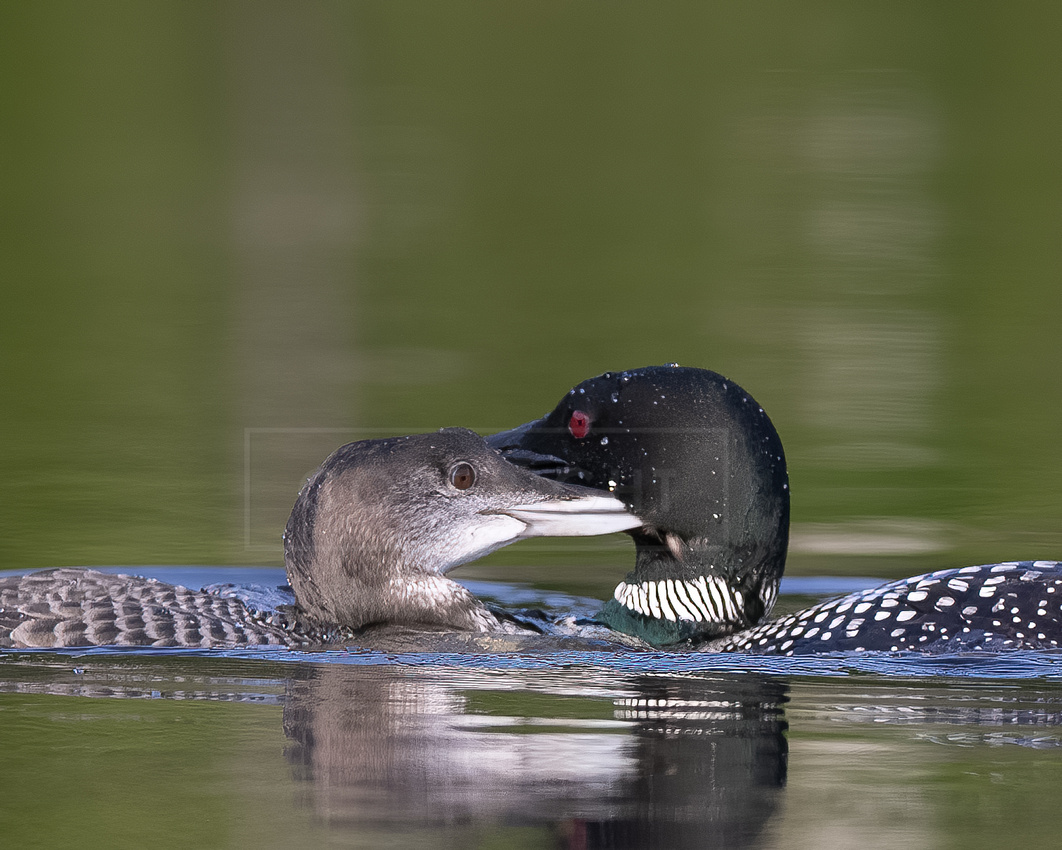 Now we're getting somewhere! One of the adults has caught a crayfish. 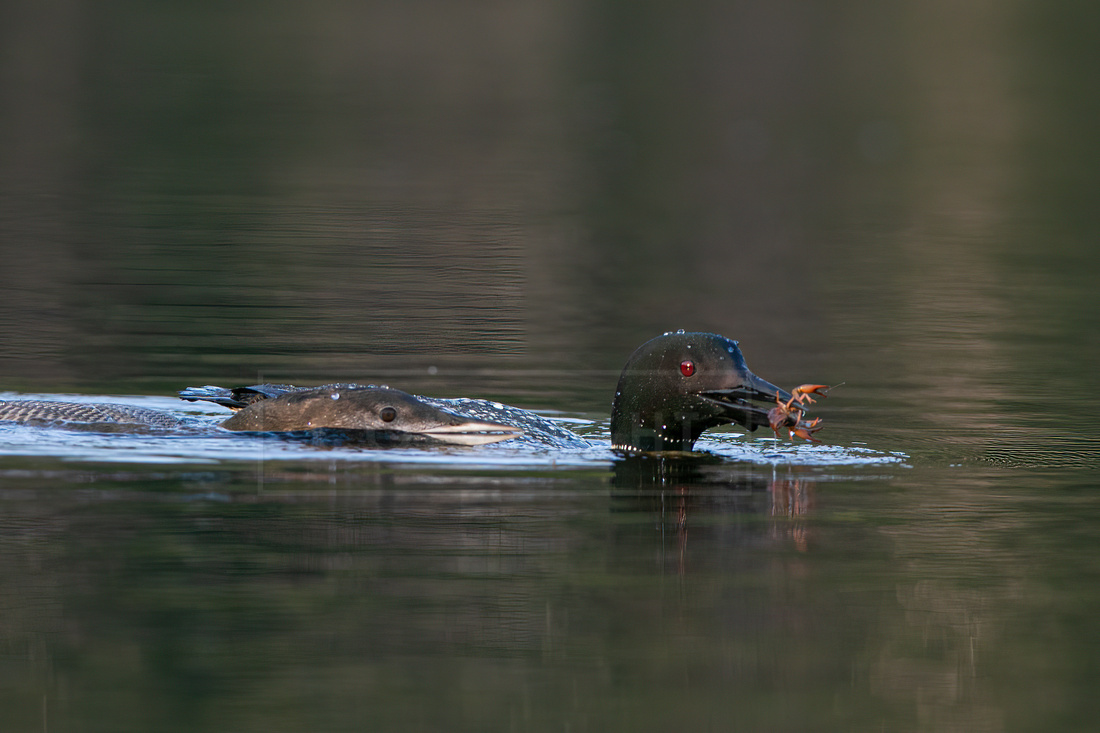 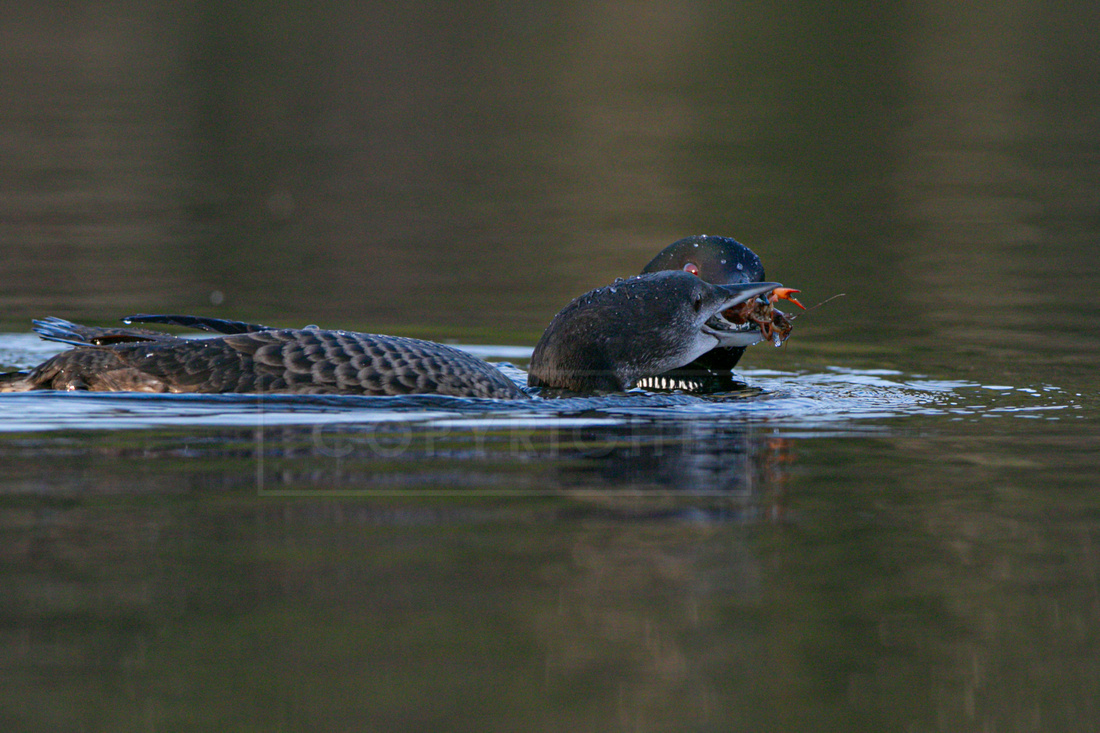 Oh no! It is one of those dastardly crayfish that wants to put up a fight! 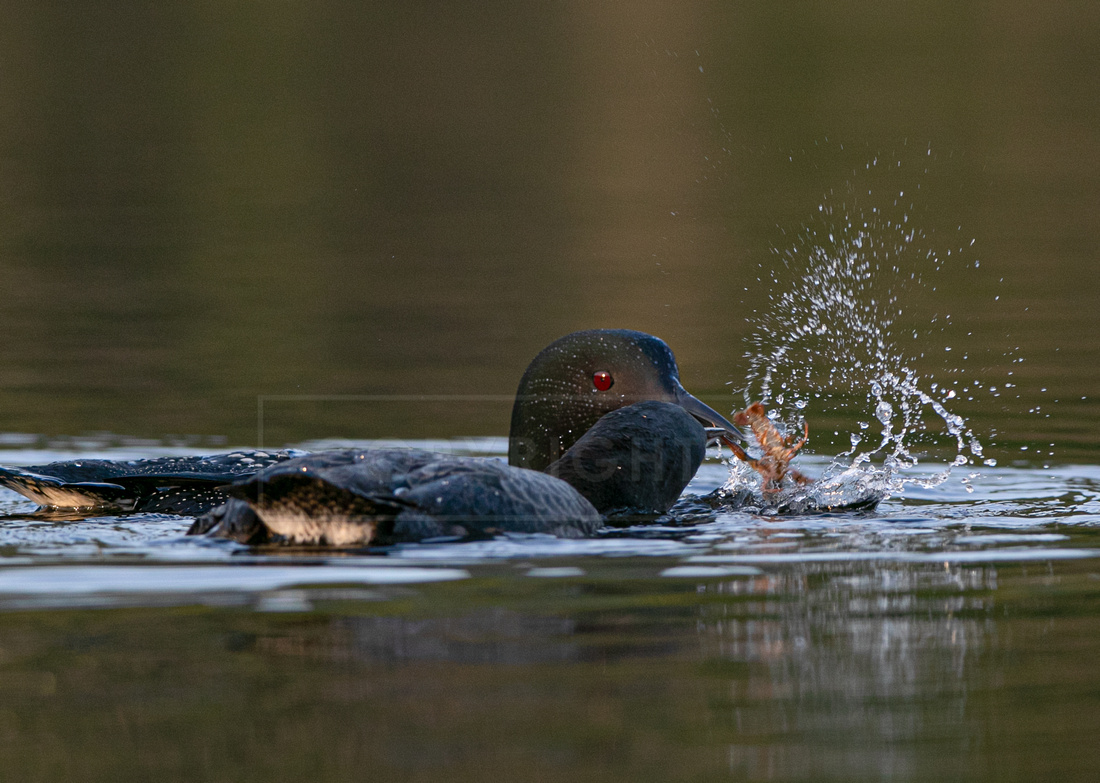 Maybe a fish will be easier. 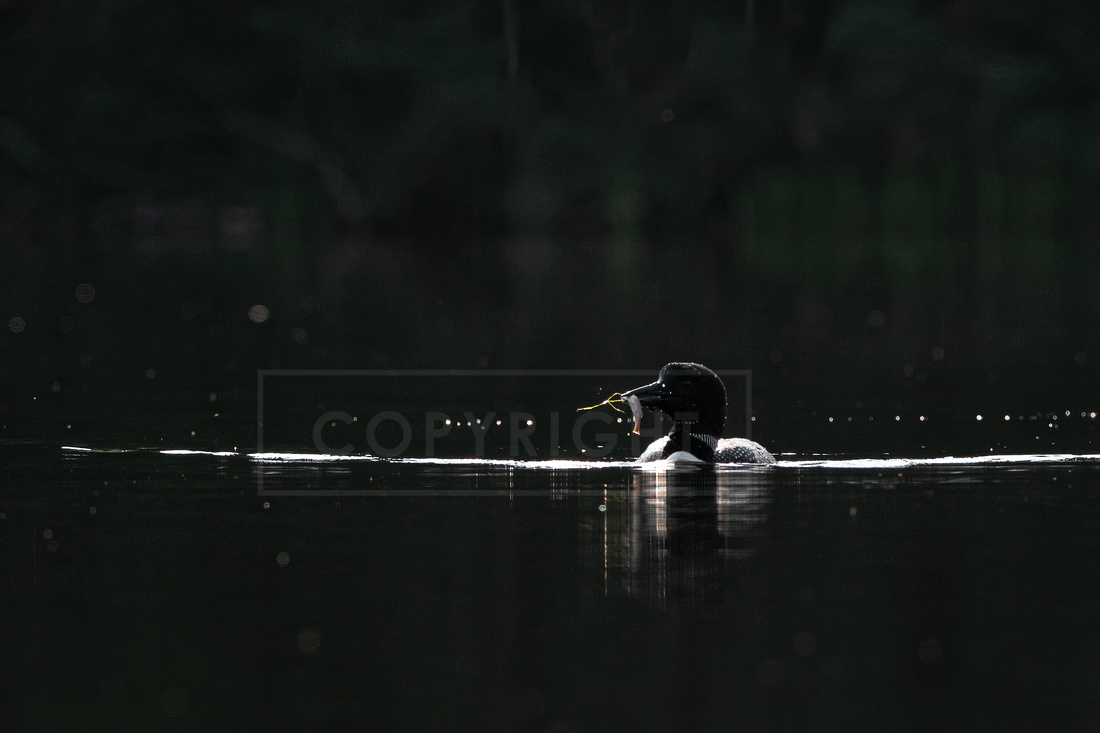 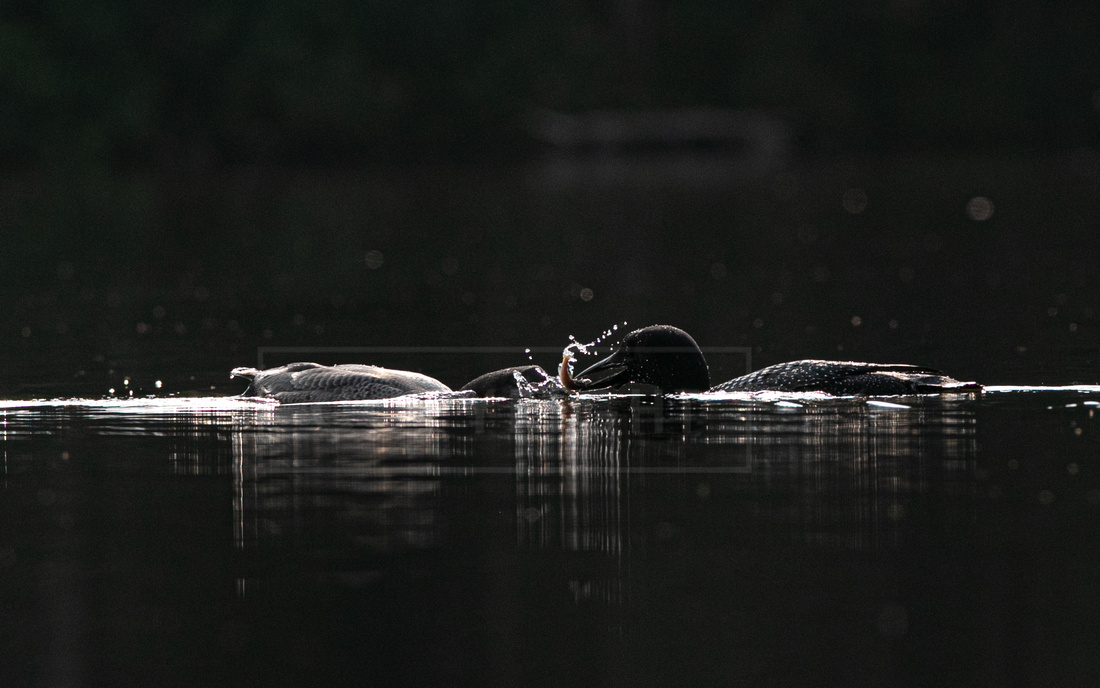 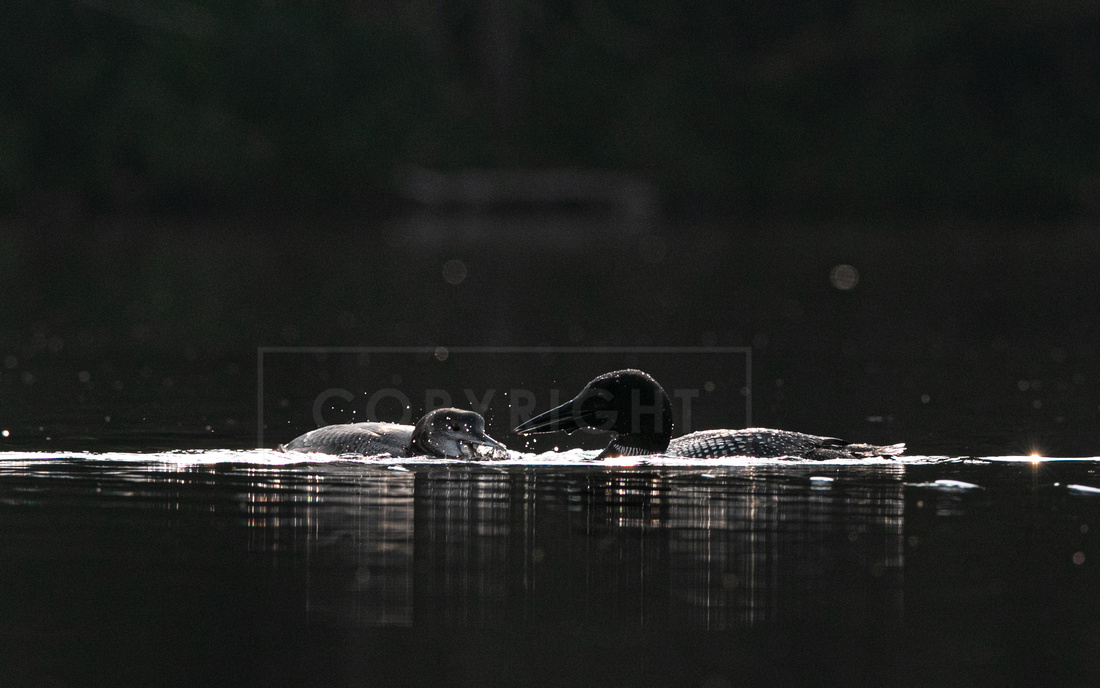 Of course, there's preening to be done. 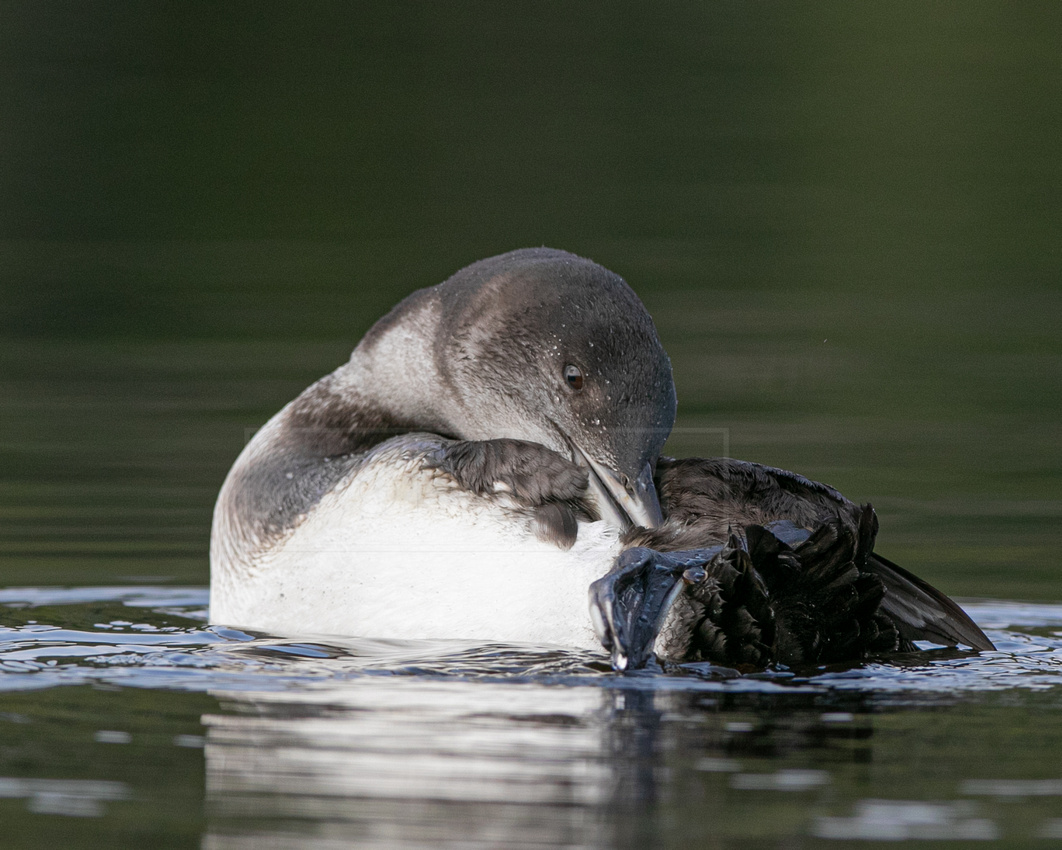 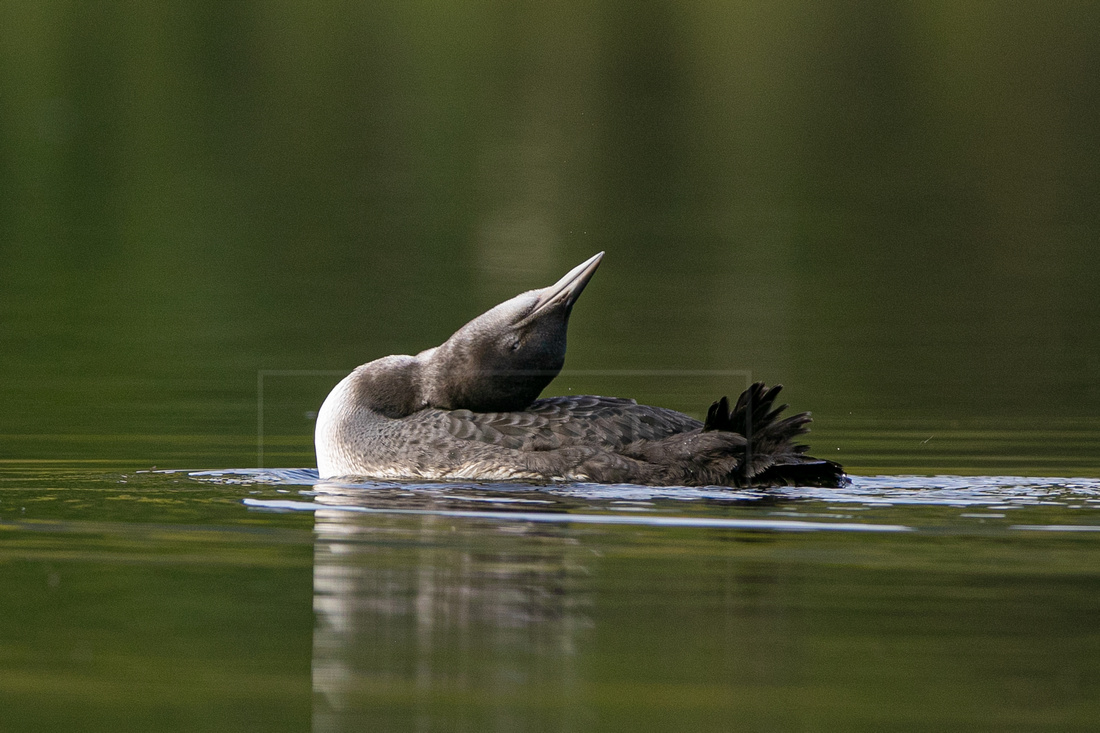 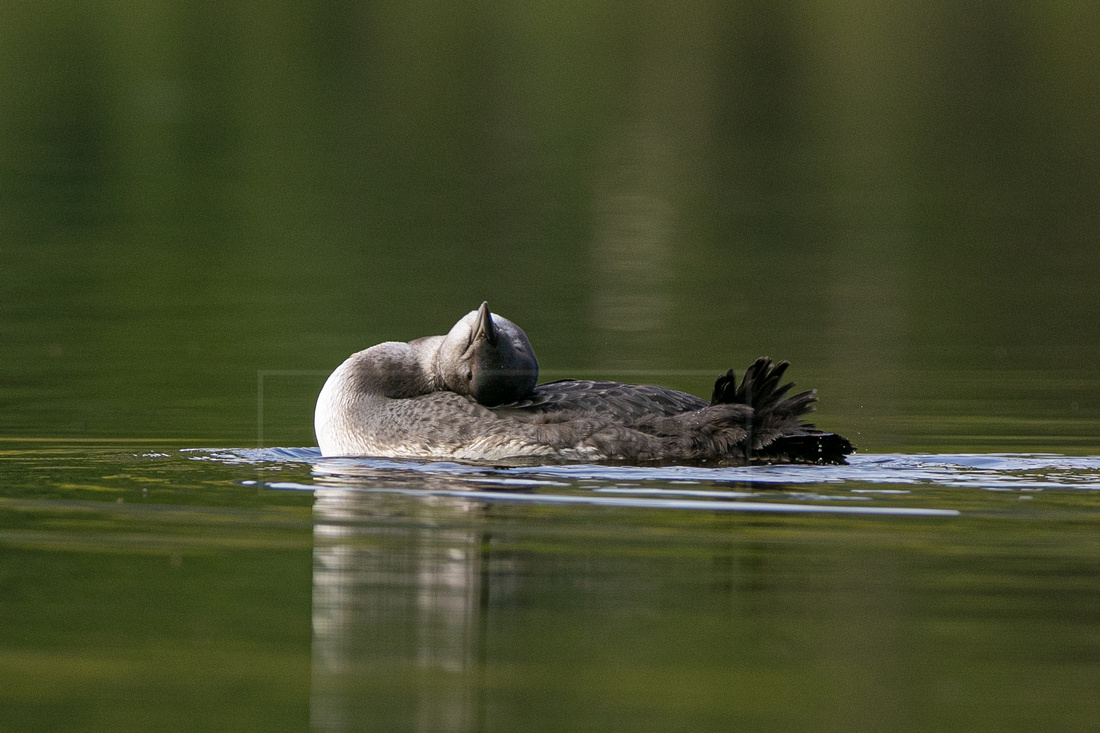 And a couple of stretches after they've done their preening. 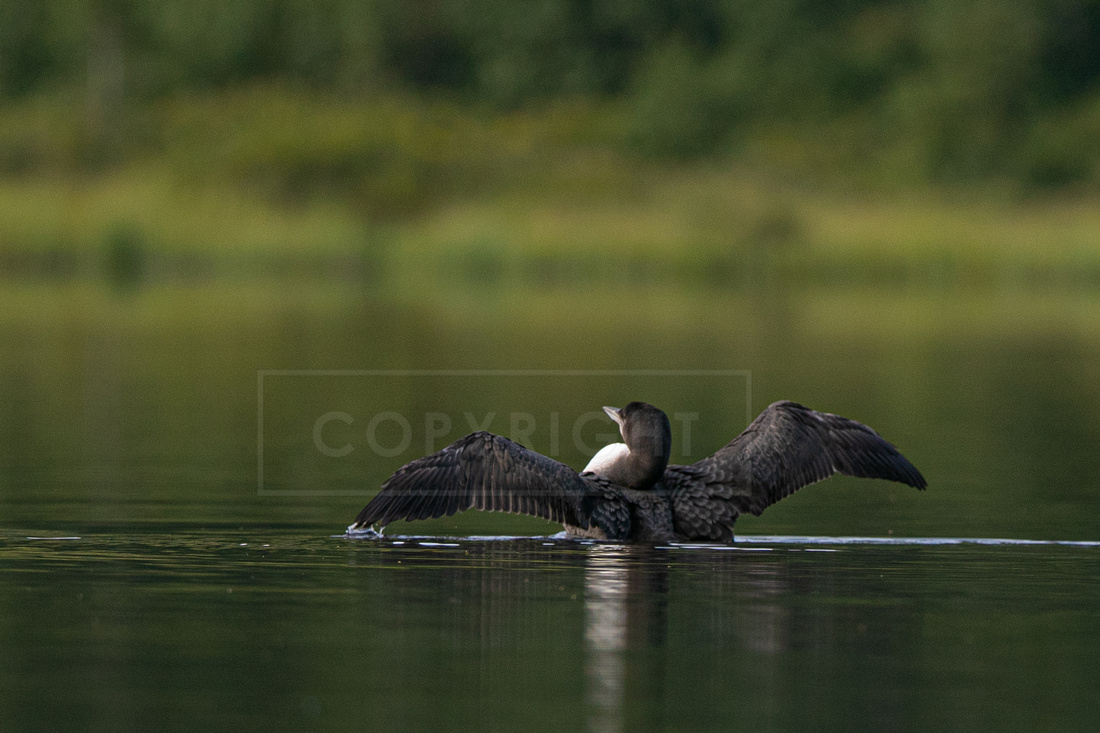 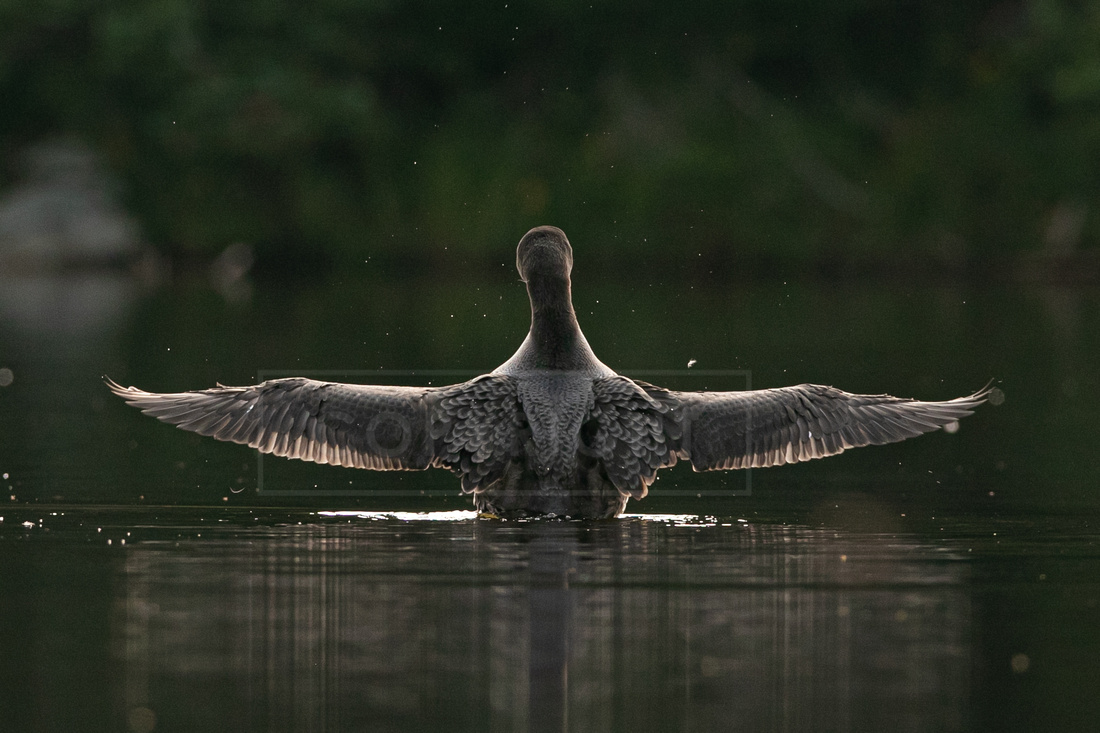