Our loon family with two chicks was receiving visitors yesterday morning, August 3. The chicks are now 46 & 47 days old. They both appear to be doing well. They're diving, and occasionally catching food, on their own. But, they're always hungry and encouraging the parents to feed them.

The loons will have to take a brief hiatus. I'll be down at the League of New Hampshire Craftsmen Fair for through August 15. I'll resume the story as soon as possible after the Fair.

The loons were foraging at the far end of the pond from the boat launch, I ran into some of the usual suspects along the way to see the loons. This is the most common view I get of common mergansers: 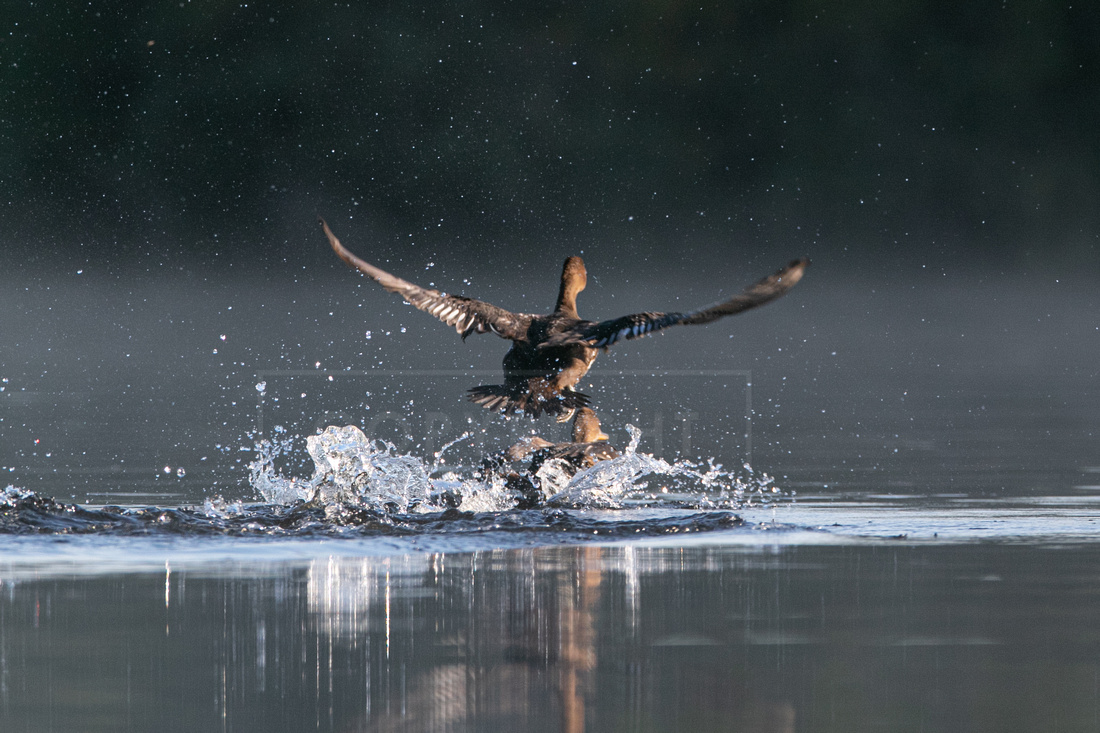 Hank Heron was out and about. 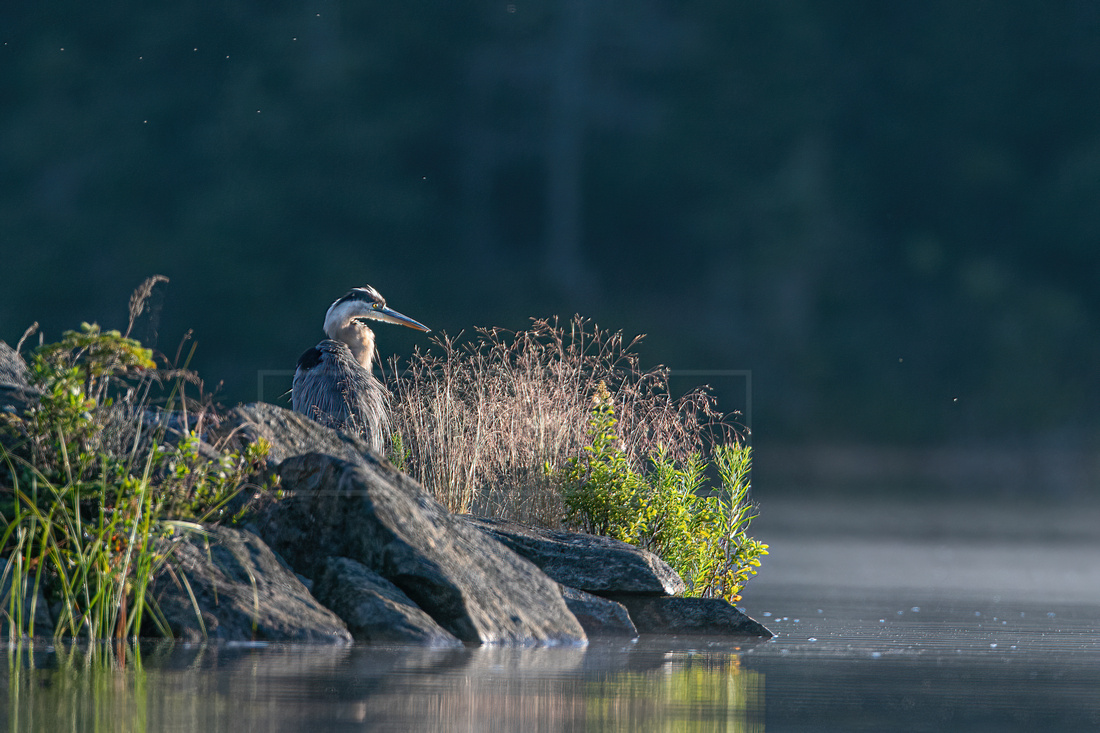 The fishing wasn't very good this morning. Hank caught just one small fish while I watched. The loons came up with a few small fish for the chicks and the osprey made sever or eight dives without catching anything before perching to watch for a meal. 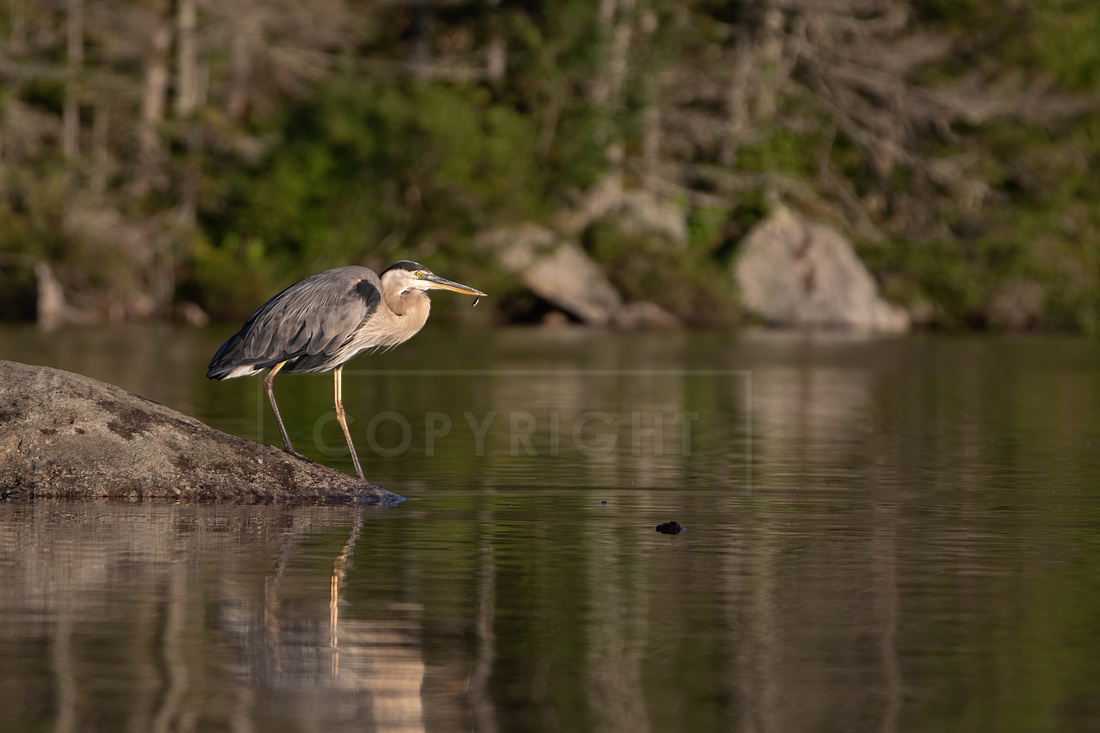 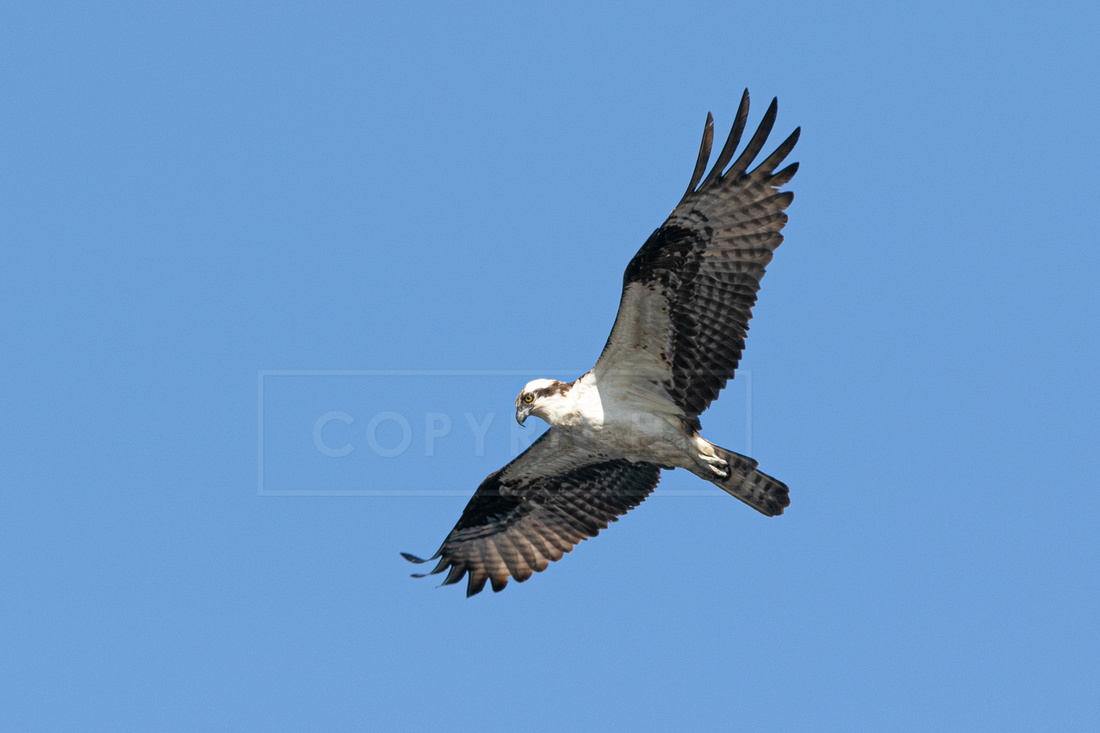 This was the largest fish I saw the parents hand off to the chicks. 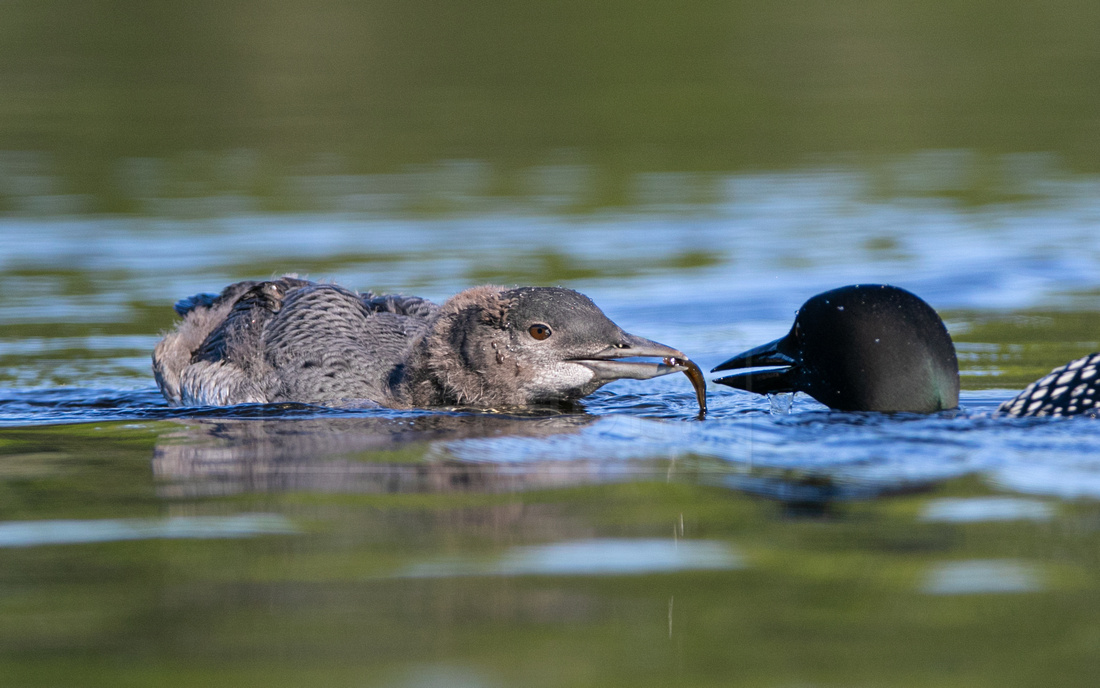 The parents were foraging fairly far away from the chicks. They were covering a good portion of their pond. 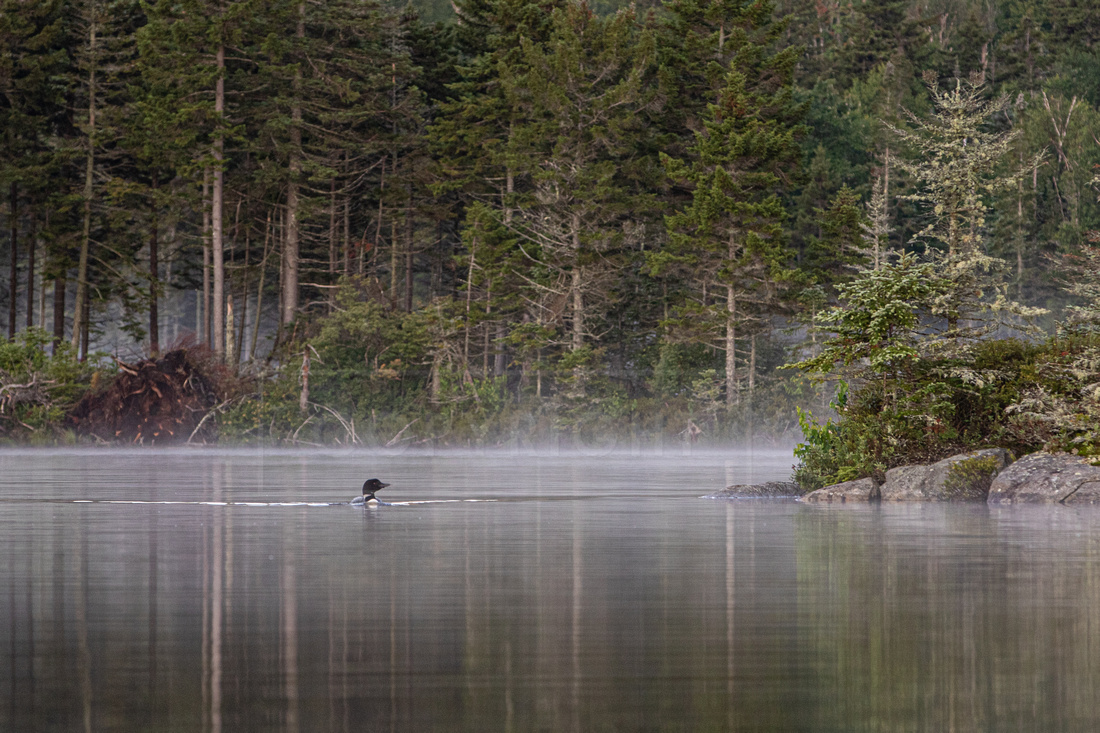 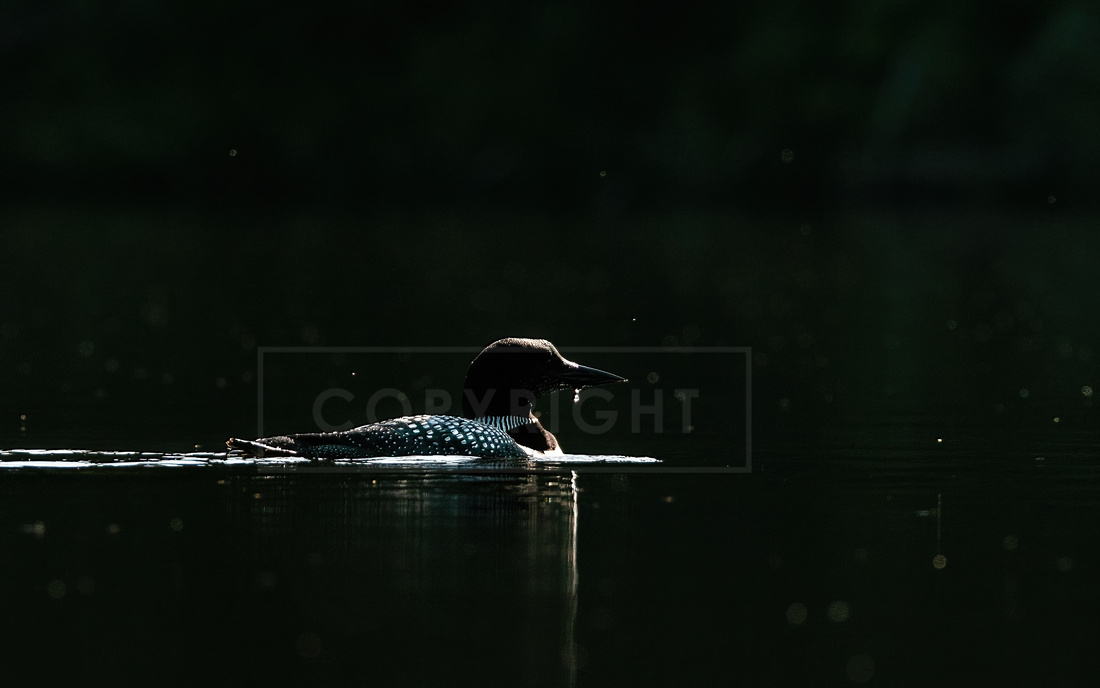 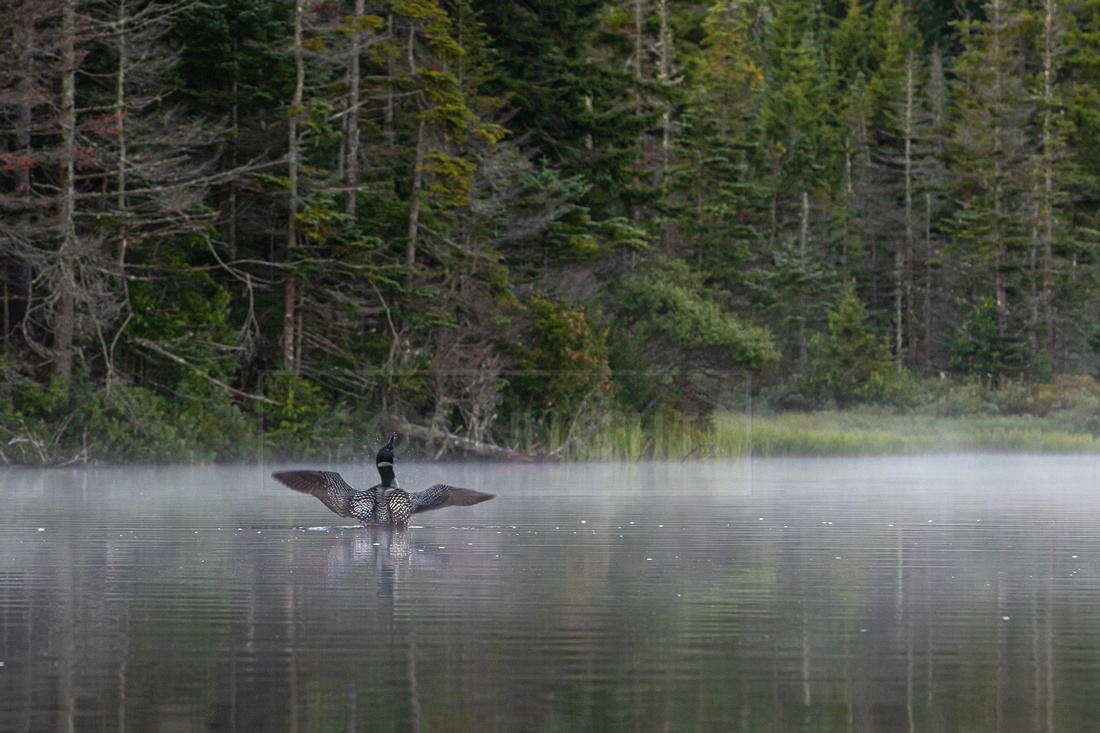 One of the loons took some time off from feeding the chicks to preen and stretch. 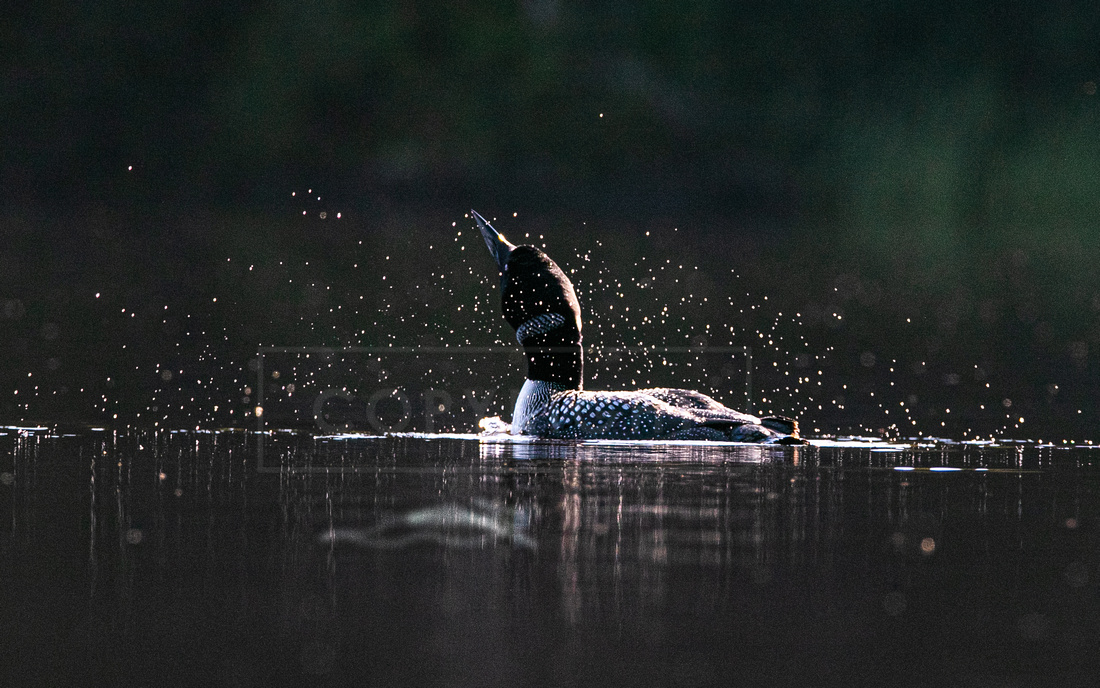 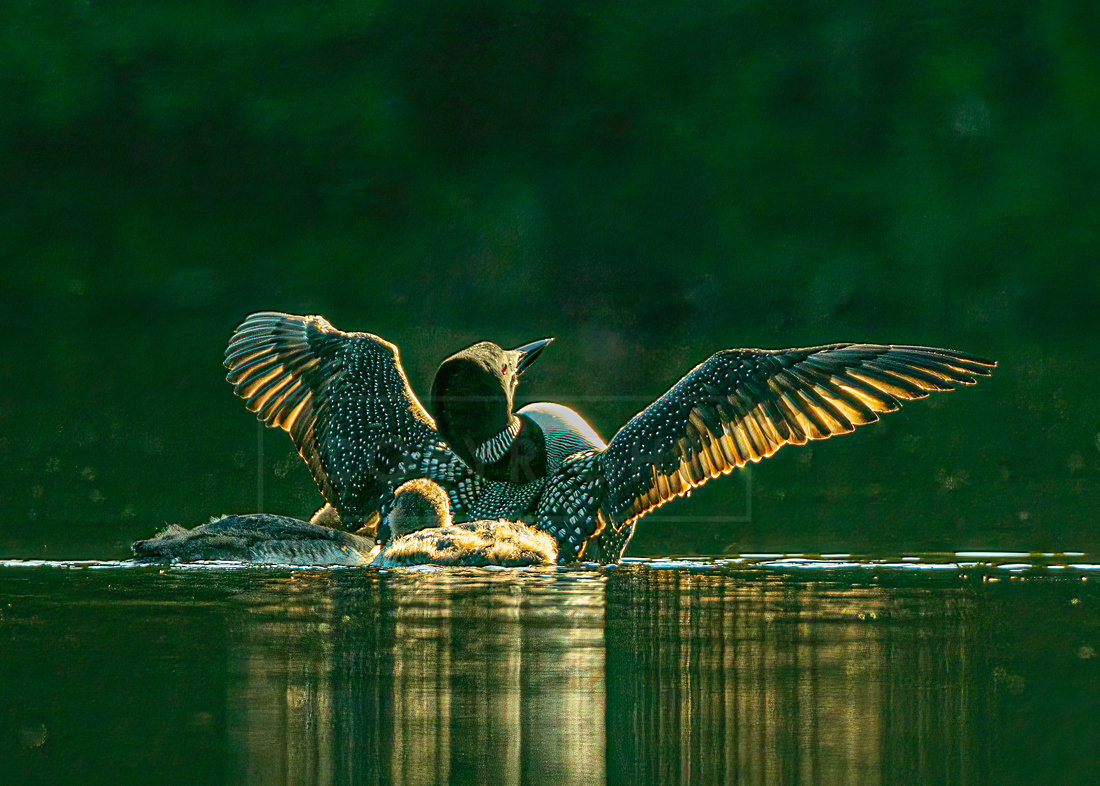 The chicks are getting big. From a distance, it is hard to tell them from their parents. Their fluff is going and their feathers are growing in. 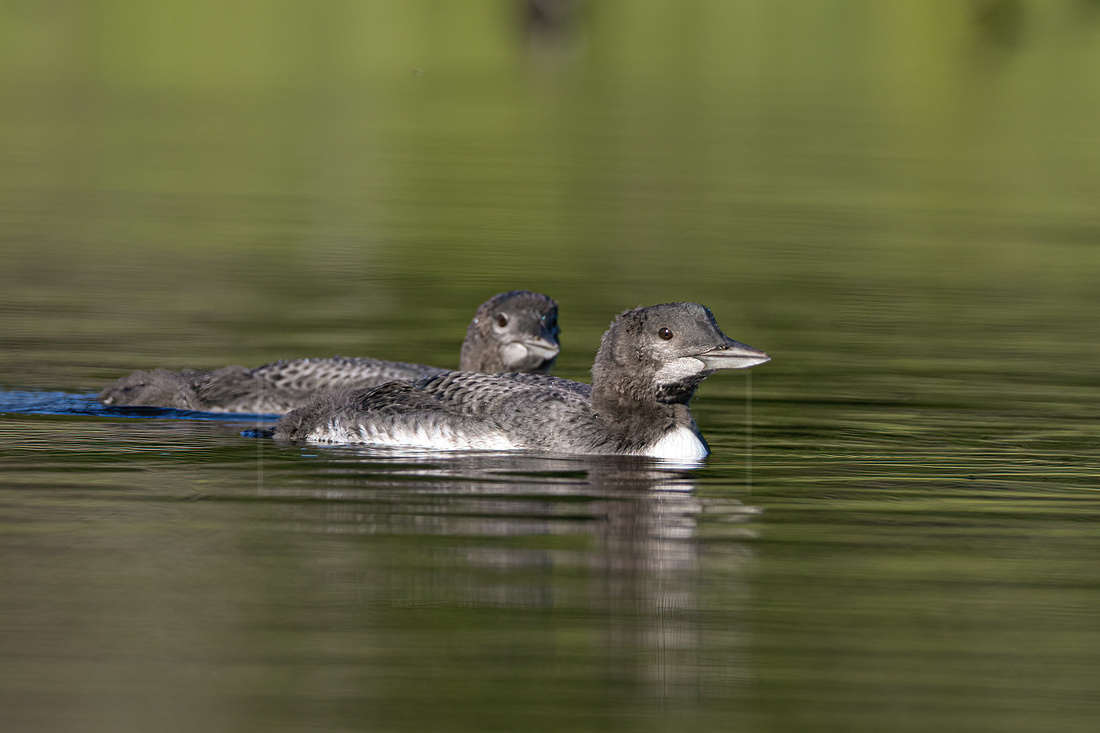 The chicks were actively foraging in the shallow water. They both managed to catch food. There appeared to be several dragonfly nymphs, but most of what they caught was too small for me to ID. 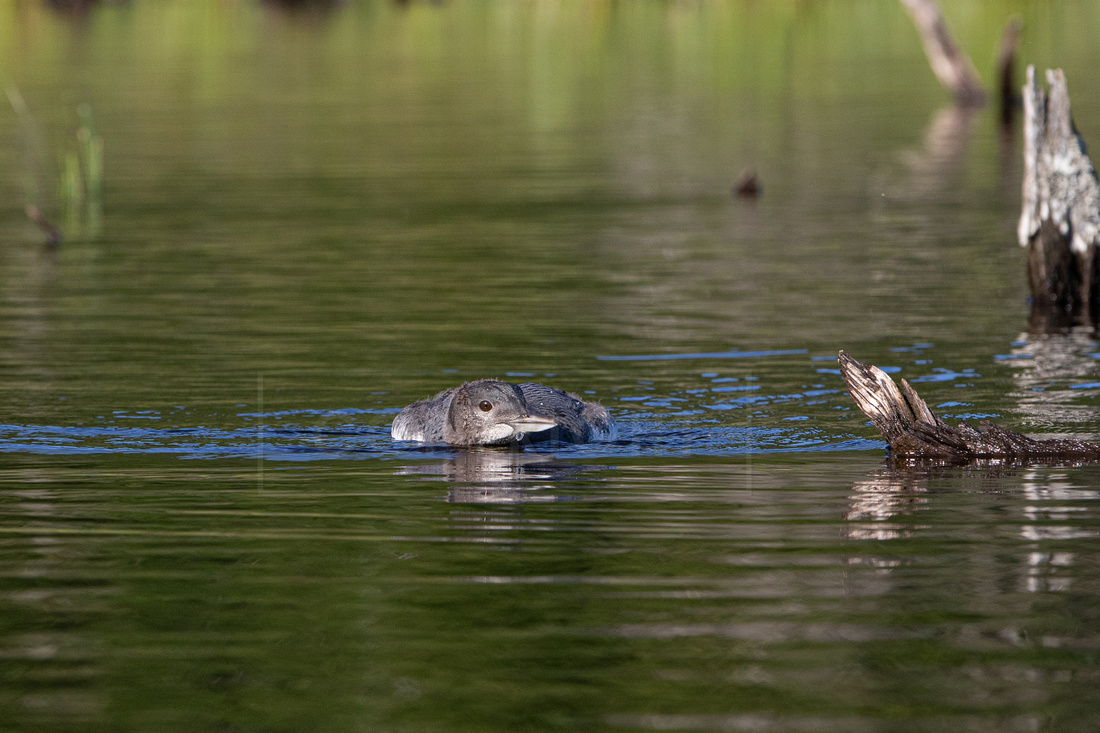 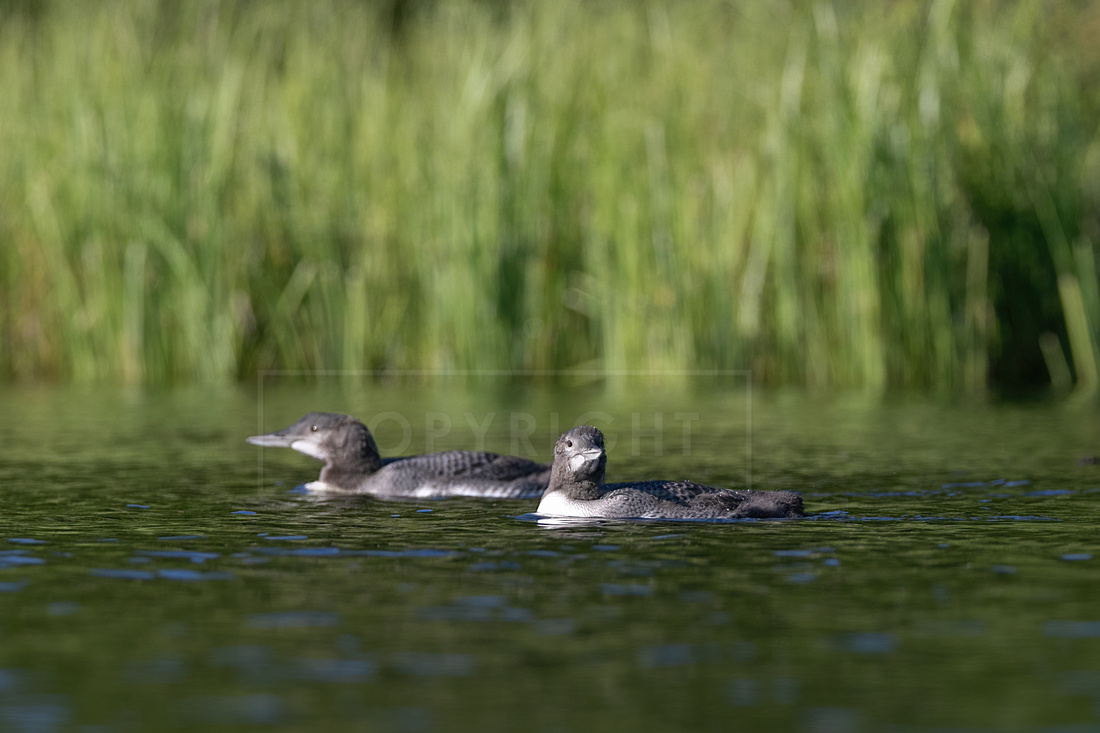