Let's check in on our loon family. On June 29, the chicks were likely to be 11 and 12 days old. They've grown rapidly and are beginning to venture a few yards from their parents. Both chicks appear to be doing well, both about the same size, both learning to be loons and taking cute little loon dives. The morning I visited, the parents were feeding larvae, fish and crayfish to them. The parents would often carry fish or crayfish a far distance back to the chicks, but would offer the larvae if they were caught close to the chicks. 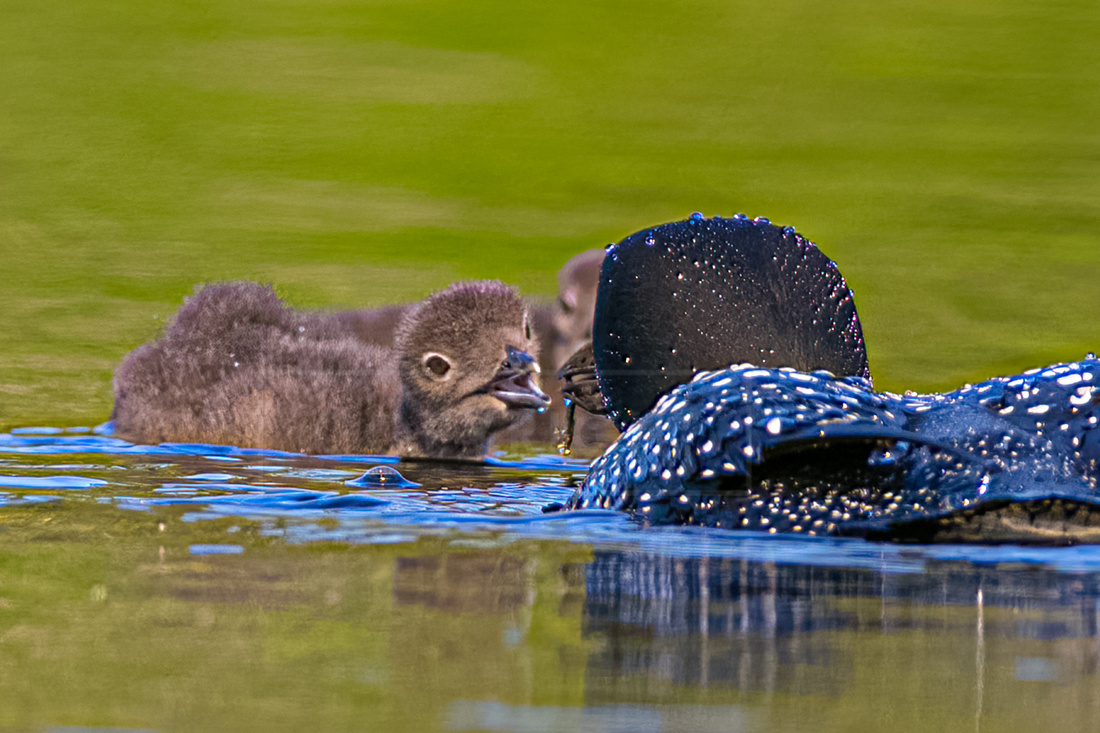 It looks like largemouth bass was the special of the day. 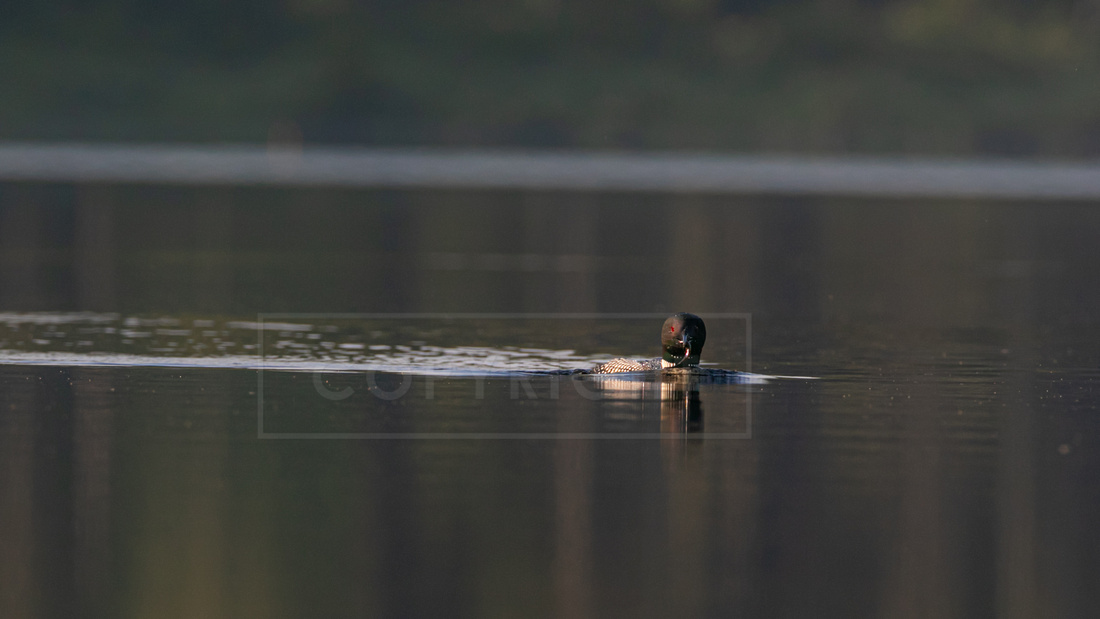 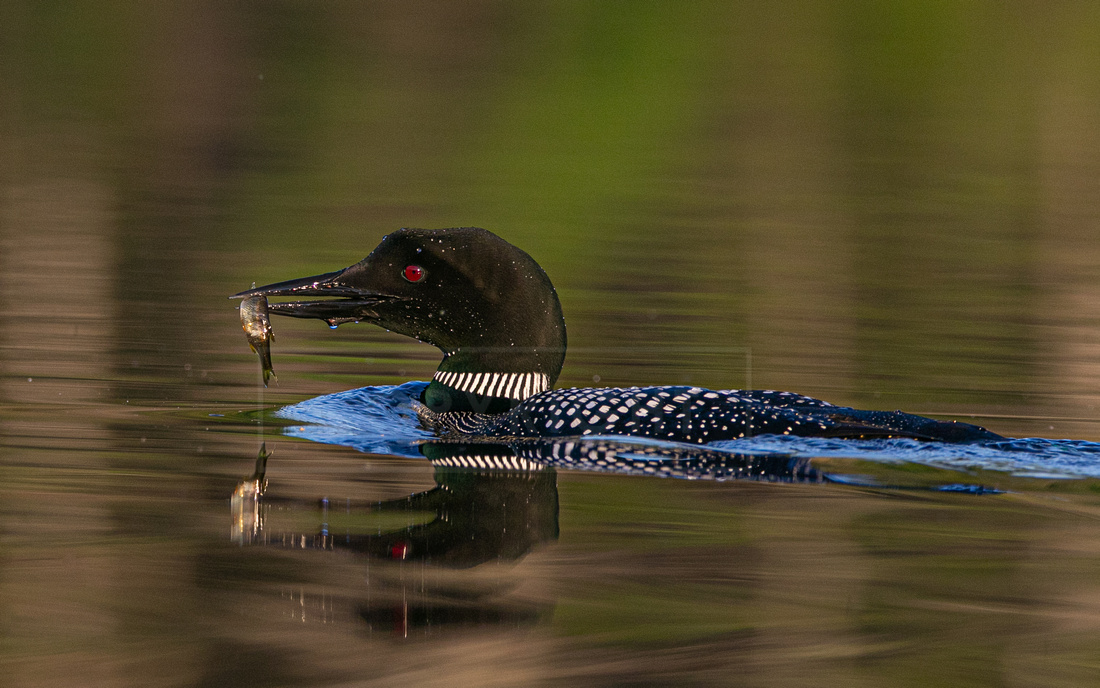 The fish looks to be a big meal for a little loon. 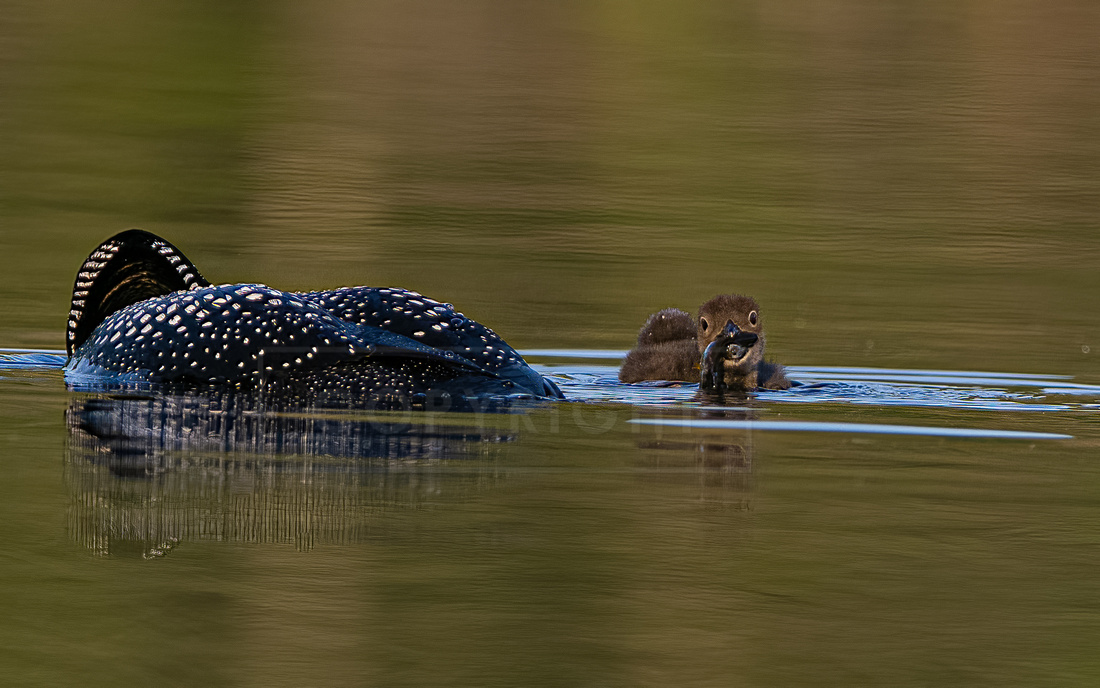 Followed up by a tasty crayfish. 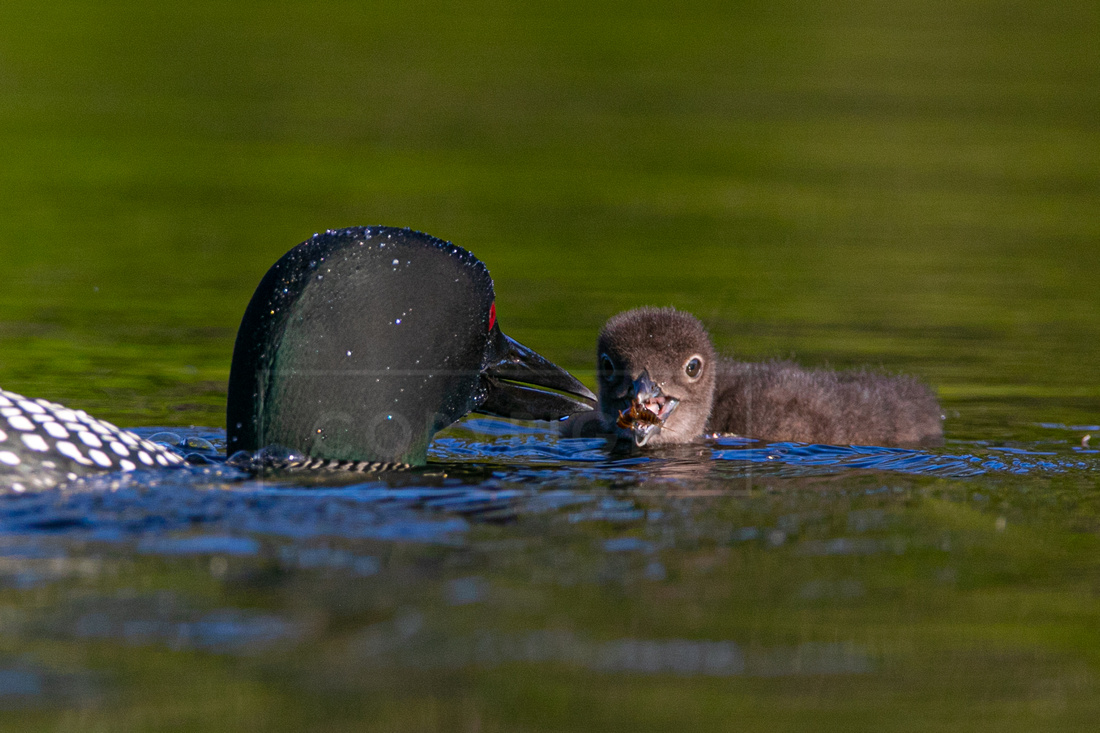 Yawning chicks give a good idea of how large their mouths are. 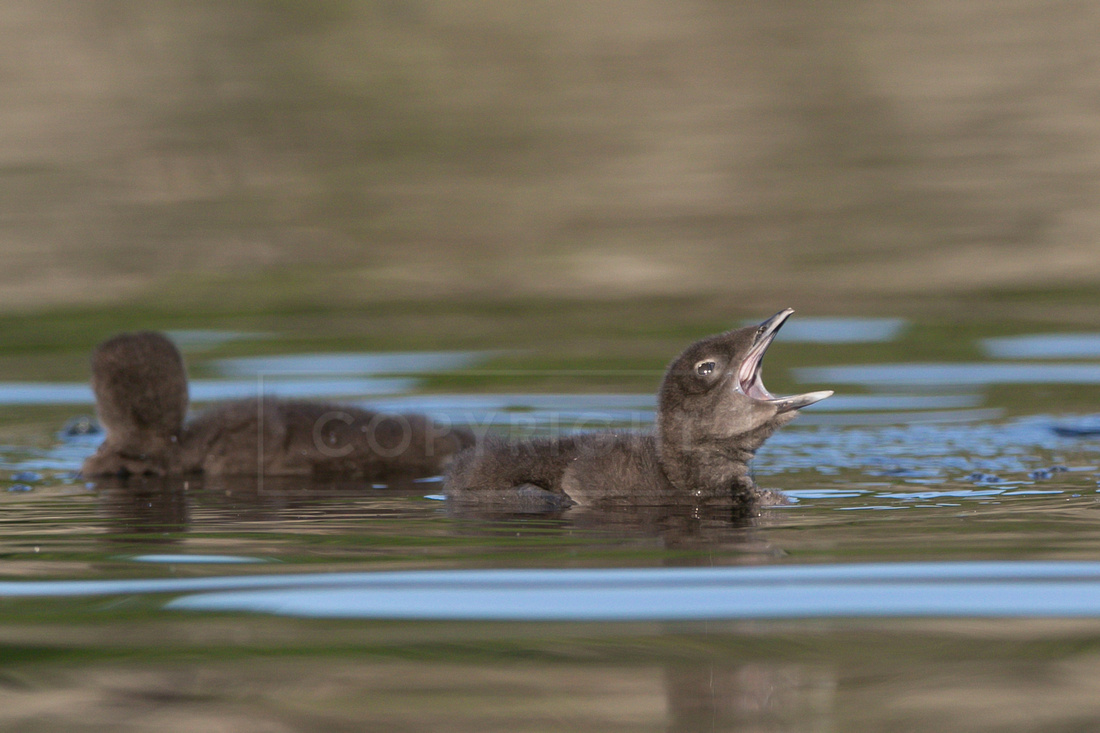 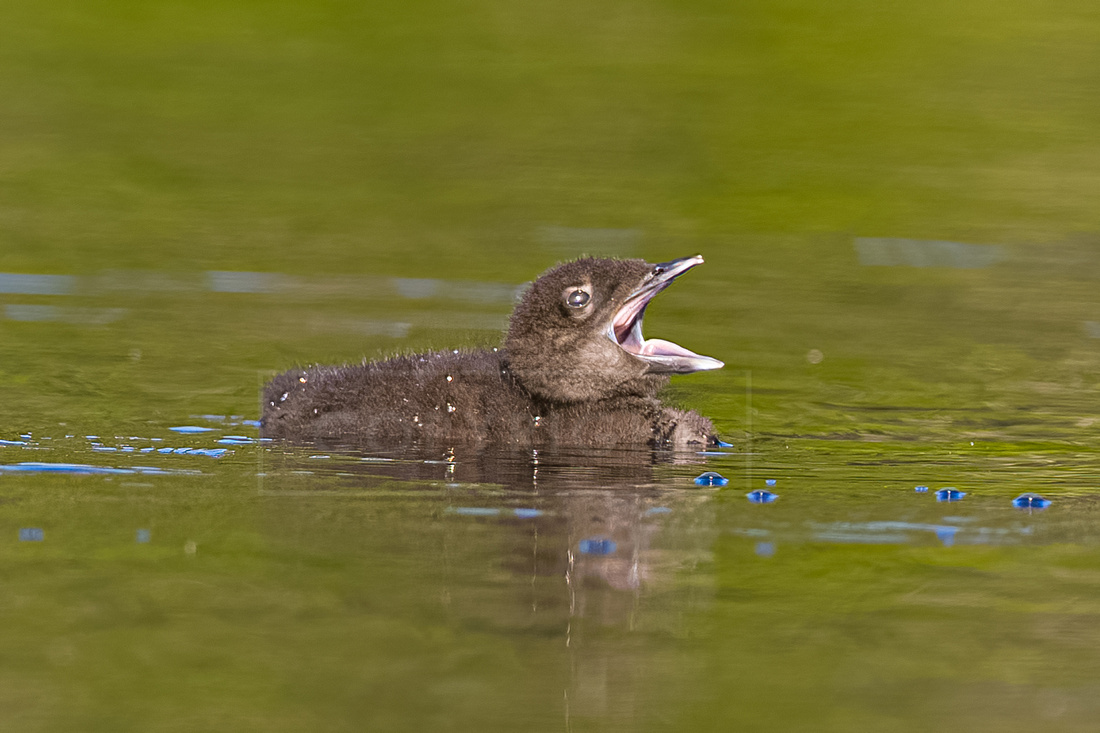 Foot waiving is thought to be a technique for cooling off. It was in the 80s by early morning, and all of the loons repeated waived their feet.

Some traits are shared by siblings of all species... 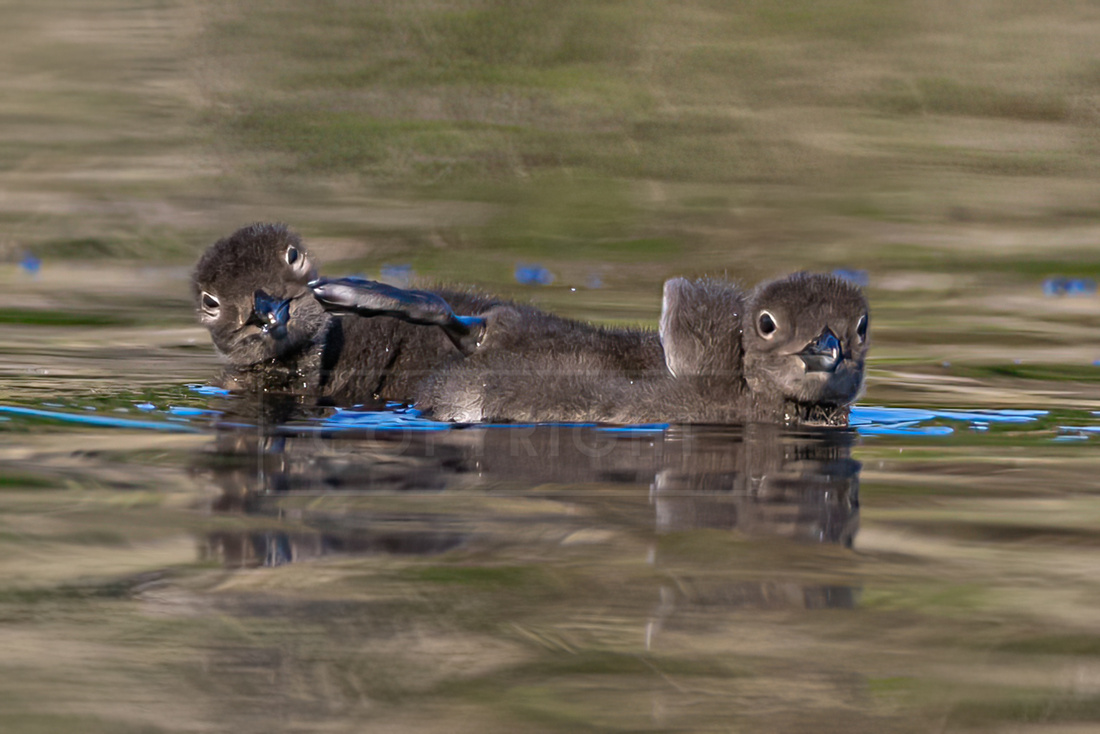 And a few pix of the chicks just because they're cute. 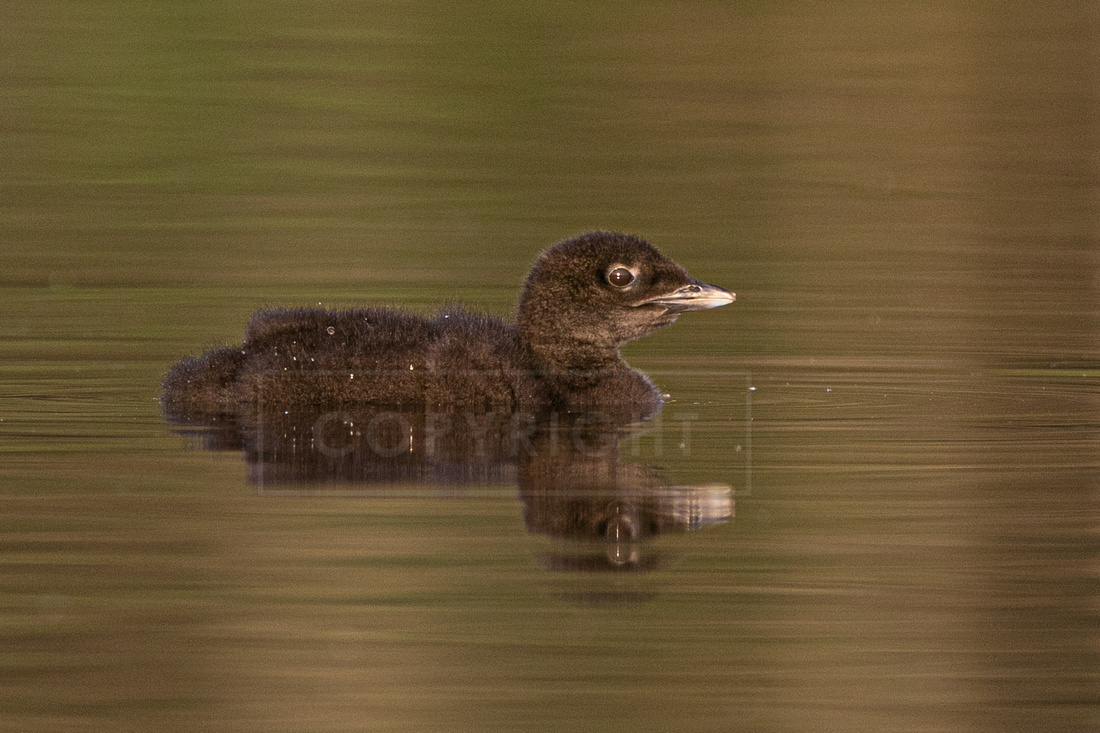 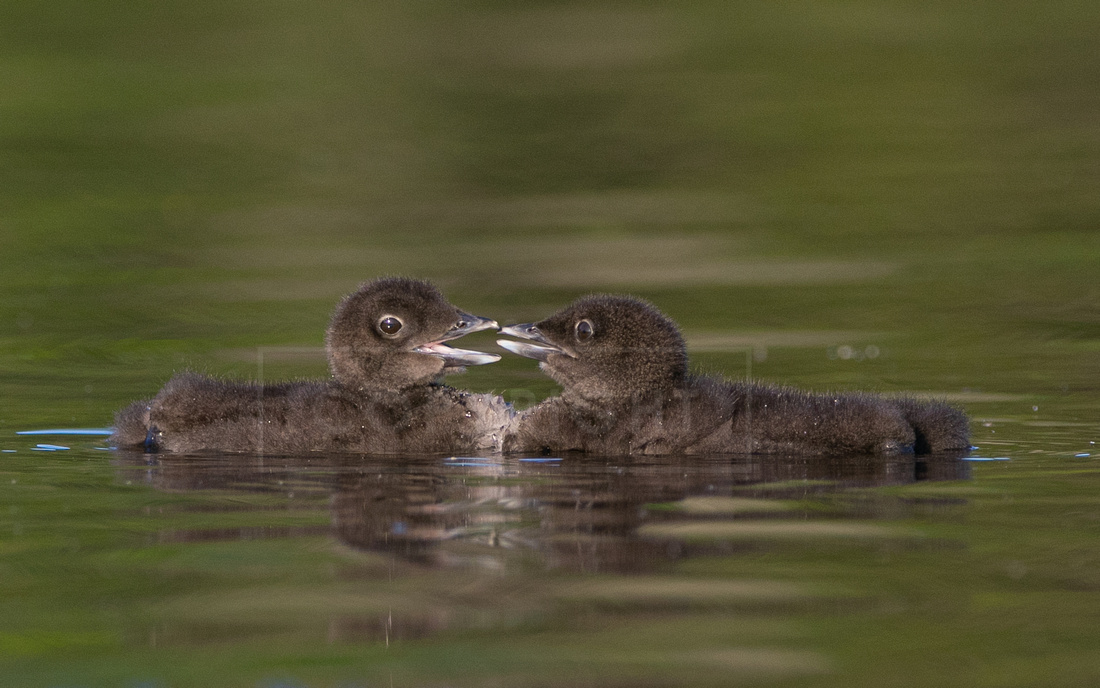 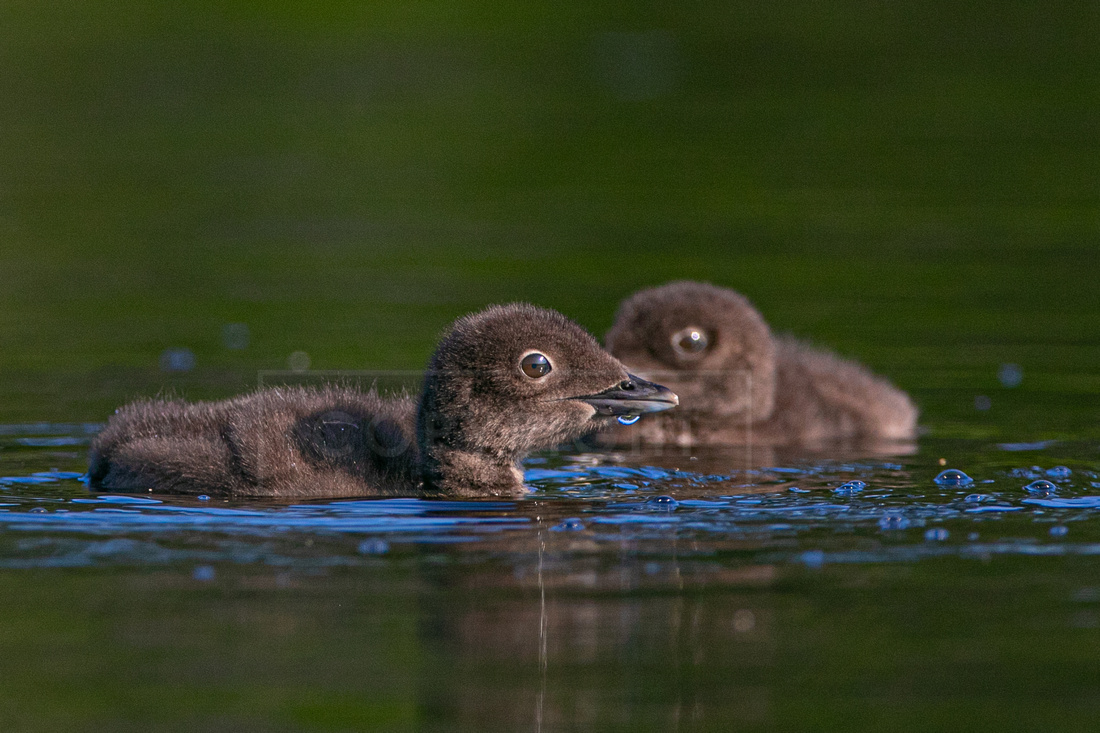 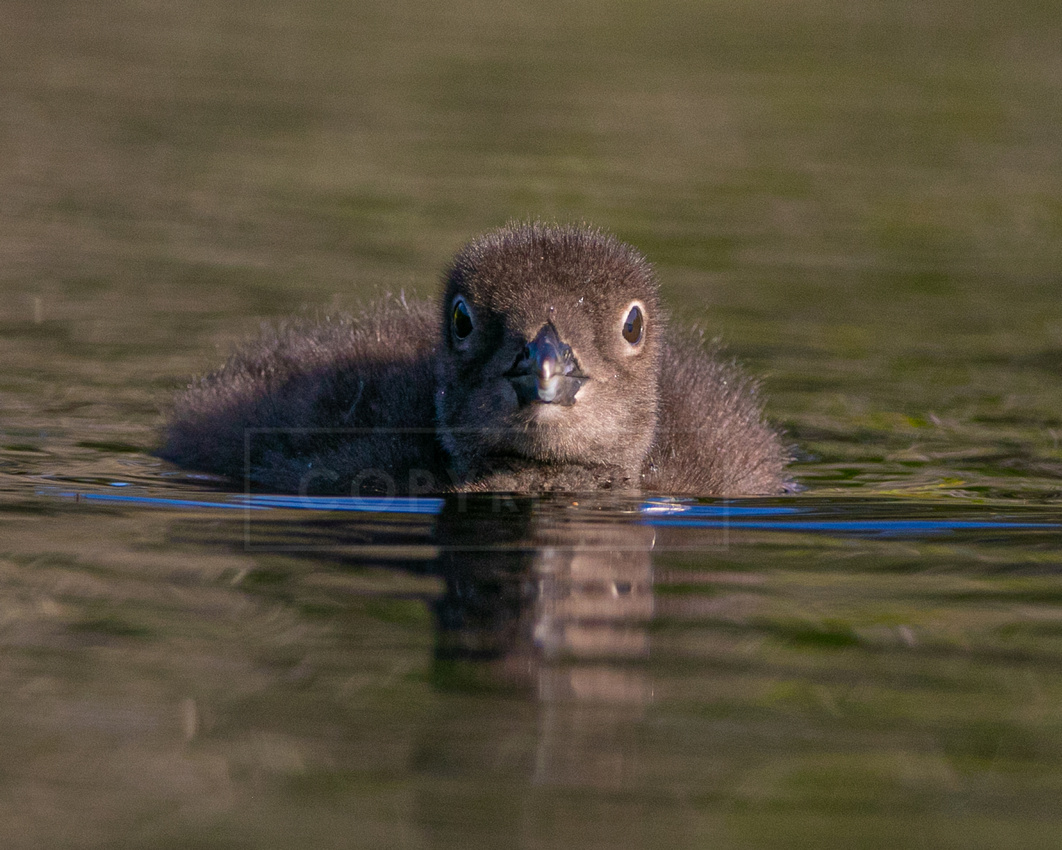 After preening, loons of all ages will stretch their wings. 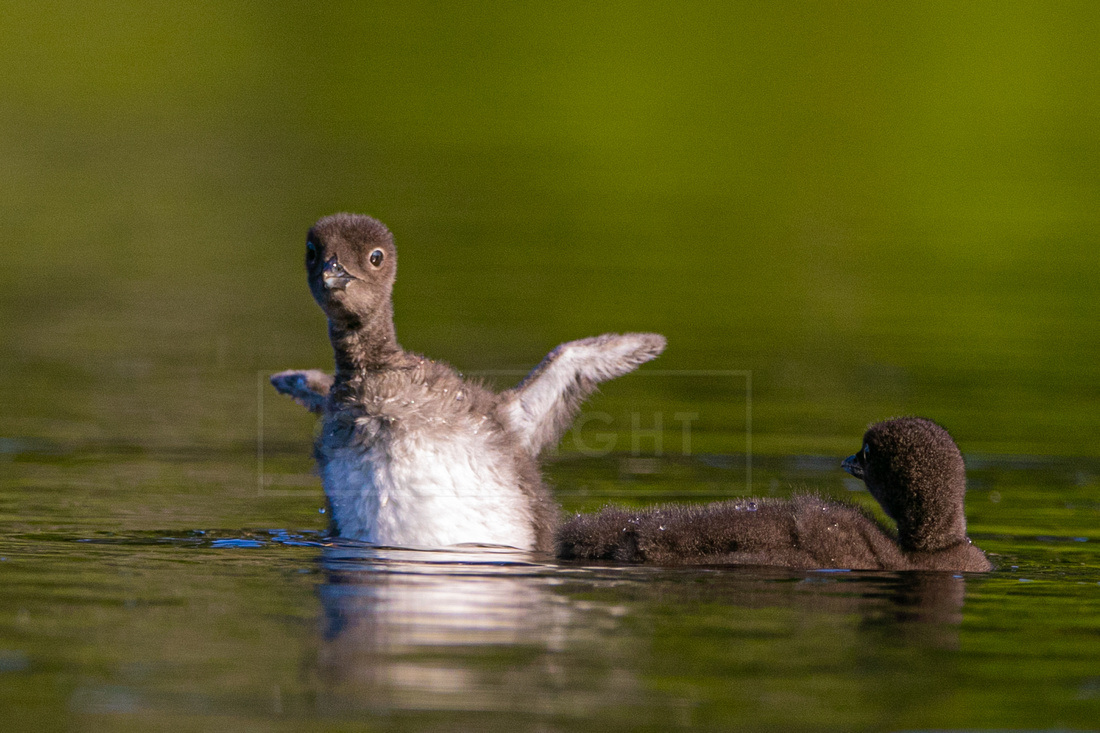 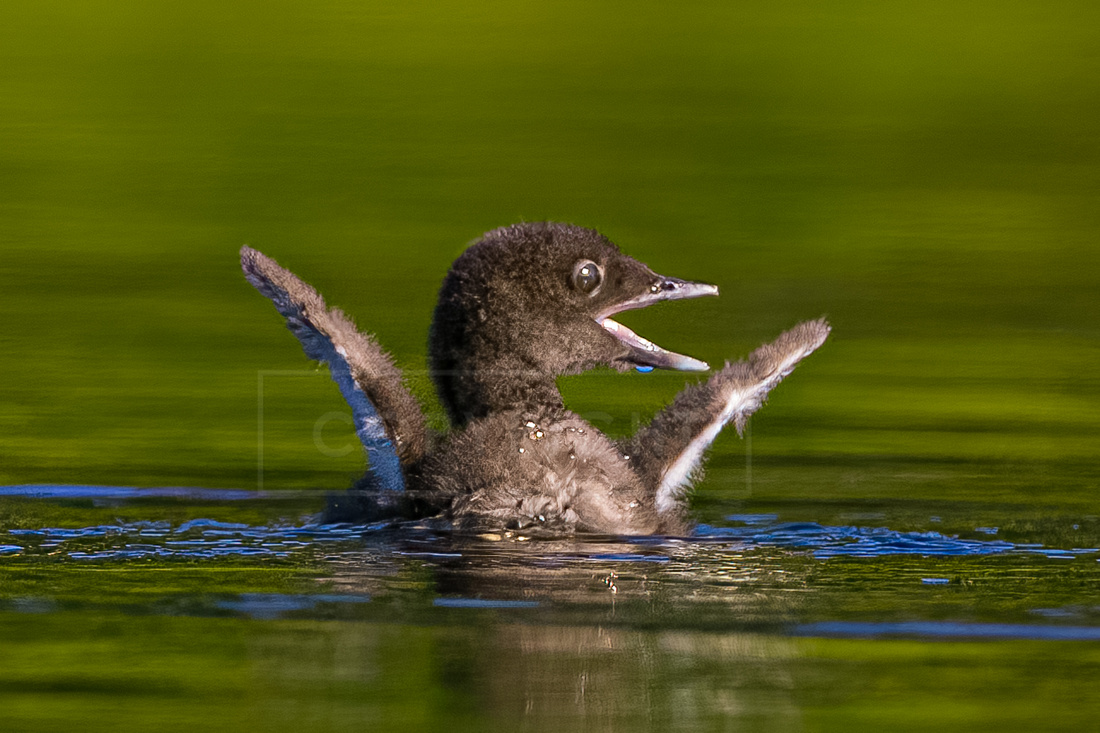 After a busy couple of hours, everyone settled in for a nap. 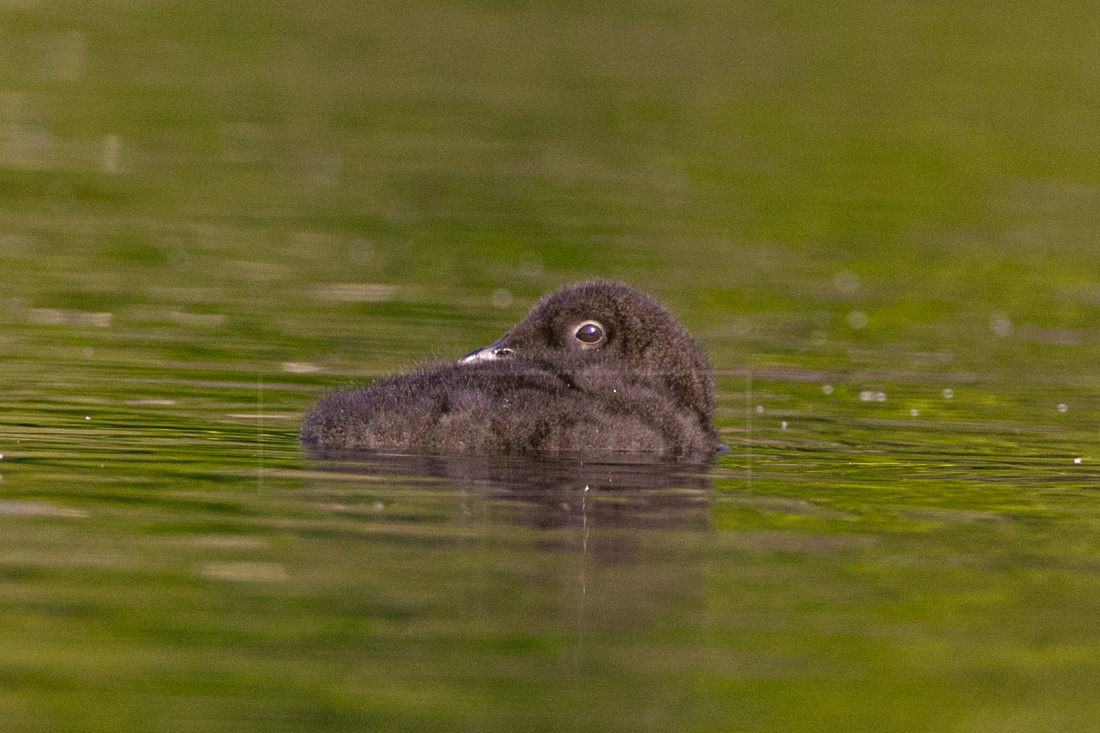 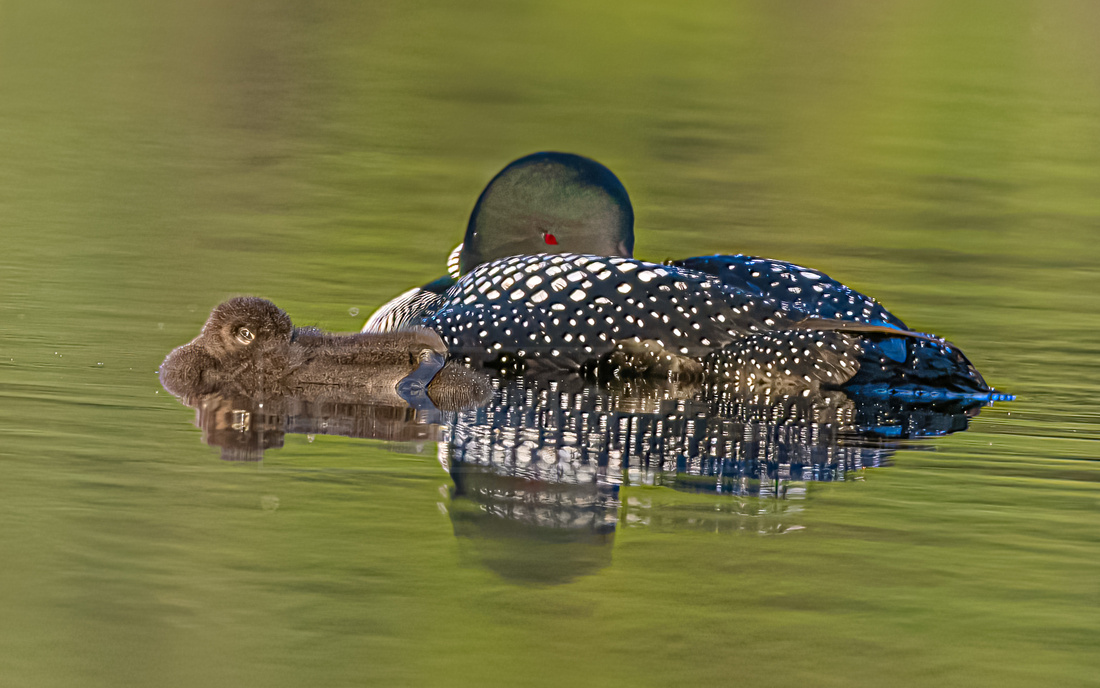