This is a second loon family that I follow. They've got a chick. I must have missed the nest for a few days, I expected the chick to have hatched the day before these photos were taken, but it looks a few days older.

Surveying the pond from a parent's back. 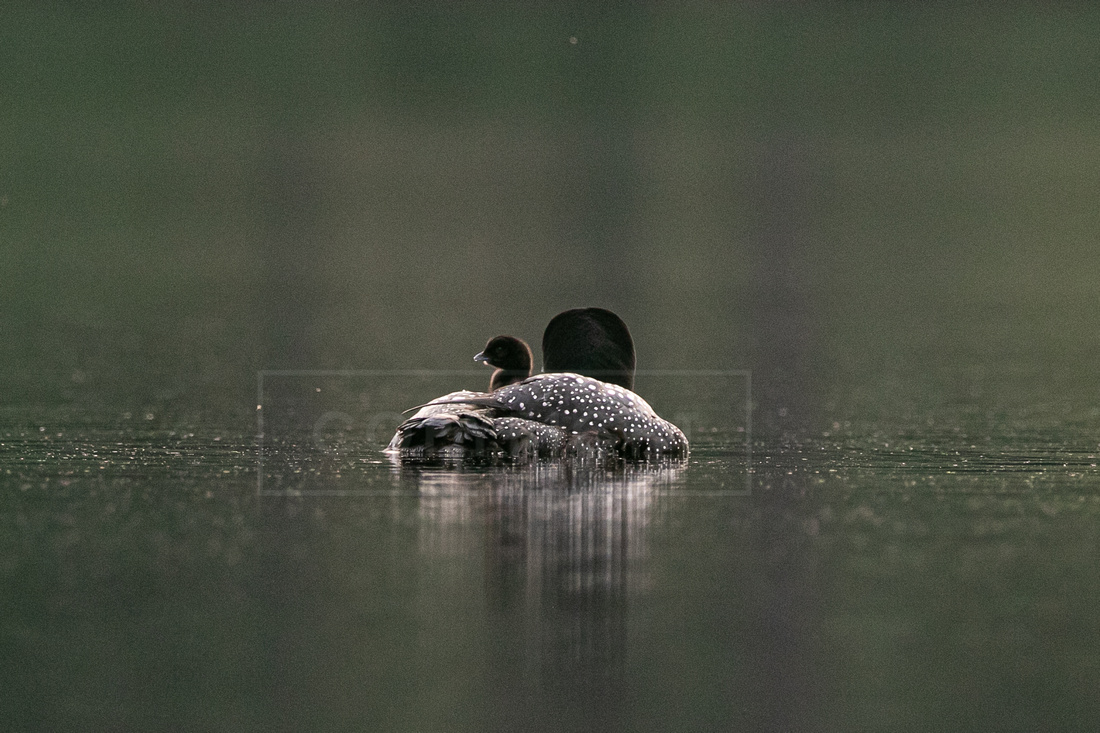 The little family took a slow paddle around the pond as the sun was coming up. The chick is barely visible on the back of the parent in the back. 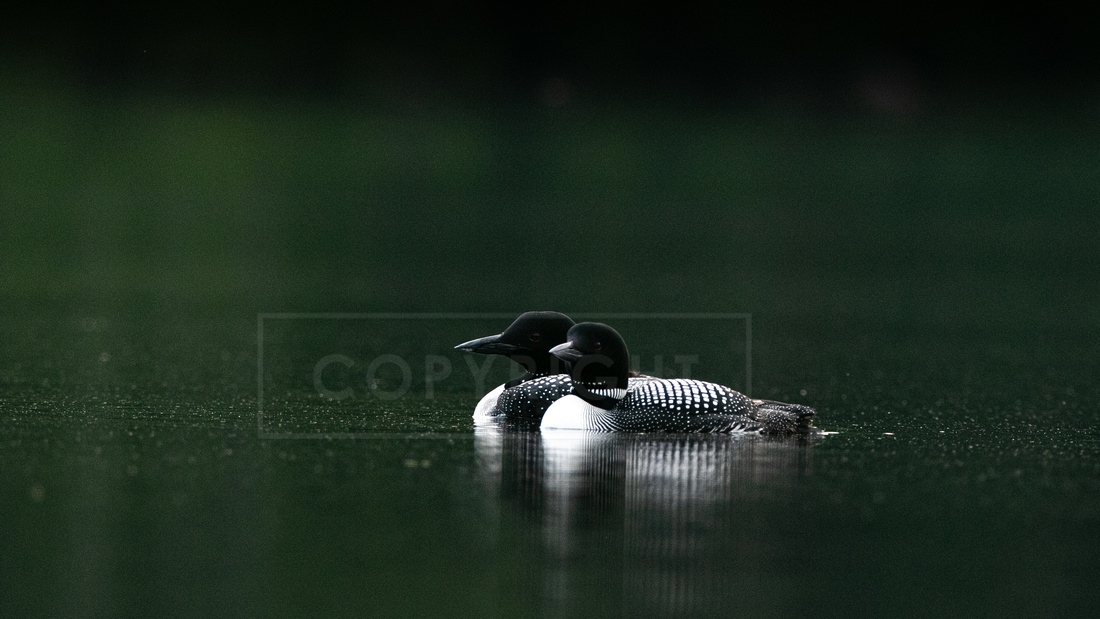 The chick takes to riding on a parent like its riding in a palanquin. 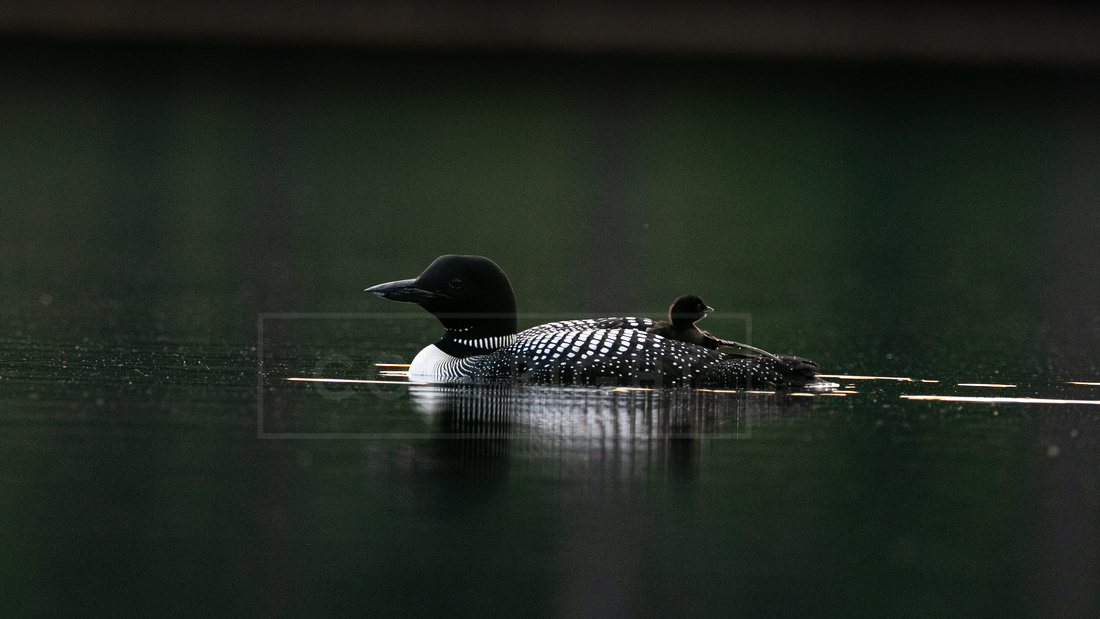 The parent the chick was riding set out to forage, the other parent tried to encourage the chick to come aboard. 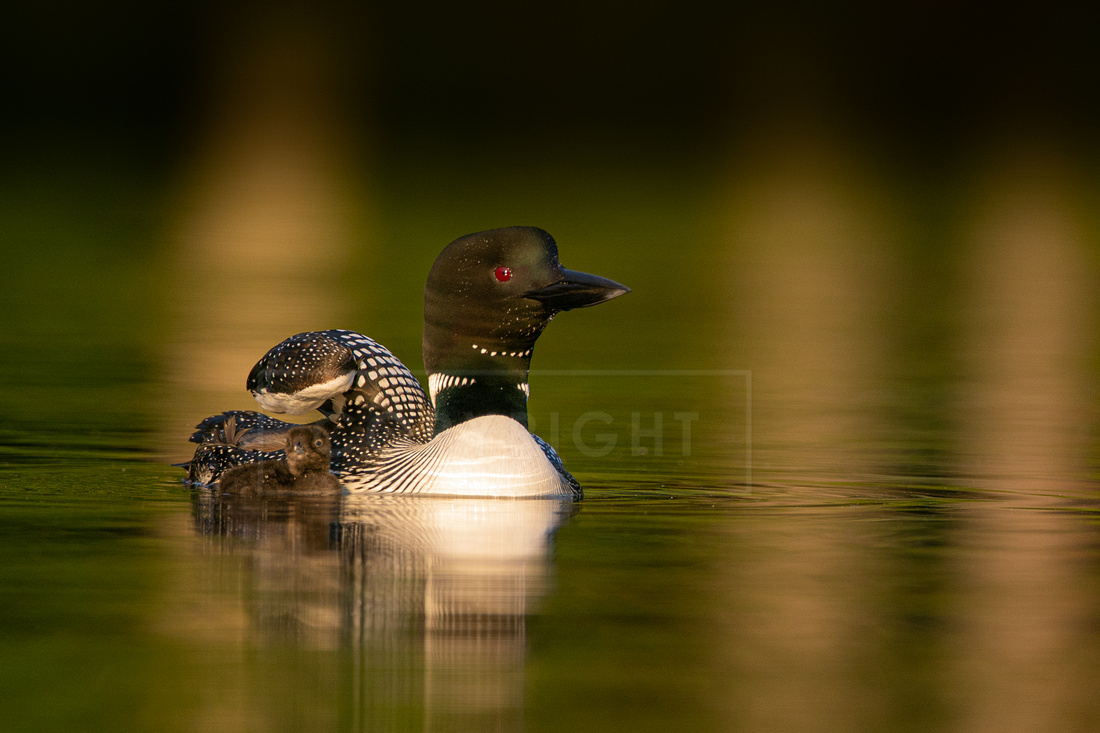 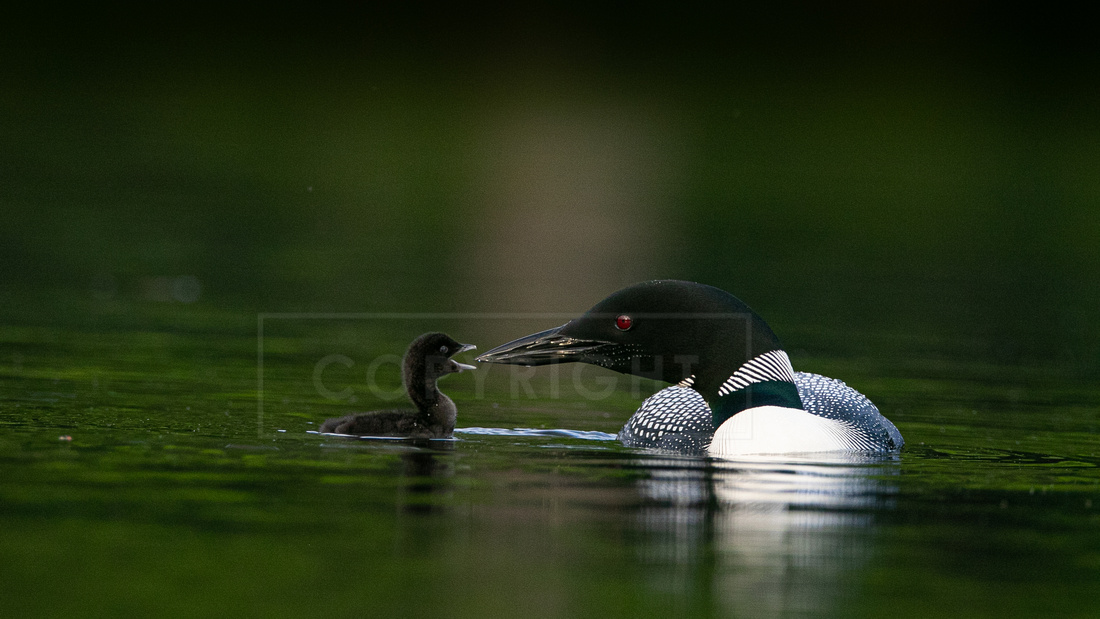 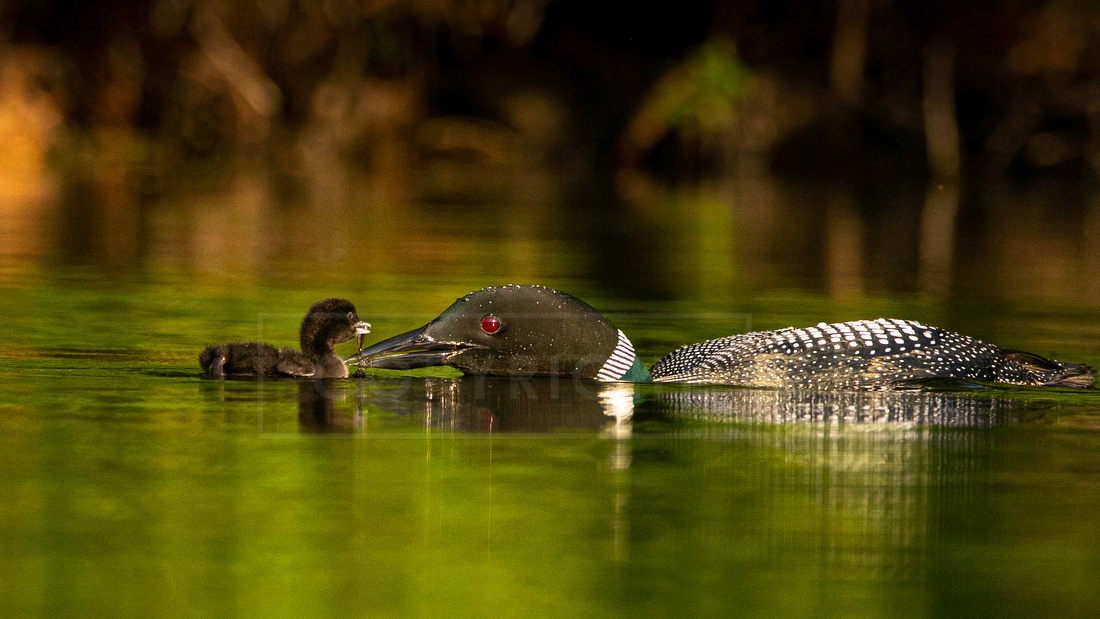 It looked like the parents were catching damselfly or dragonfly larvae for the chick. 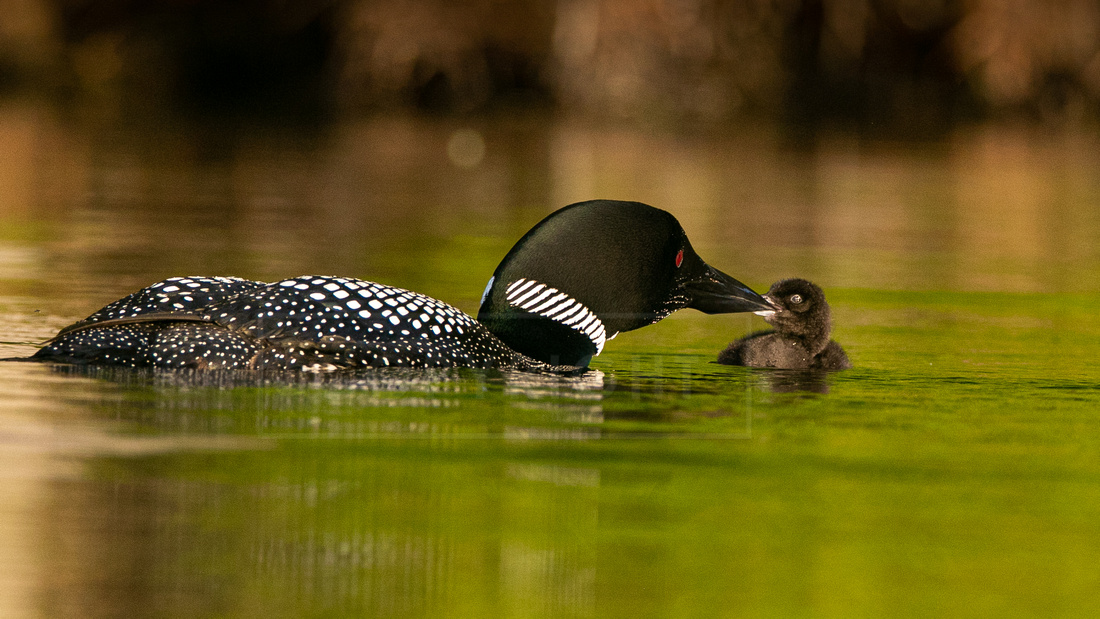 Hey! Where did Dad go? The parent that the chick was next to just dove. 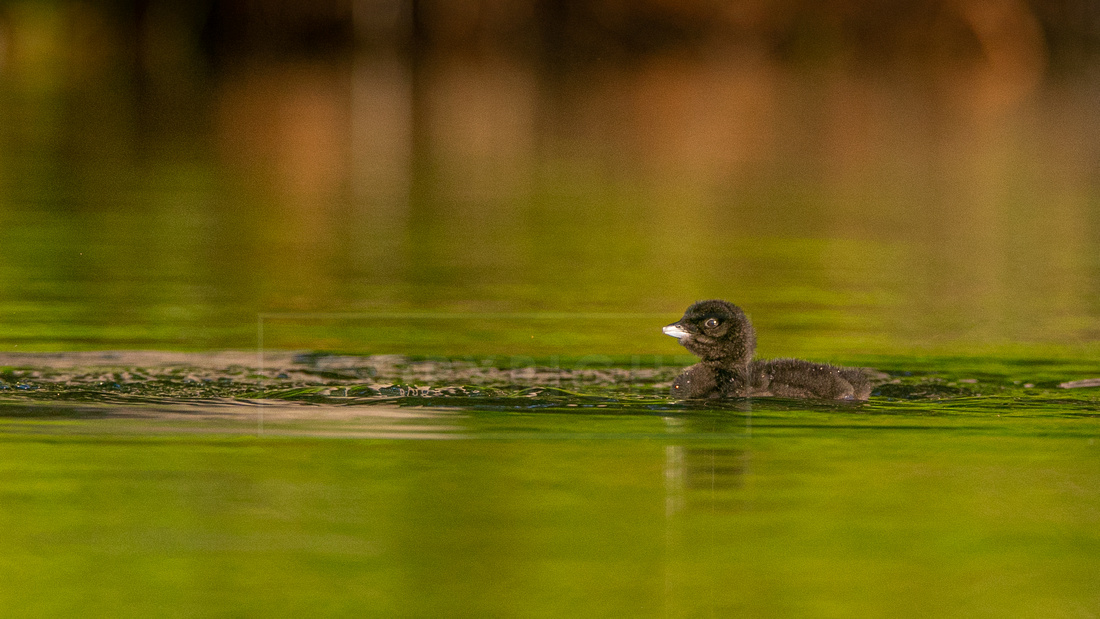 The chick fed, for now, the parents took some time to preen and stretch. 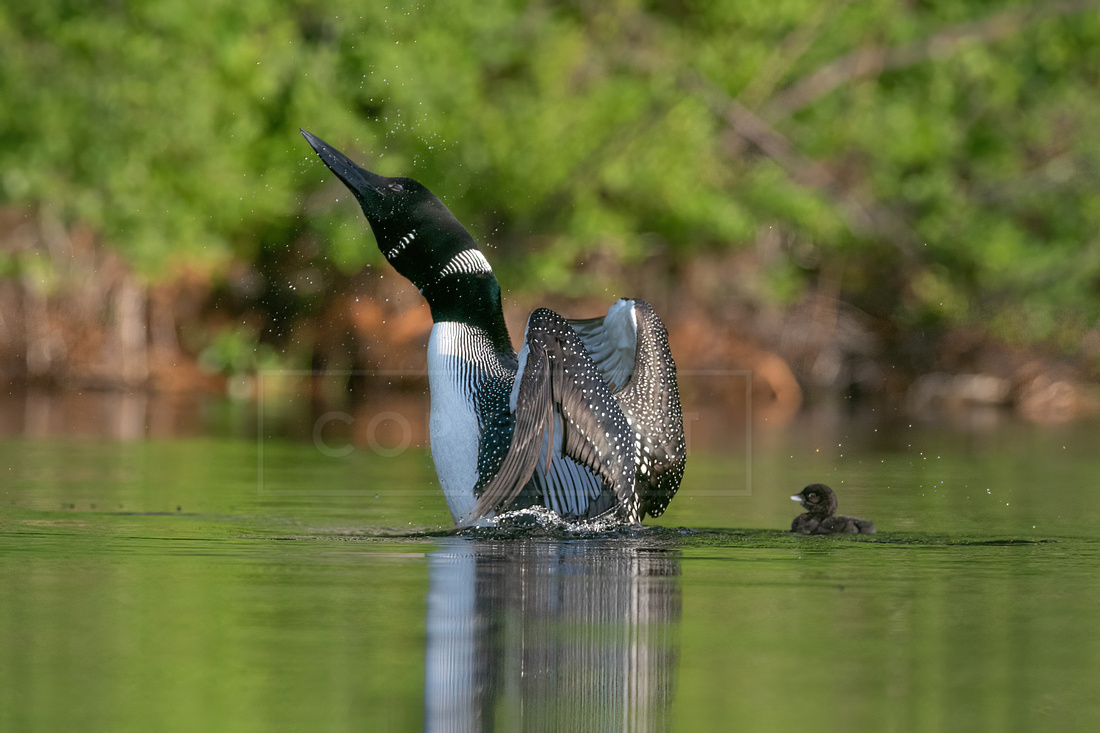 Then, some time just to watch the little one. 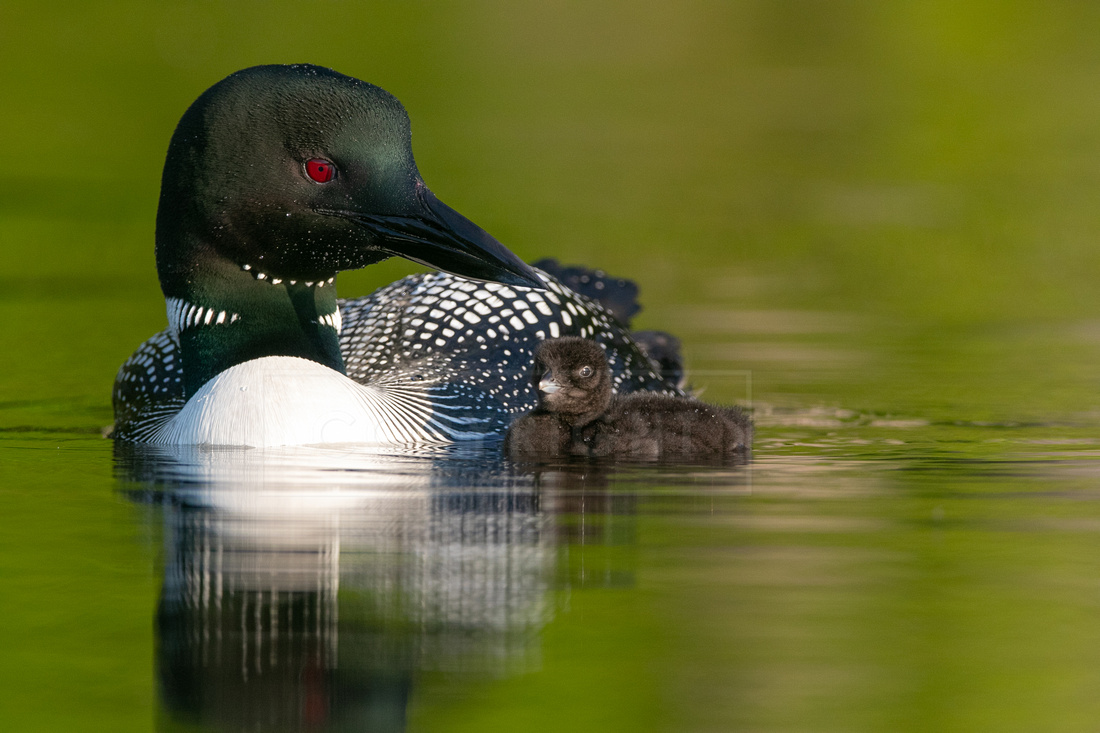 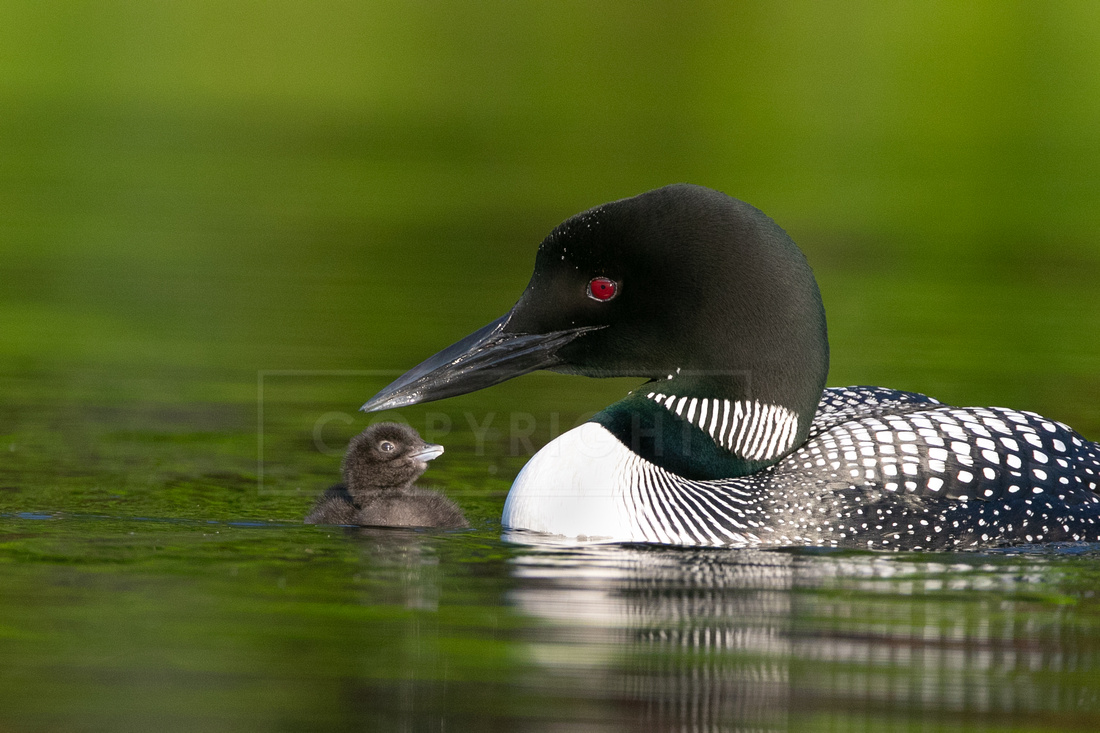 And, now time for a nap. 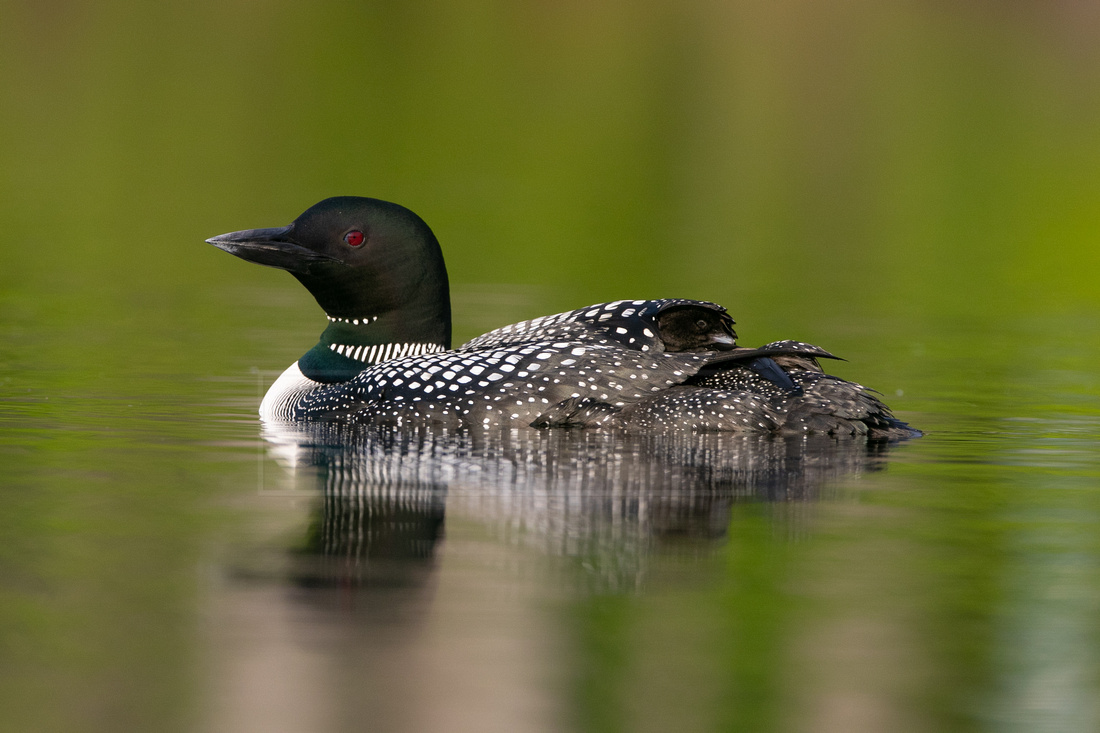