Let's round up the usual suspects once again. I've had some time in the kayak, exploring several local ponds and marshes.

I've been keeping an eye on several pairs of loons. Most have two eggs, one pair doesn't seem to have built a nest yet. One of the loons I've been following was napping in nice light, I tried to drift into position for a peaceful shot of a sleeping loon. This otter had other ideas.

The loon, which was not far from the nest, was not amused. It woke and dove after the otter several times. It was a busy morning for this loon pair, while headed back to check on its mate on the nest, the loon found a snapping turtle which was encouraged to move along. Shortly after, an eagle flew over their pond, causing the loon to flatten out to hide. 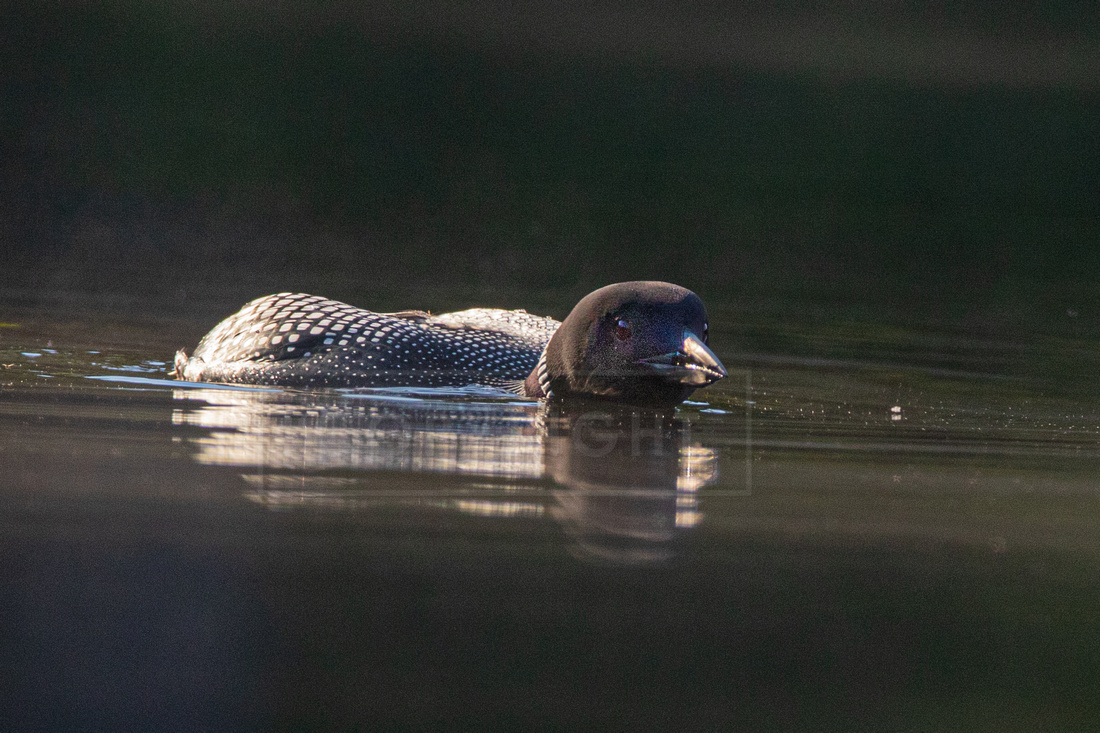 Another pond on another morning found a nice early morning scene with a pair of loons. Spring time brings turtles out to lay their eggs. This pretty lady was laying eggs in West Newbury. That's a snail hitching a ride. I asked him what was going on, he replied, "beats me. Its all happening so fast...." 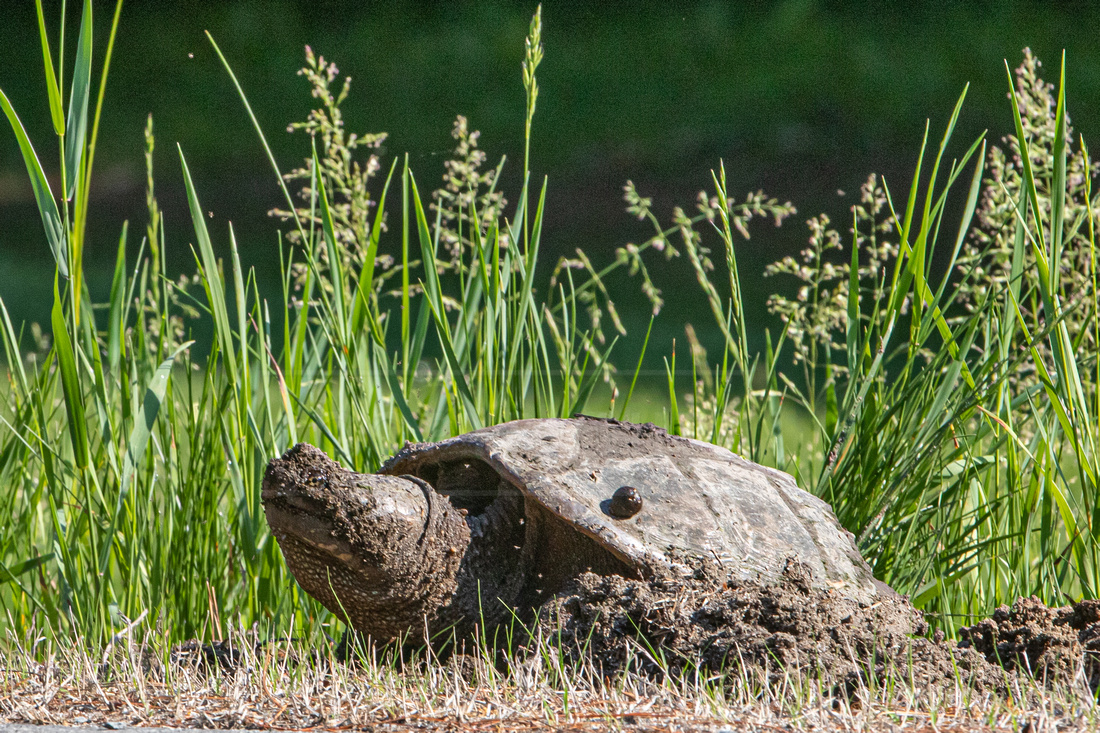 Swamp police are on the lookout for this masked bandit, known as the common yellowthroat. They urge extreme caution, as he's known to be winged and dangerous. 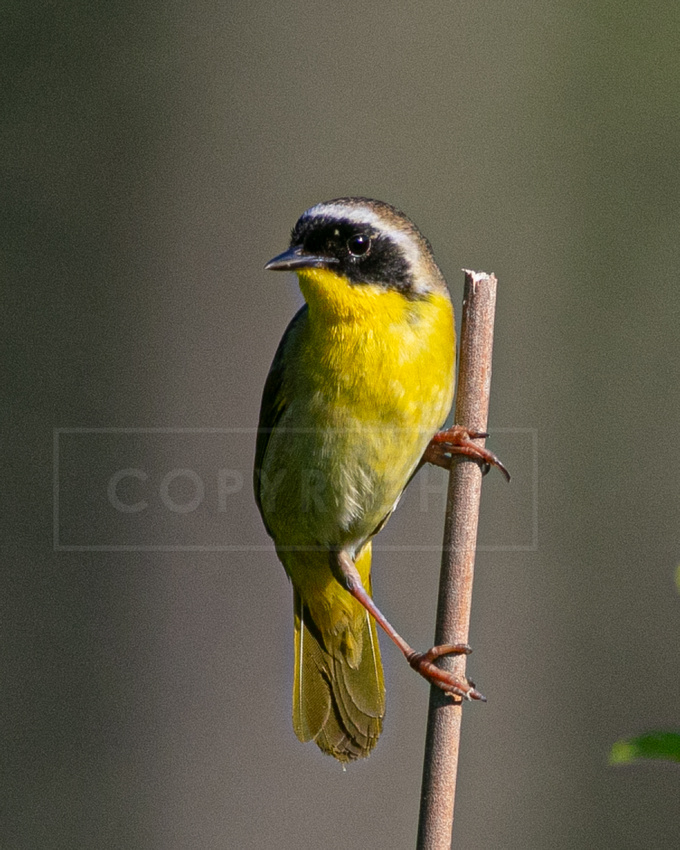 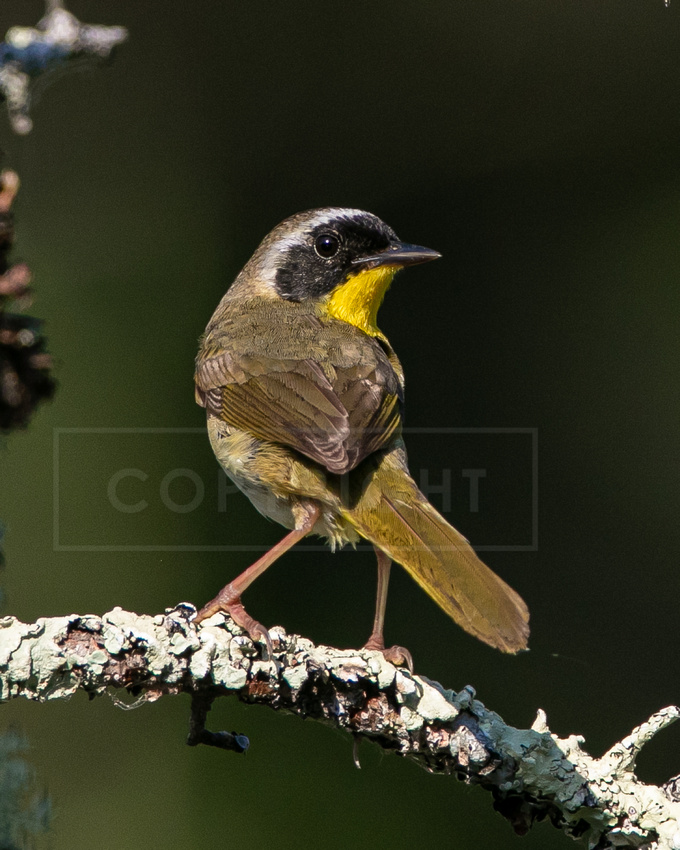 He had a sidekick, known as cedar waxwing. Even our swamp sparrows are looking good this season. 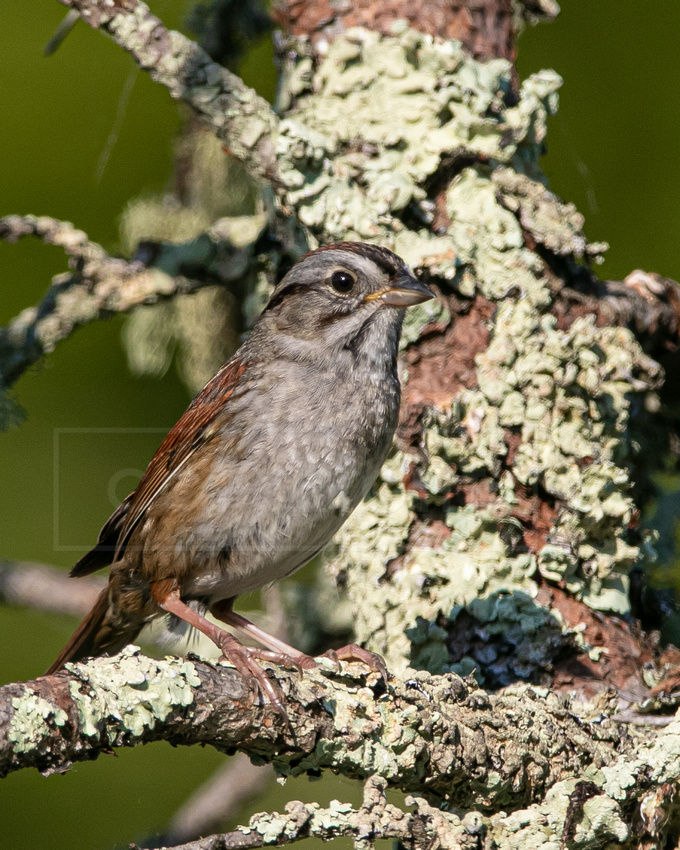 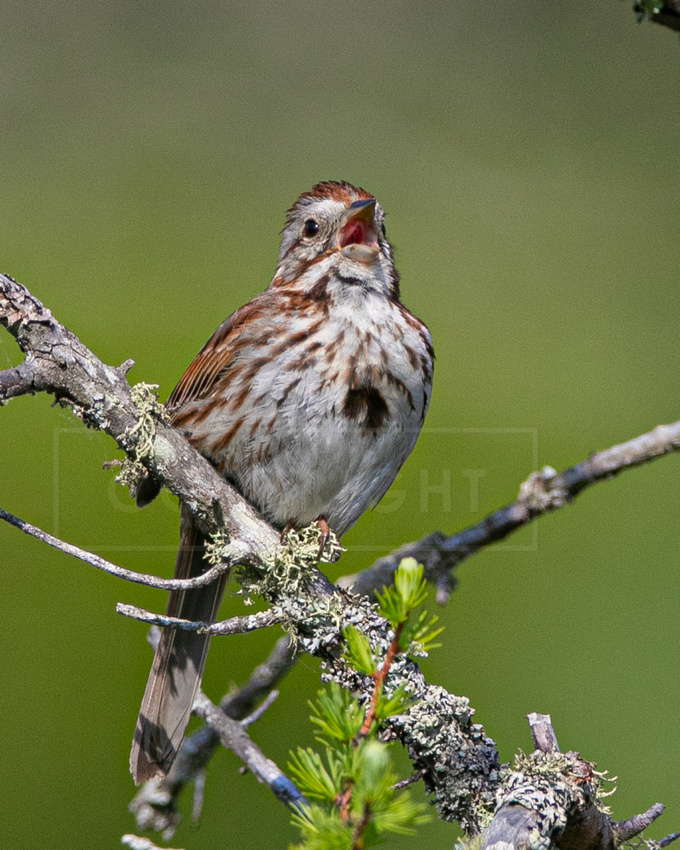 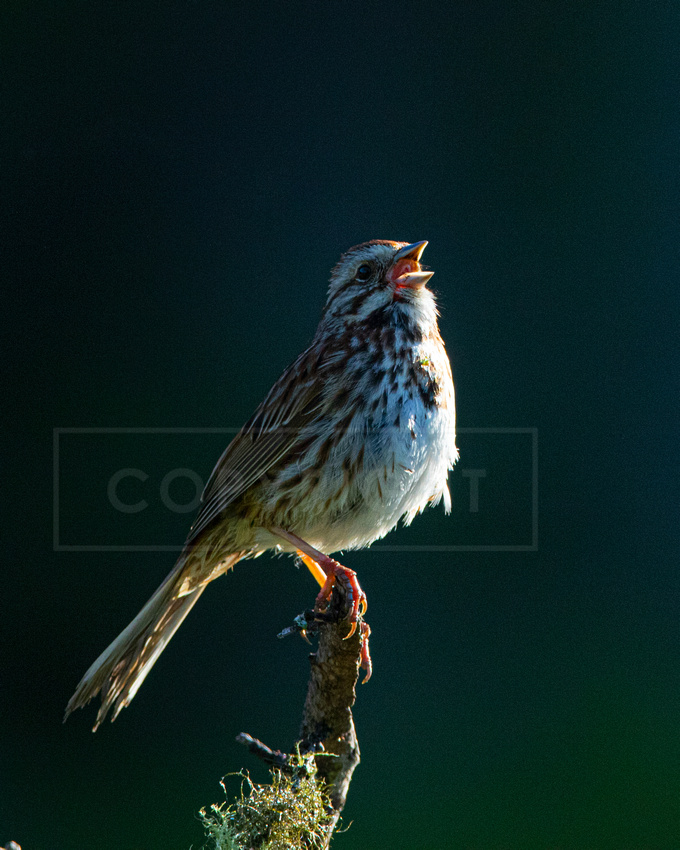 This pair of kingbirds had a prolonged interaction that I couldn't figure out. They were alternately perching near each other and swooping each other off their perches. There were several kingbird nests around the pond with birds still sitting on eggs, so it is probably too early for a fledgling. And, if they were courting, knocking your potential sweetheart off her perch repeatedly seems an odd way to win her favor. 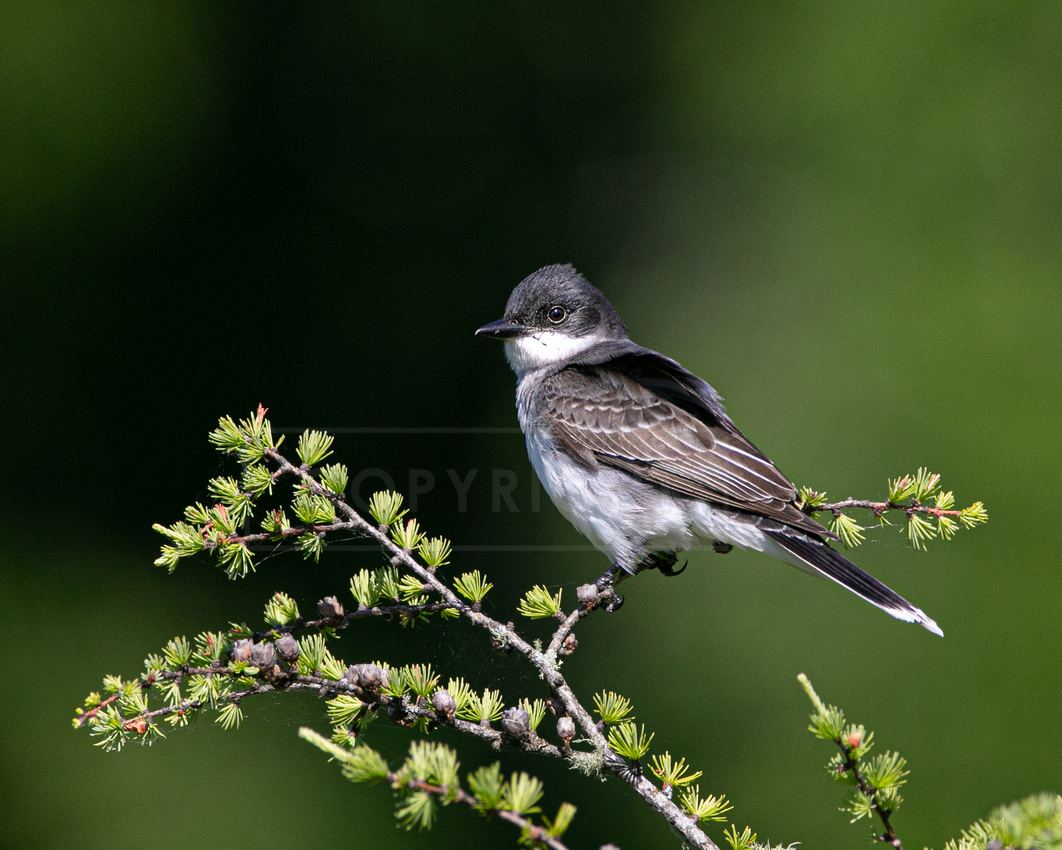 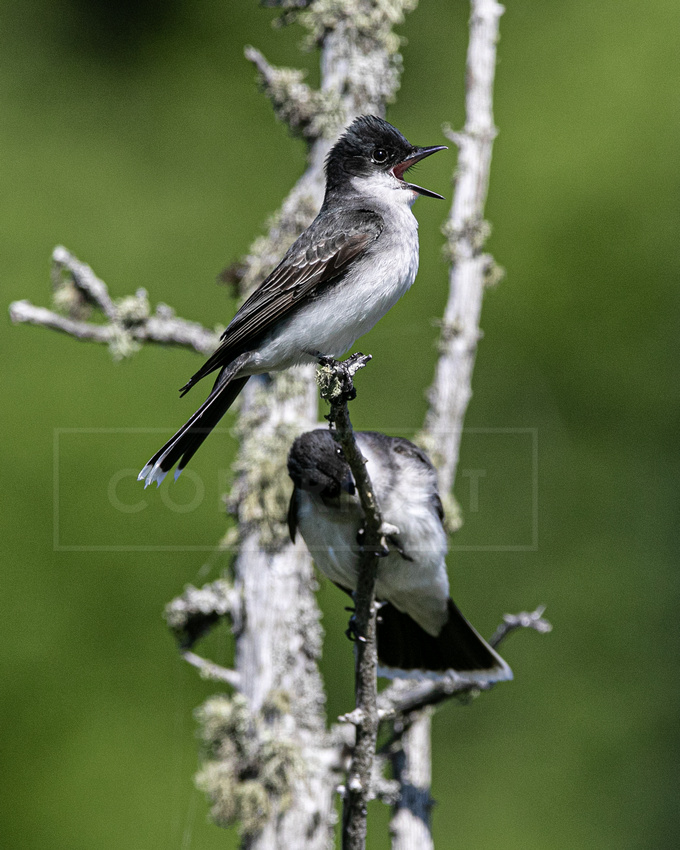 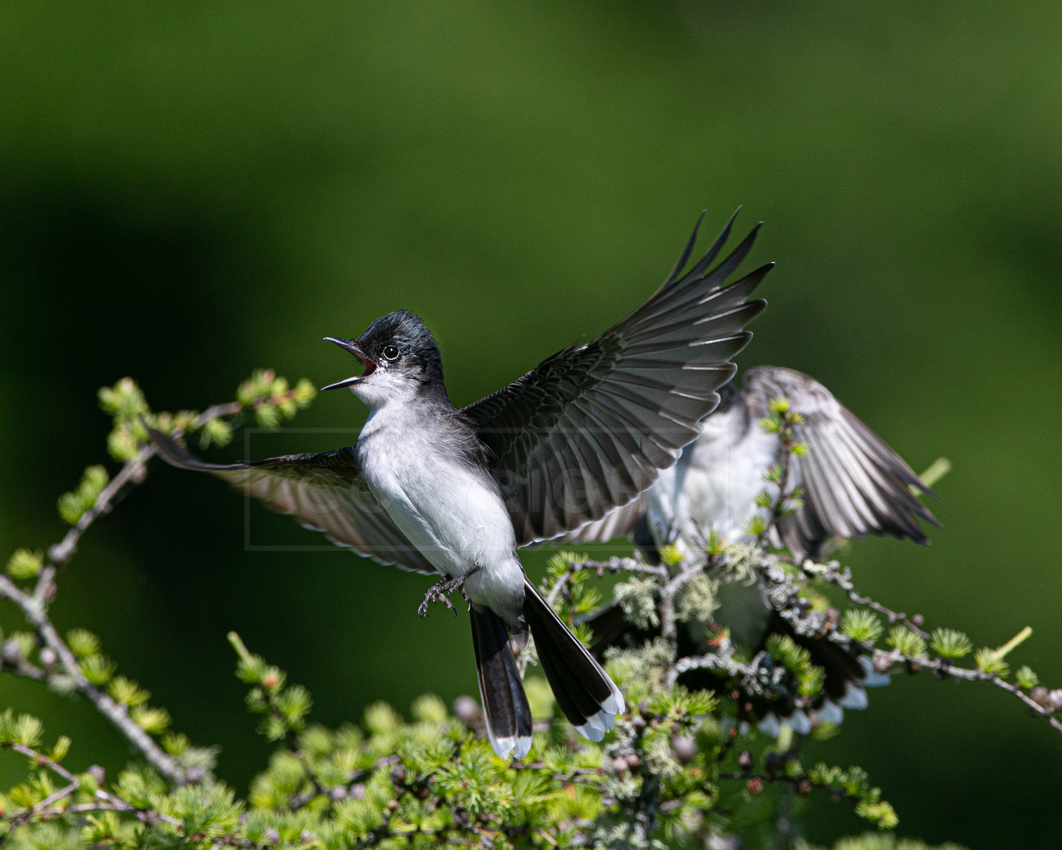 The orange crown is what gives kingbirds their name, it is rare to see it. 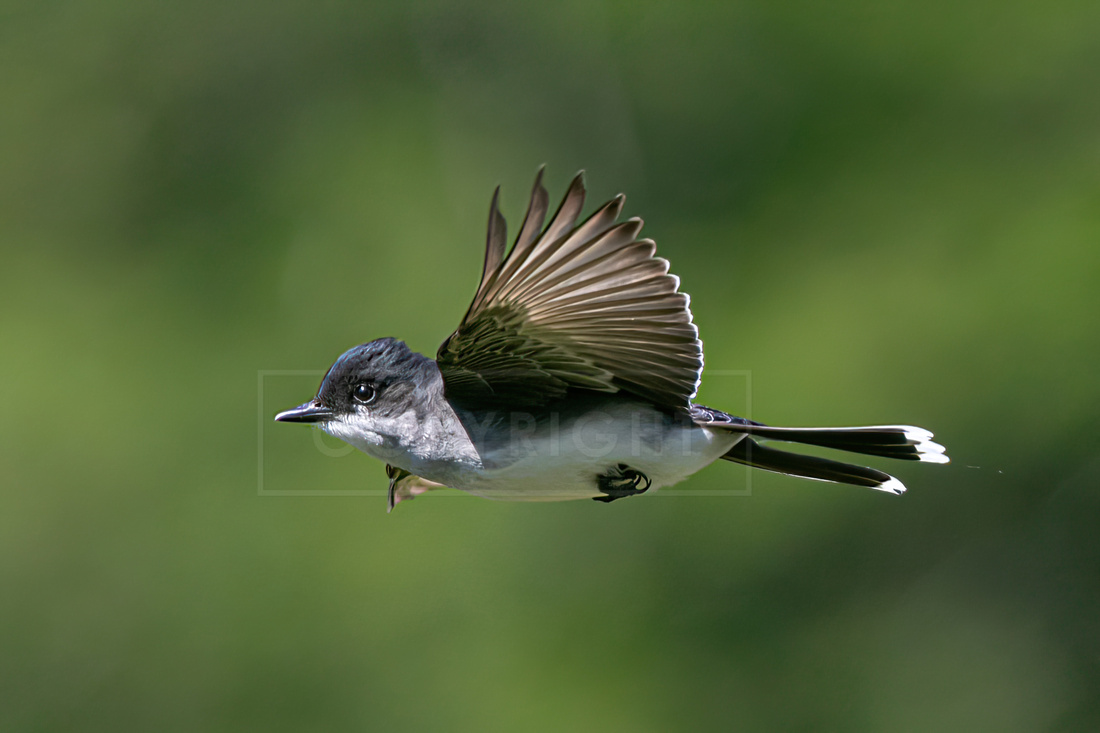 This spotted sandpiper was kind enough to pose nicely several times throughout one morning. 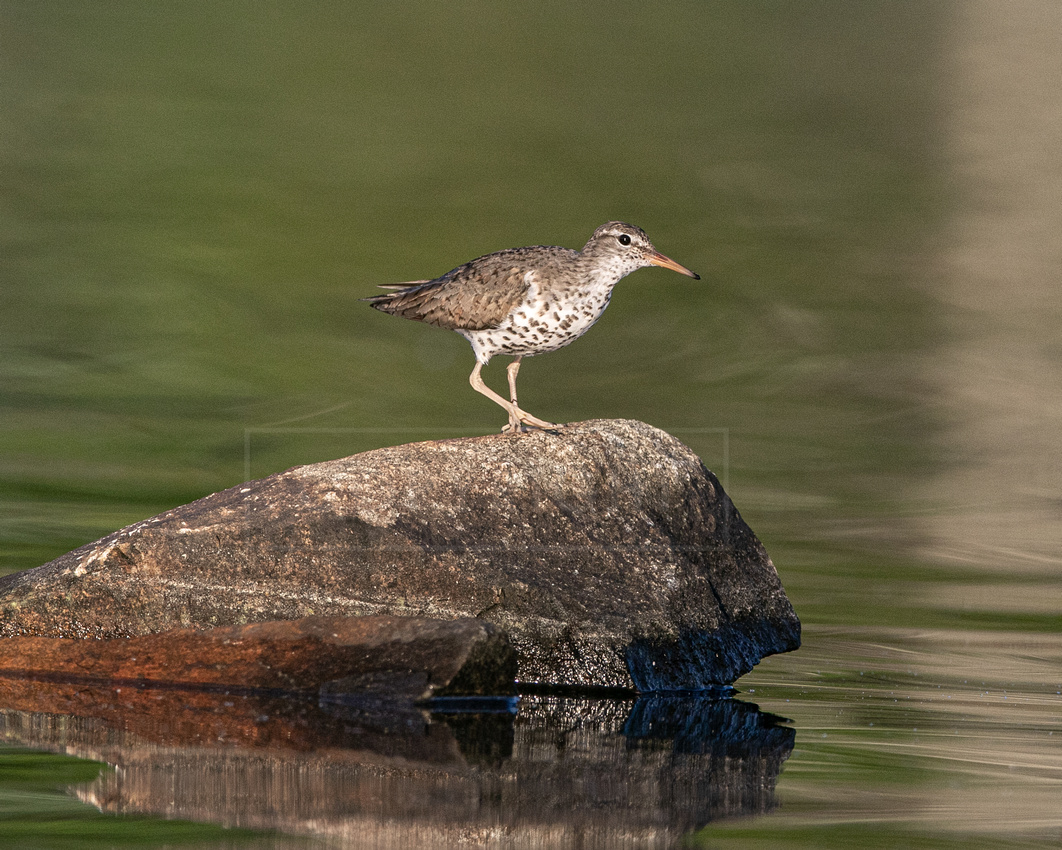 Oh! Deer! This doe popped out of the brush not far from where I was tied off. I'm not sure she approved of my being on her pond.

Readers who don't wish to see nature being nature may want to stop with this shot of the doe. Following are a pair of pictures of raptors with prey, including some gore.

A broad-winged hawk gave me a fly by with some Vermont Flied Chicken. I can't really tell what the prey is, we were a long ways from anyone keeping chickens, it may be a turkey poult. An osprey with a breakfast of catfish. 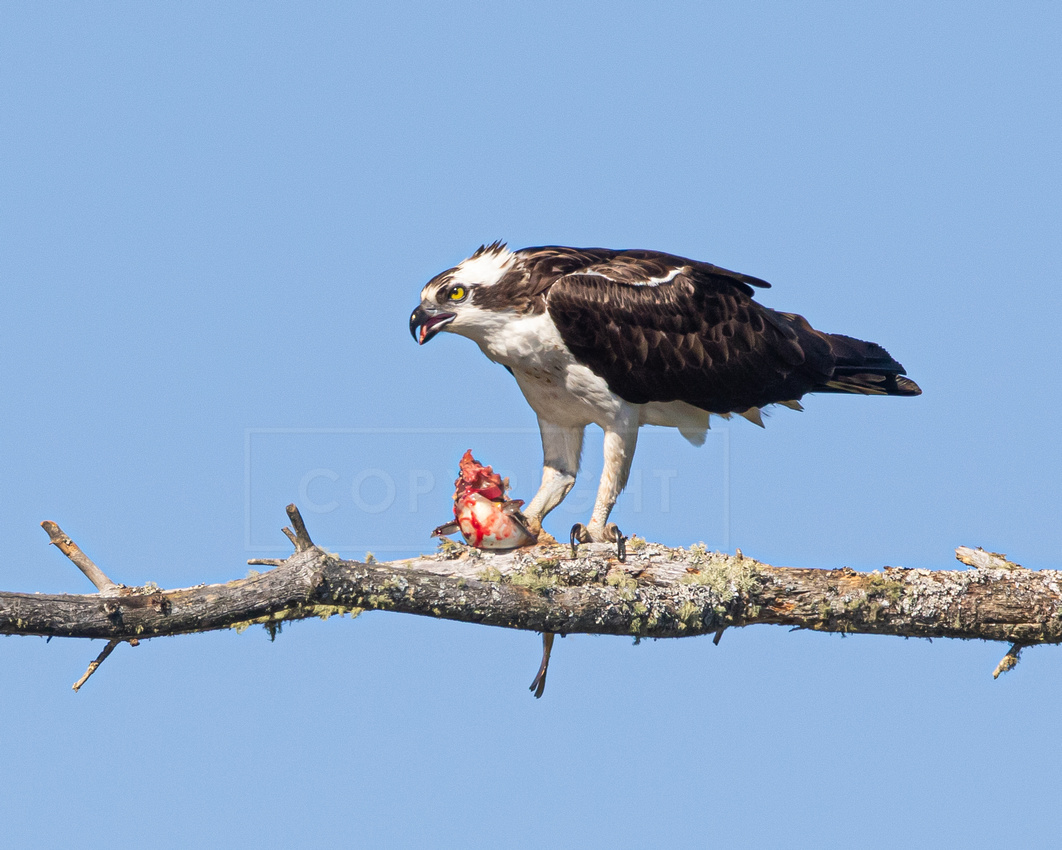