Checking in on Our Loon Family

I was lucky enough to get to spend two mornings on the pond with the loons this week. Tuesday morning had a very pleasant surprise.

When I got to their pond, the loons were at the west end, I headed to the spot they like to forage on the east side of the pond. As the fog began to lift, both parents showed up. But, there was only one chick with them. 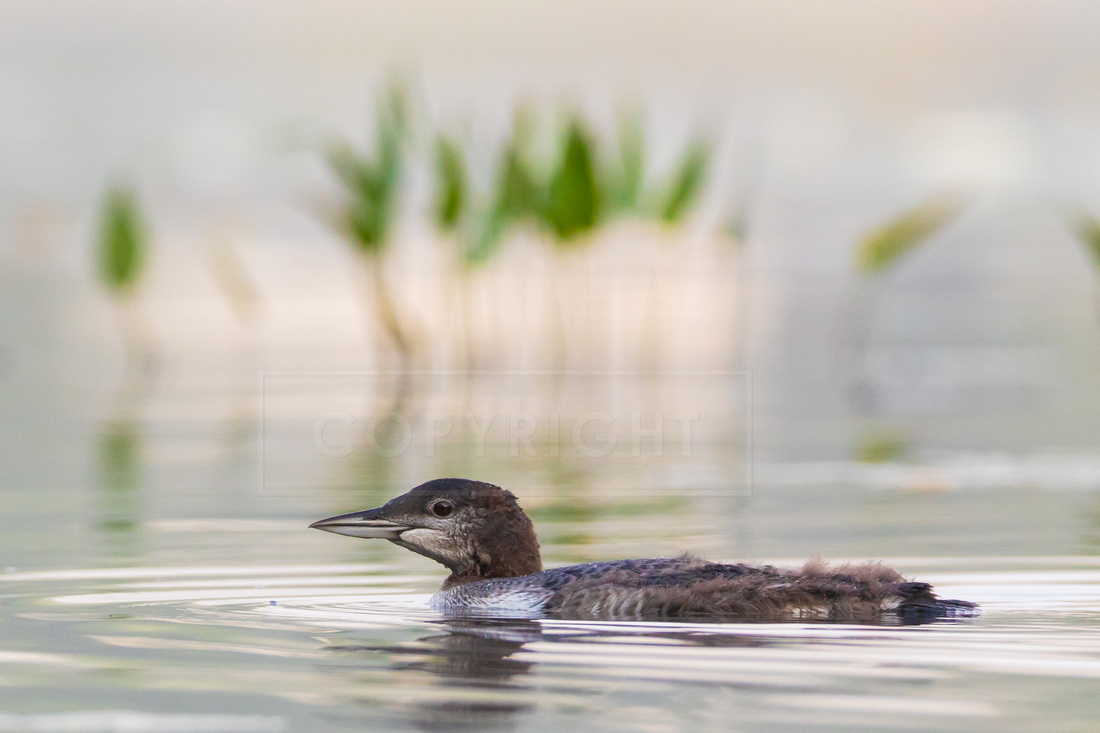 There are lots of threats to loon chicks and while sad, I wasn't too surprised.  Mom and dad were both keeping busy feeding the chick. 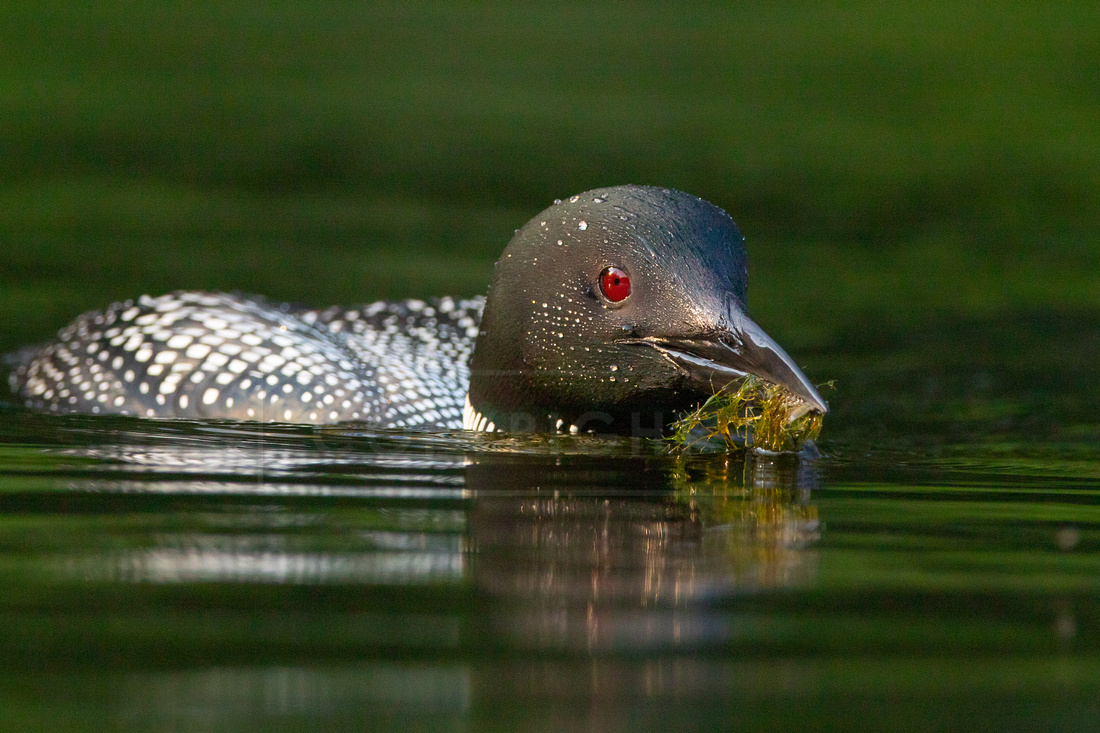 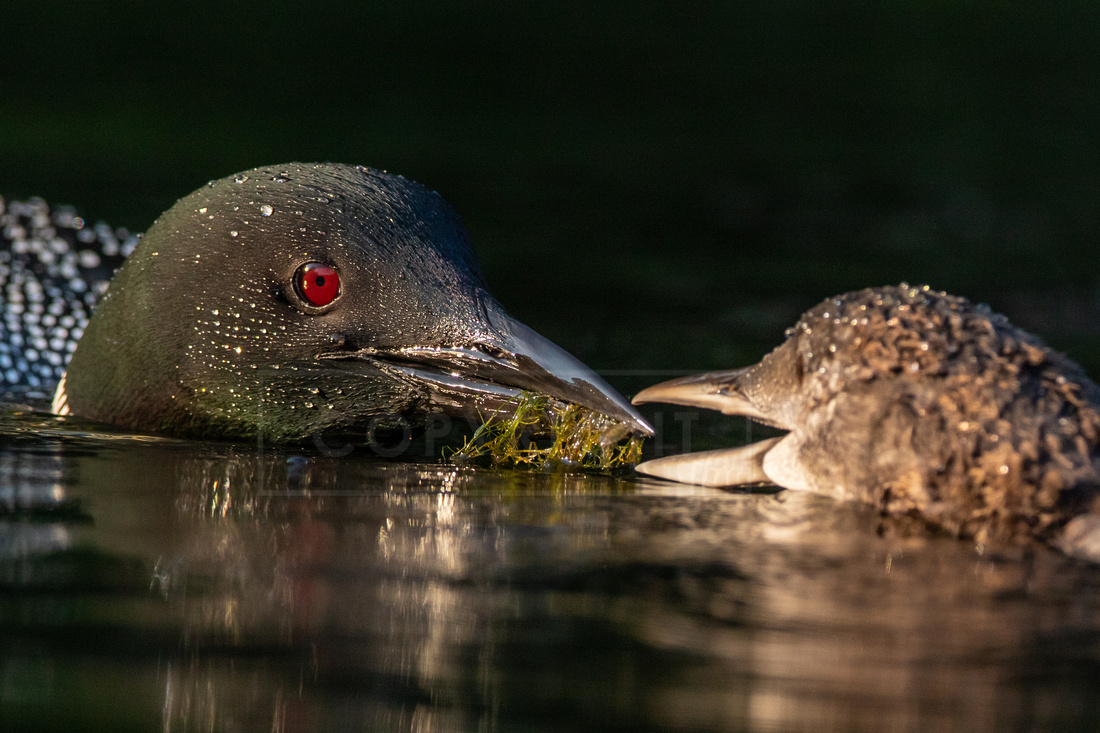 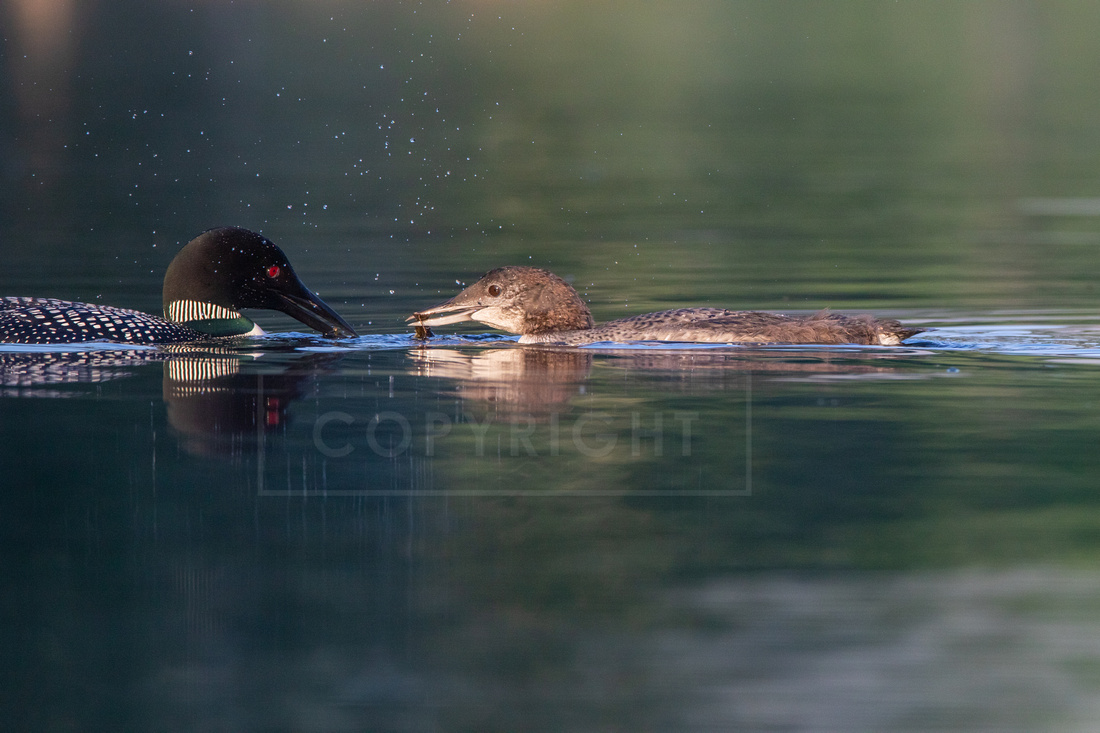 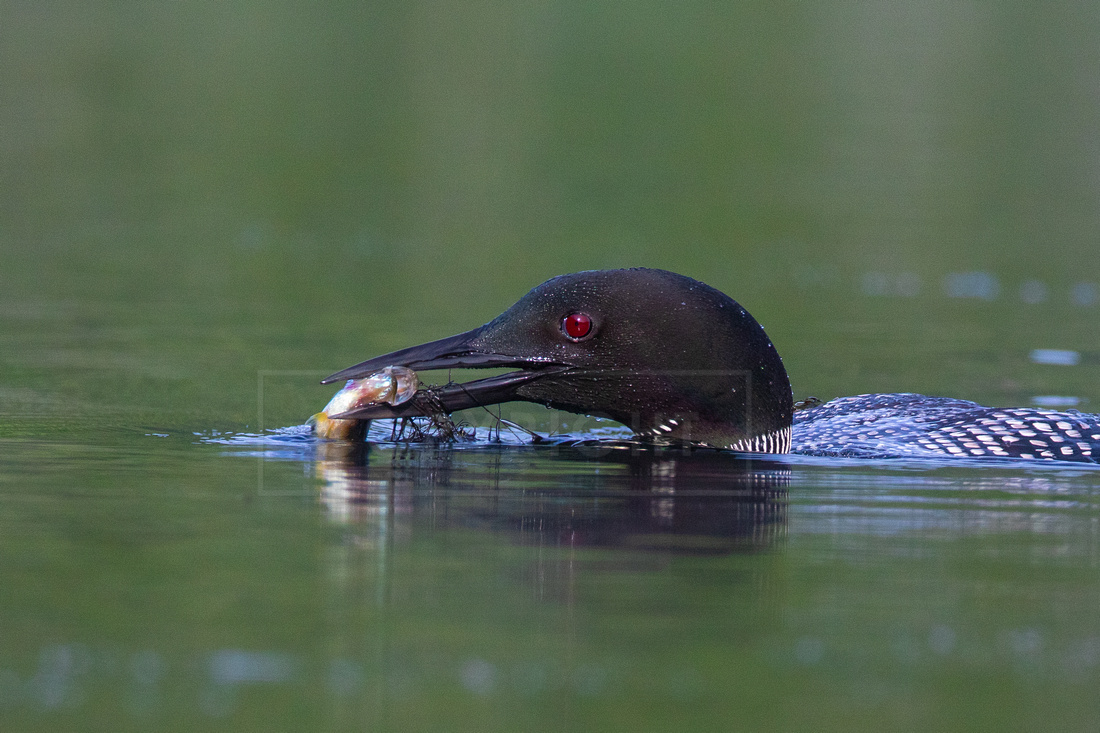 The chick is still learning what is and what isn't food. This pine cone got a good thrashing before being discarded as inedible. 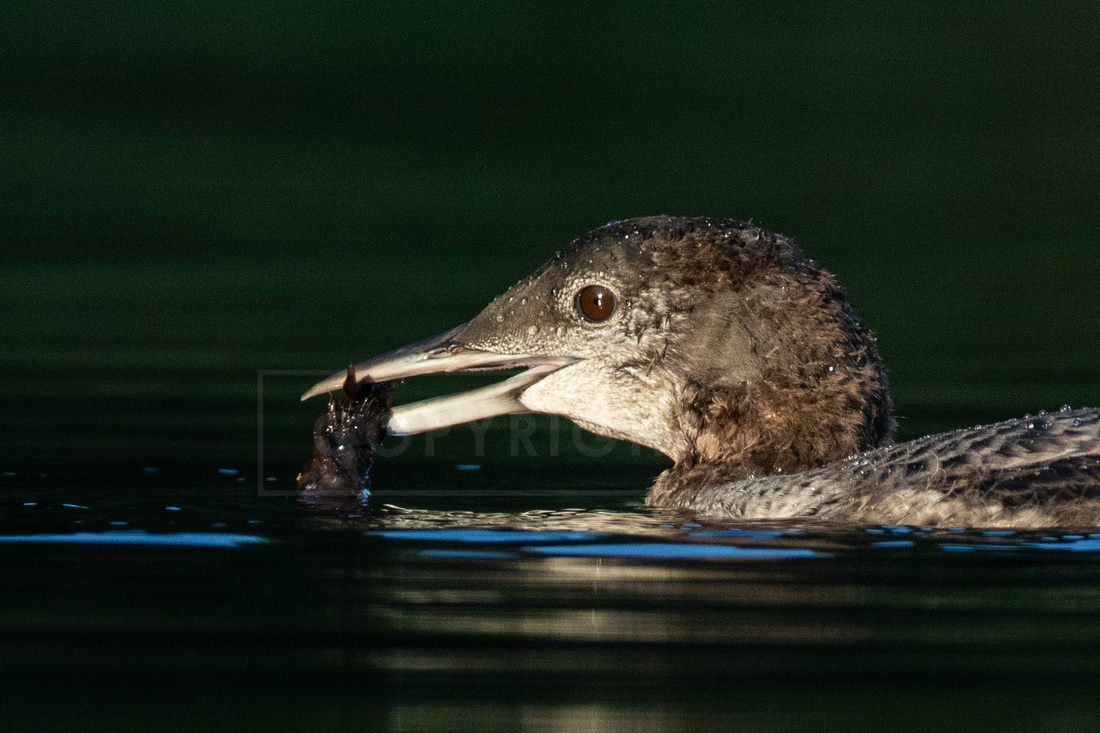 Loon chicks poke and nibble their parents around the neck and breast when they're hungry. 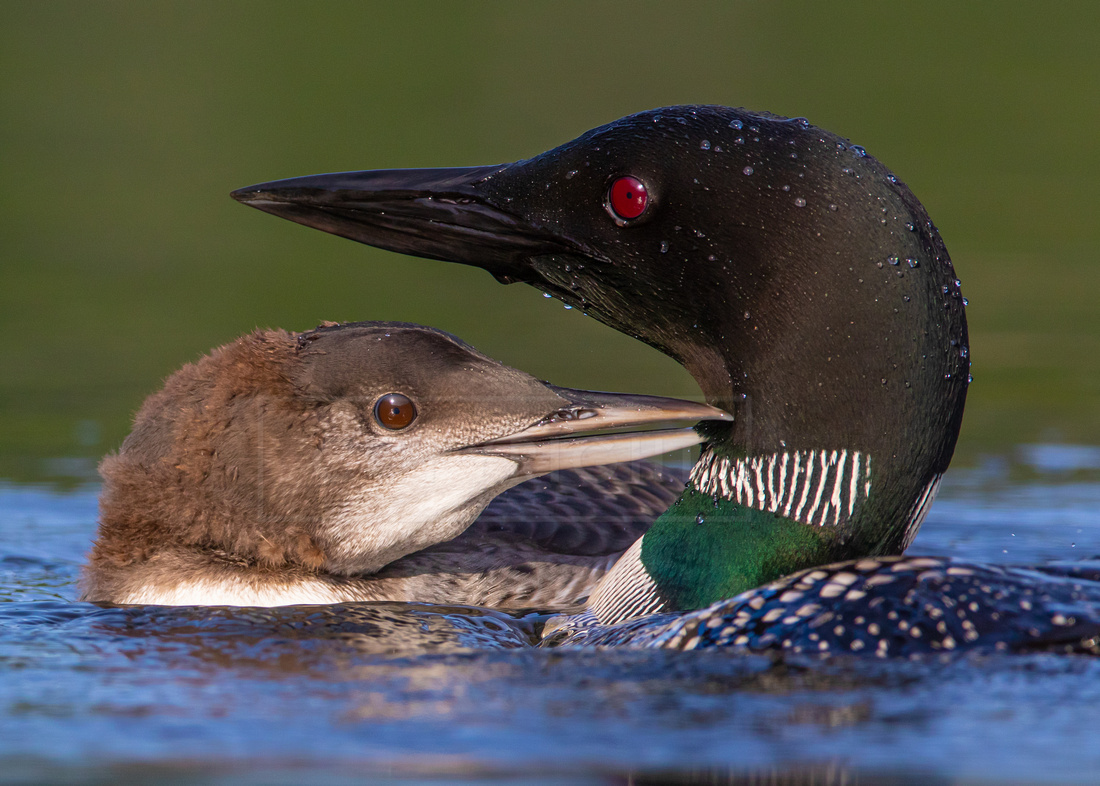 After breakfast, it was time for some preening. 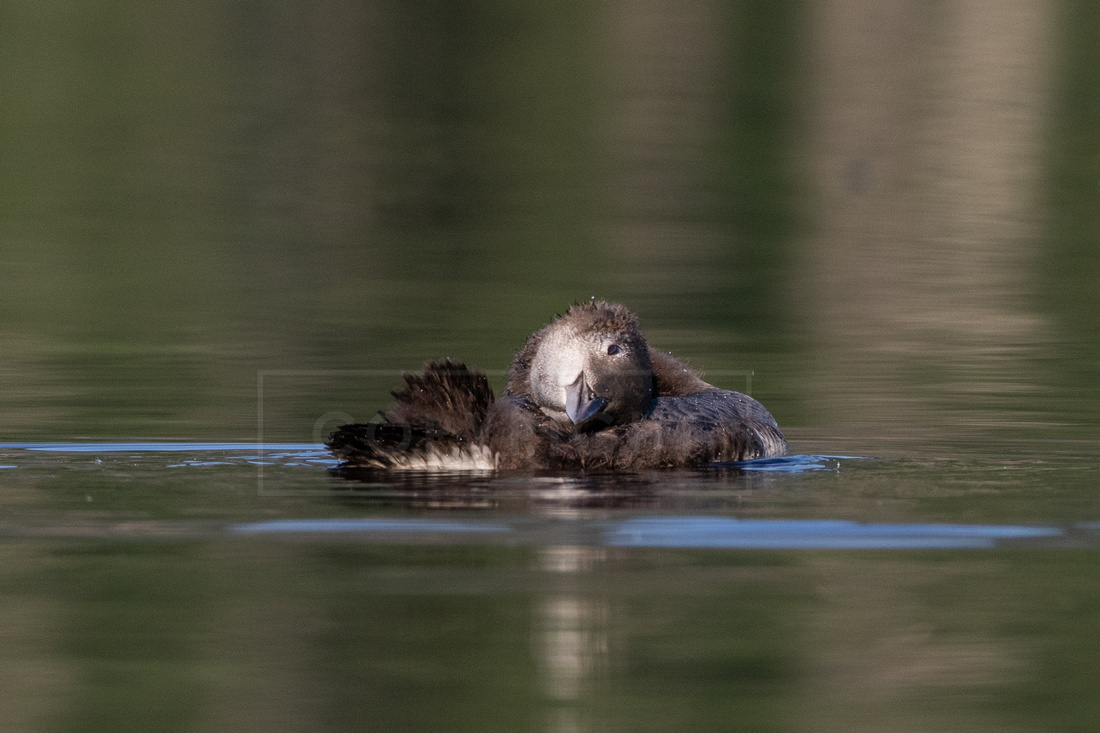 The loons headed back west on the pond, I went exploring to see who else might still be around. The swamp is a quiet place, not a grackle or red-winged blackbird to be found. There were just a handful of sparrows and phoebes around. 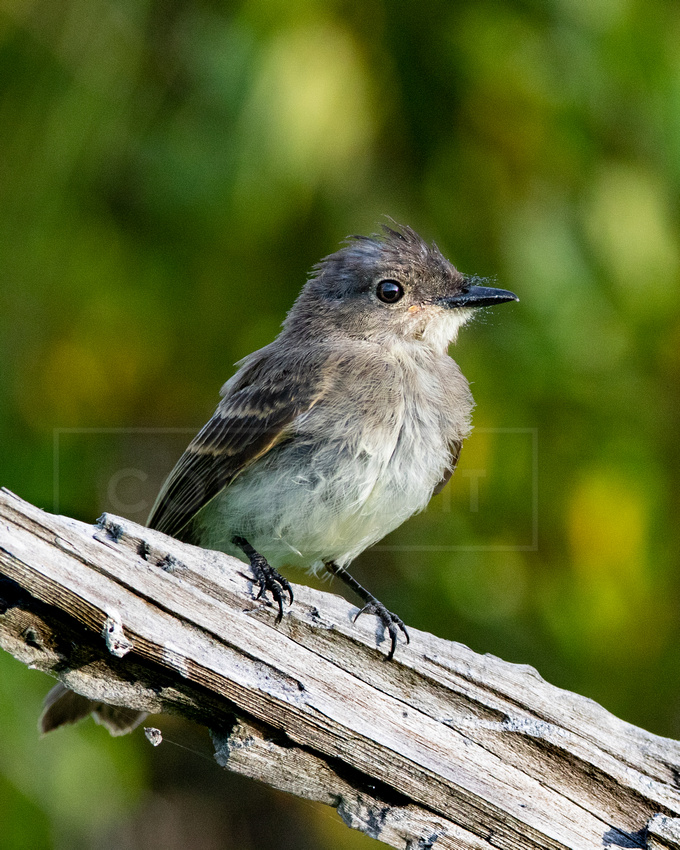 Pileated woodpeckers are my nemesis bird - I just can't seem to get a good pic of one. Three pileateds were working trees along the pond. True to form, they mocked me, hiding behind brush or staying on the far side of the tree. This guy goofed and came into the open for a couple seconds. 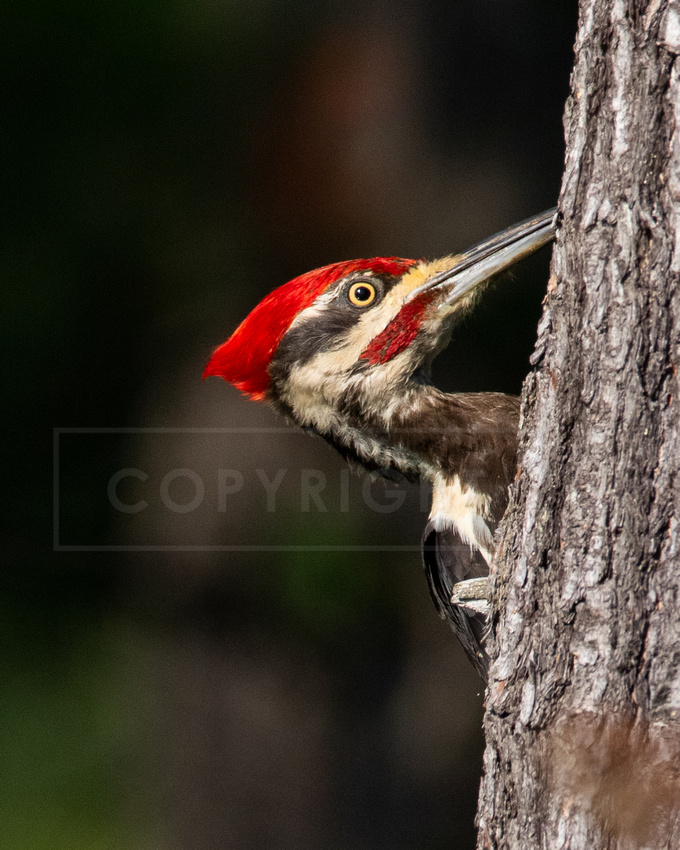 The loons caught up with me at the west end of the pond. And there was a great surprise. The second chick was alive and well! He'd(?) foraging on his own. He stretched and headed over to greet the rest of the family. 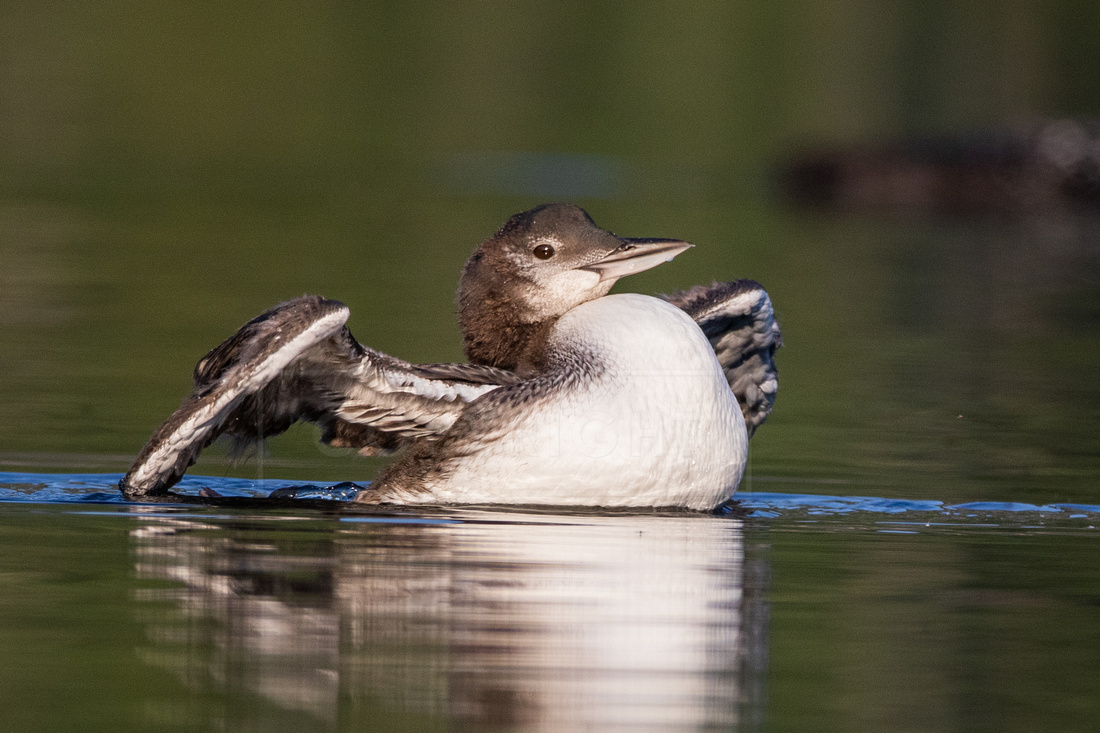 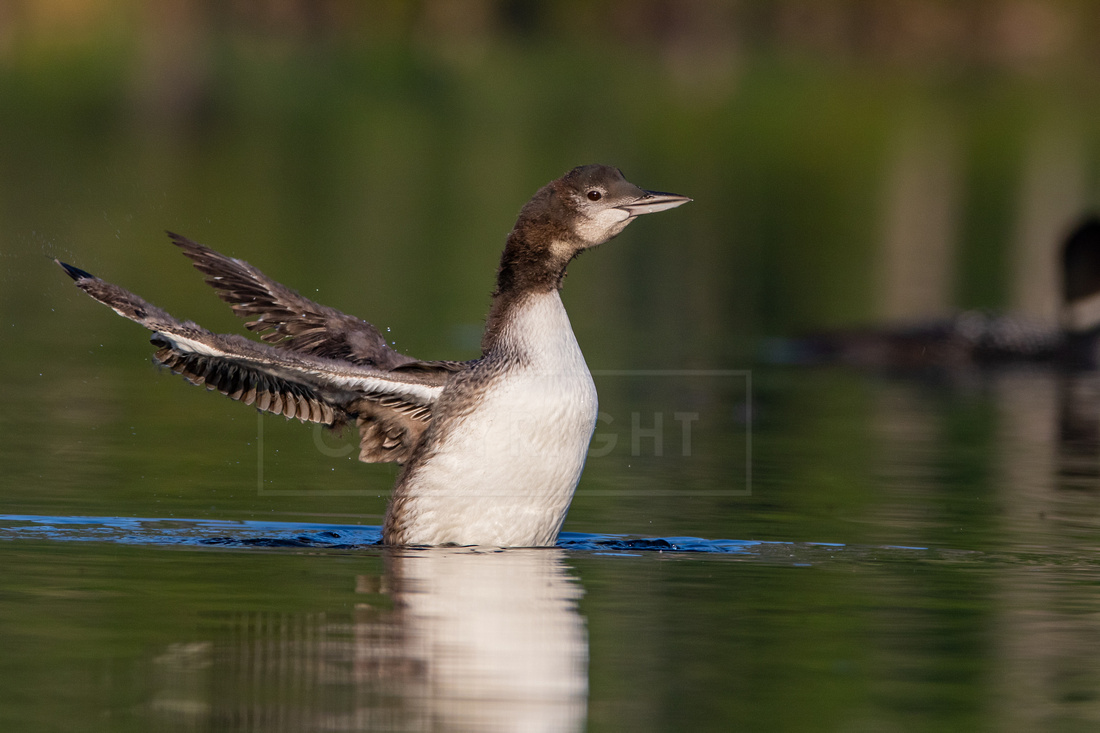 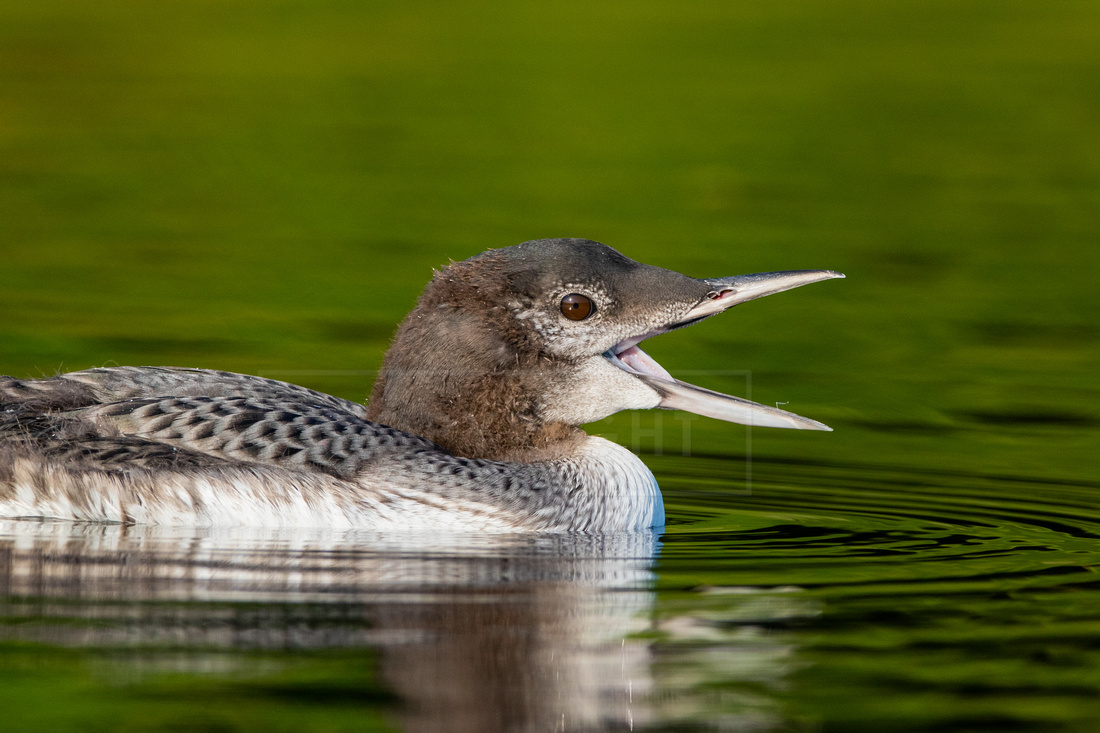 There was another round of preening before everyone settled in for a nap. A good preening session requires a good stretch when completed. 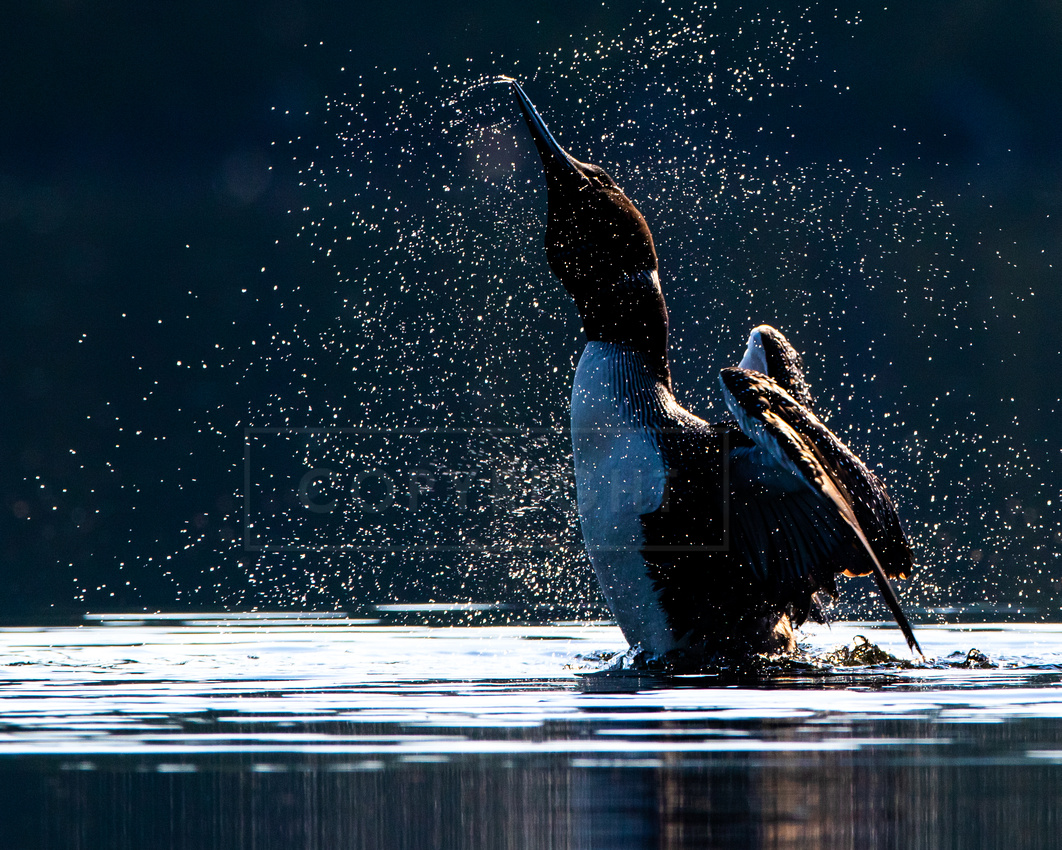