Saturday morning, I loaded up the kayak and got ready to head out. I whistled for my trusty mouse, but he must have been already engaged. Off I went to the pond to check up on the chicks. Both chicks were out and patrolling with their parents. The chicks have mastered looking majestic as they ride along. 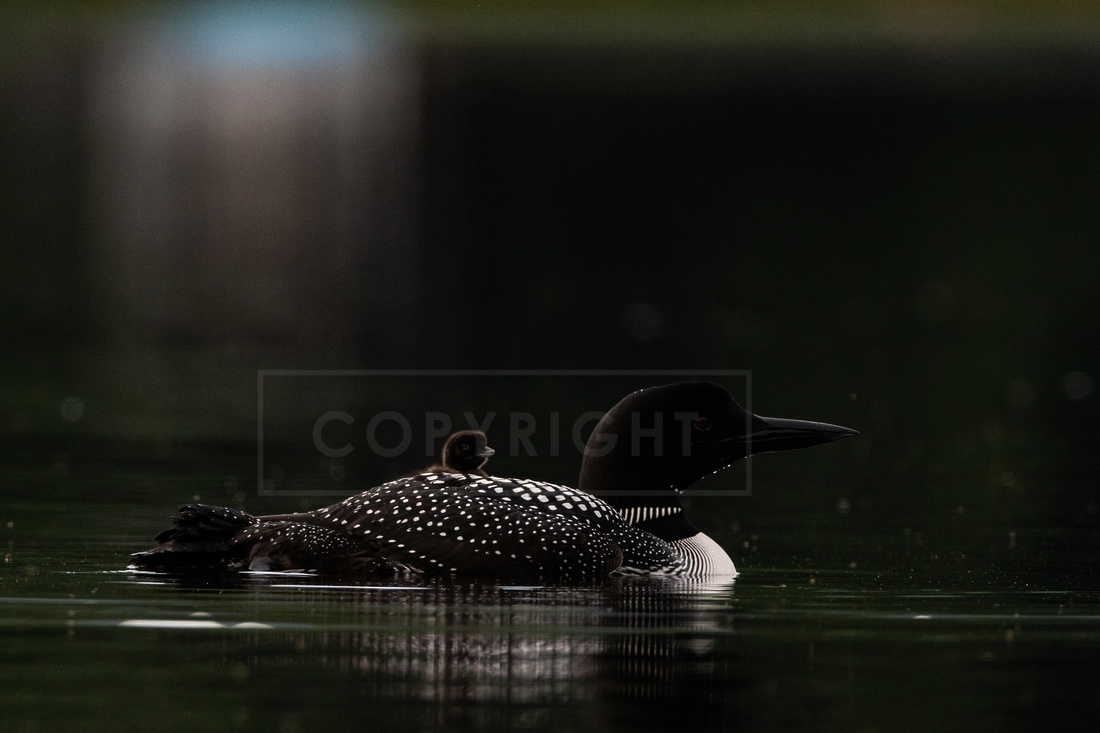 The chicks were riding along on, or near when they fell off, one parent while the other foraged in the shallows for chick-sized meals. Loons aren't very diligent about remembering they're carrying chicks. They'll often stretch, dive or just stretch a wing with the chicks onboard. This often tosses the chick overboard. 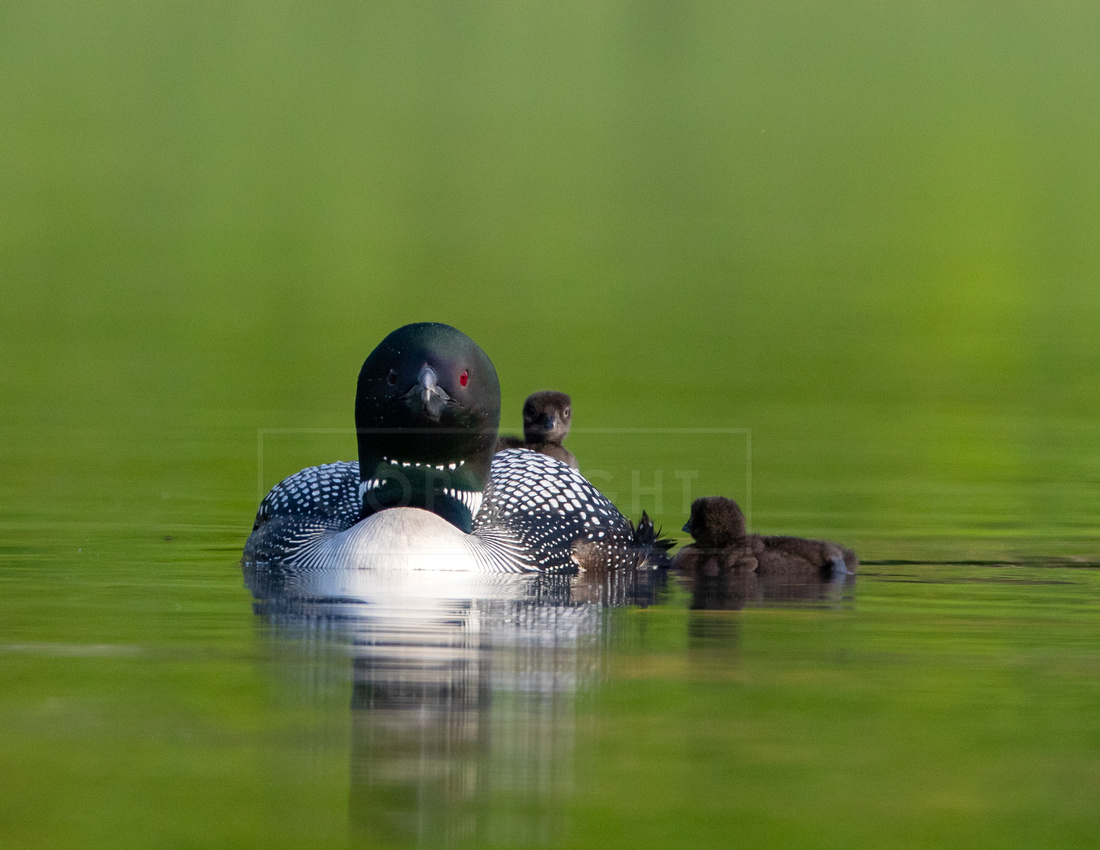 Here, we've got the parent heading back to the chicks with what appears to be a perch fry. 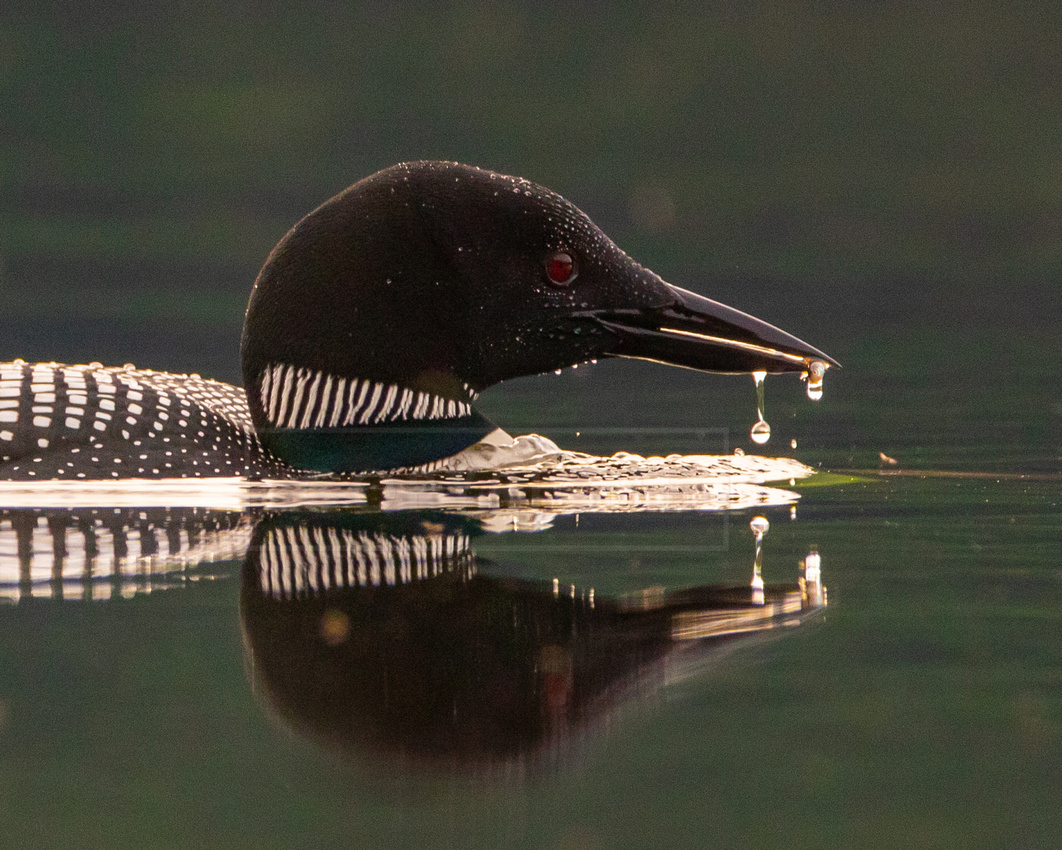 This chick seems ready to be fed 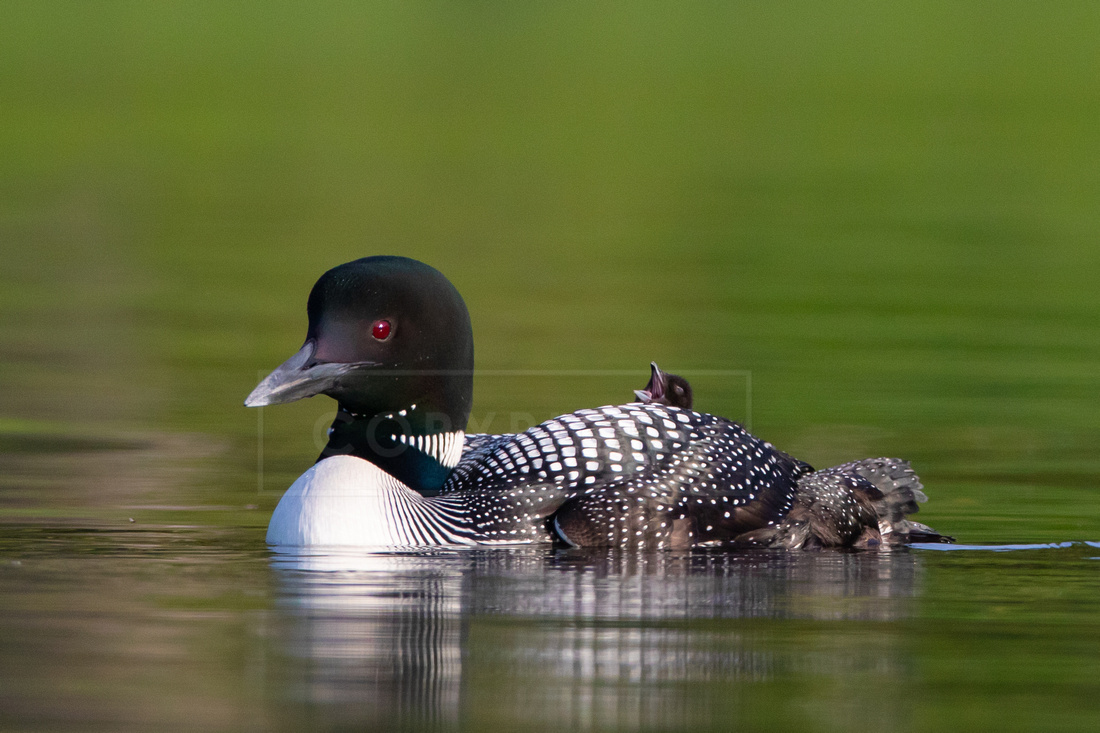 Both chicks seem to be doing well. Both are active, feeding eagerly and exploring the world. One of them seems unconvinced that the parents aren't edible. The older chick was pulling on a parent's feathers yesterday and tried to grab a parent's eye when the parent offered food. At least one of the chicks was still exploring the possibilities of eating feathers. 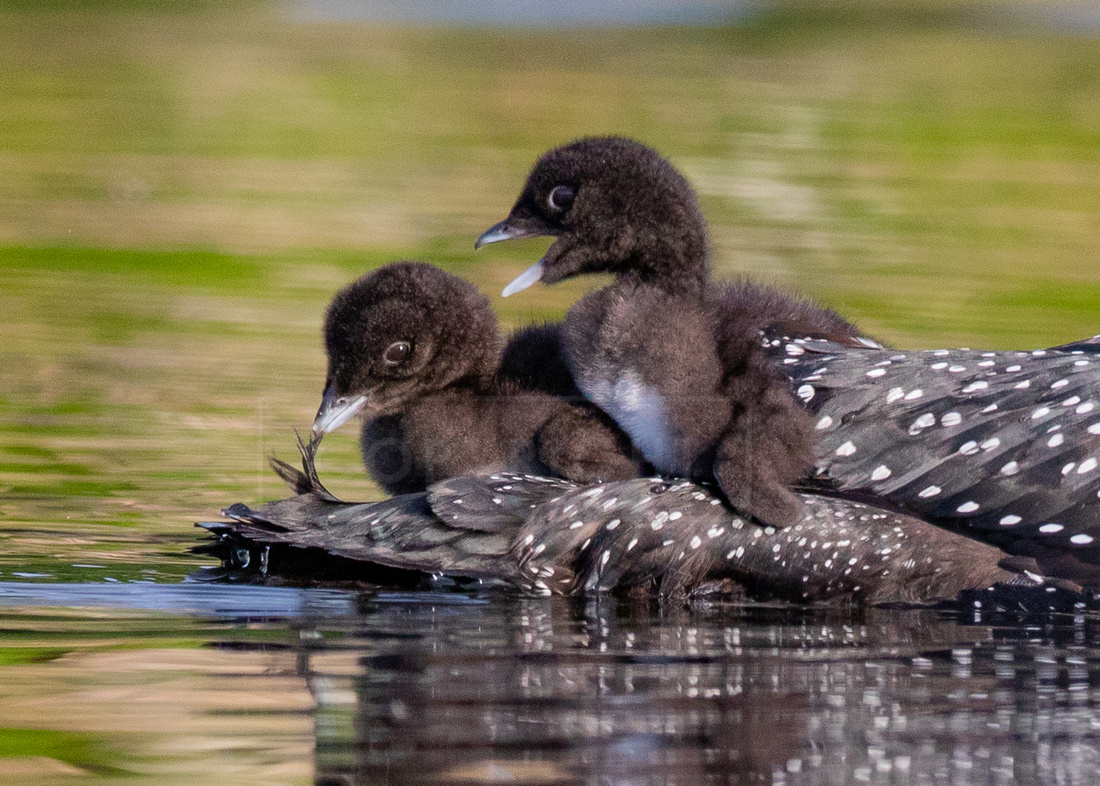 Stay tuned, I'll be visiting with them more as I have a chance.